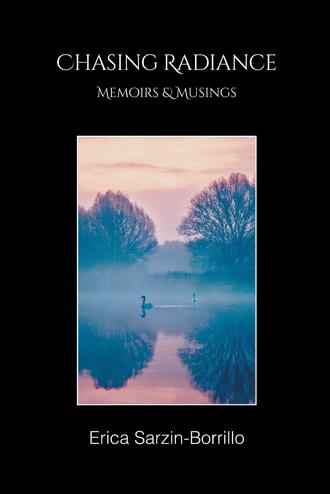 Katykill Mountain Some wounds never heal and need to be tended through one's life. My summer near Katykill Mountain in 1958, would leave me with such a wound. And, as I reflect upon it now, I realize that my terrible hunger to be loved made me the perfect victim for a pedophile. It's truly horrifying to know how many there are of us, and worse to realize how often these offenses occur when loving parents with the best of intentions leave their children at such places as summer camps. I know my mother needed to land in her new life and needed time with her new husband. And I’m sure they felt I deserved a country getaway… Summer camp would seem to be the perfect offering for everyone. I’d been to camp before and had many wonderful memories. I cherish so many, like chasing fireflies in the early evenings, like the costume pageants, the musicals, the dances, the horseback riding, and oh so many more. My summers away were filled with the pure joy of being in nature, something that to this day I simply cannot get enough of. Too bad the cruelty of sexual abuse had to mix amongst the many beautiful experiences that I had had there. Why, though, did it happen to me? Why indeed? Pedophilia is a strange affliction. I say affliction because I believe it is a compulsion of a sad and diseased soul. I didn't think it at the time but lo, these many years later when I think of that 21-year-old head counselor who had his way with me, I feel as sorry for him as I do for me. And oddly, I know he and I share a strange and peculiar bond of some sort that connects us to the many who have been abused and who abuse. What's it all about? Rage? Or is it about a profoundly wounded heart, so wounded that a crime brings persecutor and victim together. In the summer of 1958, I was all of 6 years old when I suffered the trauma of sexual abuse…This became a chapter in my story that would significantly shape me and serve as a most vital aspect of my destiny, despite or because of “fate” …. And for that, believe it or not, I have a certain gratitude. Oh, I would never speak of it to my parents or anyone, for that matter for years. One learns at a very young age to swallow shame and believe me, shame seems to always come with the territory of abuse… And as you may have surmised by now, I was already perceived as a problem child. To my mind this story no doubt would have been one more nail in the coffin. And so, I learned to hold much inside my own soul with secrecy (at least for a while). There were years of quiet, yet with so much to say. But I held it all inside till the time to express would come, and it would come like a flood. Until that time, I would disappear. But then there is this: We find our ways to grapple, “get through” and live with all sorts of trauma. I almost think there is a kind of negotiation within our psyches when it comes to abuse, that allows parts of ourselves to live freely in the world while other parts get sacrificed or repressed…. The ramifications of such wounding never truly disappear altogether. And there is no doubt, a tradeoff for the coping mechanisms one develops when trauma gets packed away. But when I look back to that summer by Katykill Mountain, what remains most potently in my consciousness is actually not my terrible trauma, but the beauty and the magic of that place and time. Of course, one could say that the “magic” was really of my own making, but I must admit, I found myself so taken by our mid-summer evenings chasing fireflies, that the reality of abuse seemed to slip away…. Perhaps this was my childhood encounter with the Numinous, and the with “Kairos time” as they say. But “Chasing Fireflies” became a lifetime metaphor of sorts for me; my little fable about the worth of “the eternal child” who in her inherent belief in Spirit could continuously tap into some greater truth and once again, beauty.

“Chasing Radiance” is a poignant and potent book of memoirs which offers inspiring Spiritual insight and metaphysical reflections drawn from a most unique life. The author shares a personal journey through childhood challenges and a severe chronic illness. Her Mythic perspective so full of wisdom and depth enlighten and bring a personal story into a Universal tale of finding strength and beauty against odds. There are themes that run through which speak to the Sacred nature of life despite or because of our fate and destiny. Ms. Sarzin-Borrillo inspires us to remember the truth of our own Human potential and the way of the Soul. She reminds us to love life... not just part of it… but all. Here is a story of initiations, awakenings, transformation and human potential in the face of the most challenging moments in time.

Erica Sarzin-Borrillo has spent her life in the integrative arts as a painter, healer, and performing artist. She began a form of Soul writing some years ago as a ritual that led to poetry, philosophical essays and conversations with the Beloved. Ms. Sarzin-Borrillo is a Visionary writer and author. Her published works include “The House of Gathering”, and “Oracle of the Divine Feminine”. For more information about Erica Sarzin-Borrillo Go to www.ericasarzinborrillo.com Or www.mythichealingarts.com Email: ericact@msn.com