Misty Fairchild and the Heart of Alignment 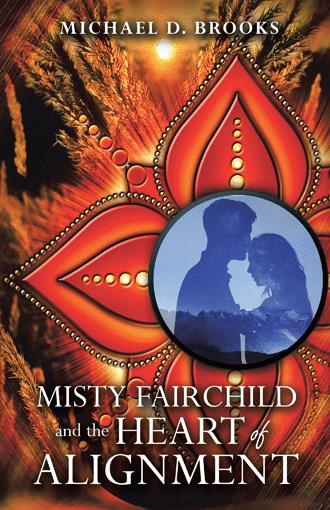 A familiar male voice whispered behind her. “Who are we hiding from?” Misty jumped and spun around. A young man with auburn hair leaned against the sign, his arms casually crossed. He grinned at Misty and Melody. Misty flushed hot then cold. “Jason! You, traitor.” Jason clutched his heart with a pained expression. “Ouch, Mis. We’re just here to bring you home.” “That place isn’t home, it’s a hole.” Misty stepped closer to him, shifting to a softer tone. “But you’re out now, just like us. Come with us. Ditch the Lees.” A shadow flickered in his violet eyes, but Jason’s grin remained fixed. “Can’t do that Mis. You and Melly need to come back with us.” “No.” Melody stepped forward between Misty and Jason. “We don’t.” Melody kicked him in the shin. Jason’s cheeks flushed red. “What the hell, Mel? There’s no need for vio—” Misty aimed a hard kick a little higher. Jason hit the ground with a wheezing gasp. The girls ran. “Oh, c’mon,” Jason’s voice popped into Misty’s mind, even as he writhed on the floor. “You know they love it when you run.” She could feel the hot pain behind his glib warning and smiled to herself. “Might want to get some ice for that, Jason,” she thought back. They headed back toward the buses, hoping to board undetected. Misty and Melody crept along the side of the bus, stopping to breathe, listen, and feel for any indication that they were followed. Melody gulped a breath. “Do you think they know where we’re going?” “Probably,” said a smooth baritone. Misty and Melody whirled around to find Jason leaning against the bus. “Hey, Chiclets.” “Come on, Jason. Just let us go, the Lees will never know. Tell them I kicked you in the nards again.” “No can do, Mis, sorry.” Jason shifted his gaze over their heads. Misty spun around. Adrian and Damian Lee flanked the girls, stone-faced. “Oh my God,” Misty shrieked, “when did you learn to sneak?” Jason chuckled. “You can teach an old dog new tricks, am I right?” Icy energy crackled above Misty’s head from the Lees to Jason. “Yes, Adrian, it’s just an expression. I know you are neither of advanced years, nor a canid. Why are you guys so fricking weird?” Misty and Melody couldn’t move. “Ladies, you know how this goes. Cooperate, and Damian and Adrian won’t turn your brains to mush. We’ll return home all nice and peaceful-like and go back to doing what we do.” Misty strained against the energy that held her. “What we do is unconscionable, Jason. How can you be ok with any of this? None of this is you. What would Joey say?” “Don’t—” Jason barked, raising a threatening finger within millimeters of her nose. He closed his eyes and took a deep breath. “Don’t.” He lightly tapped the end of her nose. He raised his eyes to Damian and Adrian. “Let’s go.” Jason and the Lees followed behind Misty and Melody. Each step brought Misty’s knees straight up to form a ninety-degree angle with her leg before bringing her foot firmly down on the ground in an audible stomp. Her arms remained rigidly at her sides. “My dudes, can you make them look more natural and less high school marching band?” The energy flowed through her limbs in a more fluid motion. Her arms swung languidly at her sides, and her strides grew uncomfortably longer. Jason snorted a laugh. “Stop. You’re gonna draw too much attention if they look like they’re interpretive dancing their way out of here. We’re not applying for the Ministry of Silly Walks, just make them look normal.” The Lees ambulated Misty and Melody into the parking lot to Jason’s incessant colorful commentary, punctuated with pauses in which one or the other of the Lees apparently communicated with him. They stopped at a black SUV. Jason opened the back door. “Ladies.” He swept his arm as if it were a fairytale carriage. Misty and Melody cut their eyes at one another. “One,” Misty breathed. They strained their pinkies until they hooked. “Two,” Melody whispered. “Three,” they shouted. A pulse of bright white light burst from the two of them, knocking Jason and the Lees to the ground. It was enough to throw the bondage off, and they broke away in a run. A sizzle rushed past Misty’s ear as a yellow orb whizzed by. “Dammit Misty, stop running,” Jason called behind them. She looked back to see him forming another orb between his hands. The Lees stood up and faced them, taking a couple of steps forward. “Run Mel!” Jason continued to wing energy orbs at them, but they managed to deflect them. The buzzing pain and nausea grew in her head. She gritted her teeth and pushed forward. A yelp and a thud from behind plus the abrupt end to the nauseating buzz caused Misty to pause and look back. “Oh shit!” Jason scrambled back. “Sorry, sorry, sorry!” One of his orbs had missed and taken down Damian— or Adrian, she had no idea how to tell them apart. Adrian (or was it Damian?) turned to his brother writhing on the ground. Jason hopped on the drivers’ side running board of the SUV watching them over the top of the car, genuine panic on his face. Misty indulged in the schadenfreude of the moment. She pulsed a thought at him, “Maybe work on your aim a bit.” Jason’s head snapped back to her; his eyes narrowed. Almost before she could see it happen, he flicked his wrist, and a tiny orange orb smacked her square in the lower abdomen. Misty buckled to the ground as intense waves of energy spasmed through her, spinning up her spine and electrifying every nerve in her lower body. Melody grabbed Misty by the arms and half carried/half drug her away, but not before Misty caught the arched eyebrow and satisfied smirk on Jason’s face.

Misty and her twin Melody escape an underground government facility where they and other psychic twins have been experimented on for the last five years. On the road, they meet Adam Rowan, his little brother Dylan and cousin Jeremy, who agree to help the girls unite with their family. After the girls are recaptured by Jason Campbell and the Lee twins, Adam and his new friends set out to rescue them. What is the secret behind Misty and Adam’s connection? What is the mysterious Mentor’s real plan for Misty and what is he hiding miles below the earth’s surface?

Michael D. Brooks is definitely a human and passes every “I am not a robot” test on the internet. Her main interests include peace, love, and understanding and engaging with the Collective Shift. She also enjoys cooking, baking, and reading.