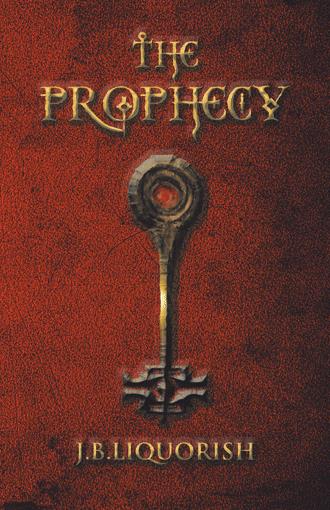 The year was 2000 bc, and times were dark. War had suffocated the world, and all sense of peace had been lost. Foe after foe came, deadly foes, the like of which had never before emerged in the world. But they never walked upon the earth; they ruled the skies and struck down from the high winds like a thunderstorm with powers that seemed endless. Wherever these foes struck, only death, destruction, and fire would remain. Hope for the survival of civilisation waned; however, when humanity is threatened, humanity fights back! Amongst those who would challenge the tyranny, one strong enough to be a commander emerged, and his name was Drake. He chose Aillig and Alec, who were great friends to him as well as fierce warriors, to lead at his side. Under their leadership, a small amount of hope stirred within the city walls and small villages; farmers, peasants, and humble village folk took up arms. But no matter how many rallied to the call, it would not lift any of the leaders’ secretly crushed hopes. Their enemy came from the darkest places of time and legend and was unmatched in every way imaginable. What hope was there against such fearsome demons, the storm breakers, the devil’s harvesters, the dragons from up on high? Over time, the dragons had moved far and wide, but for unknown reasons, they always returned to one place: Scotland! Their immense shadows swamped cities, and they blanketed the skies in giant ash clouds and smoke like fog on a cold December morning. For many years, Scotland was suffocated and buried under an ash age! The once-great civilisation of fishing peoples was no more. Fear and war had shaken the very foundations of Scotland. Spring arose early in Cill Chuimein. The sun broke above the city walls, piercing through the narrow, roughly hewn windows of Drake’s small stone house, disturbing him from his slumber. He rose from his bed, stretching his stiff body and caressing an old battle wound on his arm. It was a nice change to have been woken by the sun for once, he thought; most of the time the light never made it in through his little window or anybody else’s, with the air so full of ash. Most windows were boarded up to keep the ash out. Sleep was something that was only spoken about, never truly had. How could you sleep under such a threat and with the near-constant ringing of the warning bells? During the little sleep Drake did get, he never took off his chainmail, and his sword leant against the bedpost. There was a loud knock on his door. His two friends Aillig and Alec stood breathless at his door. “The king calls for our urgent presence!” Aillig said, panting. Drake grabbed his sword and ran with Aillig and Alec without a further word to the keep. Within minutes, they stood before King Ennis upon his throne in the high keep of Cill Chuimein. “What service do you require of us, sire?” Drake asked. “Victory! That is what I require.” “But that’s not possible!” Aillig’s words spilled from his mouth before he realised the reaction they would cause.

Scotland is on the verge of complete destruction! Warwick is a young man who enjoys a quiet life living with his parents in a small stone house in Scotland. But when a mysterious key emerges with the appearance of an ancient enemy believed to be a myth, his life is turned upside down. Forced into an arduous quest to find answers traveling across the wildest and most challenging terrains in the whole of Scotland, his only aid is a cloaked mystical man.