The Turbulent Past of a Prussian Descendant 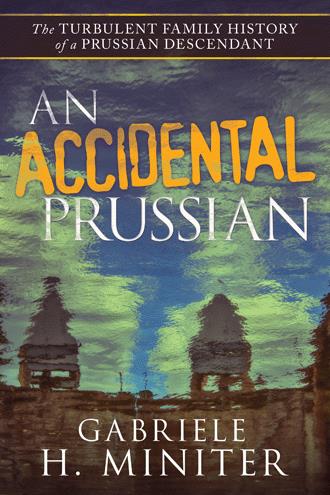 Perhaps no two people were ever more mismatched in marriage than my parents. Ten years apart in age, frowned upon by my father’s family, a free spirit and coming from totally disparate social and economic backgrounds, the marriage was doomed from the start. The fact that Helga’s father was an ardent and extremely active Communist probably did not engender favor in the Hesse family either. It may have been a chance encounter, perhaps a brief affair, but there was only one reason for the marriage to have occurred at all, and that was that I was on the way! On meeting Helga Scholze for the first time, my father’s sister Gerda noticed that Helga had a stain on her blouse, symbolic perhaps in Gerda’s eyes, of the stain being perpetrated on the entire family. But in the 1940’s an honorable man married the unfortunate, pregnant woman, and on the assumption that Wolfgang did not want to shame either her or his family, Wolfgang married Helga on May 15, 1941 in a civil ceremony in Berlin, Charlottenburg. My birth occurred in October of that year. The “Accidental Prussian” had arrived!

While tracing her family history through wars, revolution and terror in Europe, and murder in America, Gabriele Miniter also extensively researched the lives of her Prussian ancestors in search of a connection to her own life of turmoil and heartache. In a fascinating memoir inspired by a curiosity fueled by a personal tragedy, Gabriele relies on information gathered from her own research and letters exchanged between relatives to chronicle the story of her ancestors who lived in a country that no longer exists. After disclosing her paternal family origins as wars began and ended, Gabriele details the tumultuous maternal side of her family as her grandfather transformed into a leading Communist who participated in bloody uprisings in Germany. As she leads others into their experiences that eventually contain a return to happier times, Gabriele shines a light onto how the contributions, sacrifices, and values of her ancestors continue to live in the genes of their descendants. An Accidental Prussian reveals the compelling family history of a German immigrant’s Prussian ancestors as they attempted to navigate through personal obstacles and global challenges.

Gabriele H. Miniter was born in Germany and educated in England and the United States. After spending sixteen years in France, she now makes her home with her husband, Sylvester, in Chapel Hill, North Carolina. An Accidental Prussian is her first book.