Do You See Them? There Are Angels Everywhere! 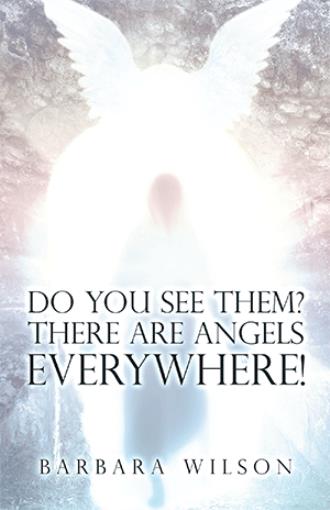 He excitedly told me about having had a near death experience and went on to tell me that the entire time he was ‘asleep’, God was with him. As he awakened, Steve saw Him. At first frightened, he blinked several times to assure himself that he wasn’t dreaming or dead. Upon each eye opening, He continued to be there. Steve said to Him, “Lord, I hope that’s you”; He (God) didn’t answer but instead held both arms out in front of him toward Steve, assuring him that that was indeed who He was. Steve went on to tell me that he was aware that God was telling him that he was alive, and “it wasn’t my time to die”. I recalled in amazement my witnessing Steve speaking in tongues and repeating in English “I’m not dead” during his coma. Steve told me that He stood in front of the door to his hospital room surrounded by bright white light. He was dressed in a long, flowing white robe, long enough to drape his feet. He had a long white beard and hair. He couldn’t remember what other words had been said but was convicted in his faith.

While attending church as a youth, Barbara Wilson often heard of miracles occurring throughout history without any idea that these everyday gifts from God could be so accessible, especially for her. Yet through her own unfortunate experiences with tragedy and heartbreak, Barbara would eventually discover that miracles are available to anyone seeking divine intervention. In a poignant memoir, Barbara offers a candid perspective into her life story with the intention of providing hope and empowerment to those living with addictive disorders or serious medical challenges. While leading others through her fascinating journey beginning with her childhood, Barbara shares insight into what it is like to witness a near-death experience, explores the miracles encountered through this experience and afterwards, and offers ways for others to access and interpret spiritual messages and signs in order to effectively manage challenges and manifest positive outcomes. Do You See Them? There Are Angels Everywhere! is the memoir of a Christian’s journey through life as she learned to accept and embrace the miracles that prepared her for tragedy and ultimately inner peace.

Barbara Wilson is a retired licensed clinical social worker who worked as a substance abuse counselor and psychiatric social worker for decades. After retiring in 2017 from her full-time career, she continued working part-time as a mobile psychiatric crisis Emergency Room clinician until her full retirement in 2020. This is her first book.