Divine Discoveries in History and the Arts

Music, Dance and Spirituality in the Arts, Maria Theresa Duncan 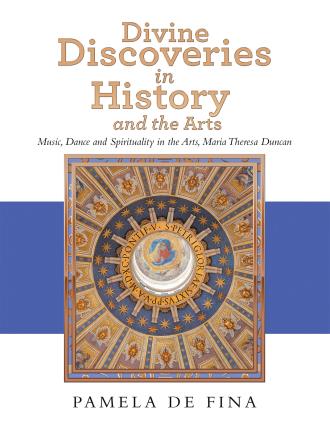 After the death of my Father in 1987, as well as Maria Theresa Duncan, the same year, my world was turned upside down. I was truly protected by my Father, and she in the dance world. My Father was so supportive and said to me” You are meant to represent Theresa ,” She has been very generous to you! I left New York City where I had been residing, at East Seventy-Fourth Street, for nearly twenty years, after living in Santa Barbara, California where I attended UCSB, Graduate and Undergraduate in Art History, before being accepted and attending Villa Schifanoia,in Fiesole, Florence, Italy, Graduate School of Fine Arts, M.A. Art History. I was married to Andre Andreoli, an Artist and traveling to Europe, where he was showing his Paintings, in International Art Gallery’s. He always sold all of his Paintings and to many celebrities. I was intuitively guided to reside in Versailles. I was unaware of the discoveries I would find there. As my Father once said to me before I was leaving for Switzerland, “Now, what discoveries will you make this time?” He was always my closest confidant and best friend aside from being a wonderful and most devoted and loving Father. He understood me totally. I was a completely, Fathers- Daughter! I loved Versailles, and spent nearly every day, between the Gardens, the Chateau, and researching my family name and history in the Library. I was fascinated, by the beautiful Ancient Texts, and found a very rich History, written in Latin and Ancient French. Thanks to the generosity of the Library , I was able to discover the origins of the name De Fina, with a dauphin on the Blaison or (Crest), as my Fathers has. Dauphin, in Latin is - Delphinus ,which recalls the ancient city in Greece, Phocide, origins of the Allobroge race, the first Ancsestors of the Dauphinoise territory, which extended from Milan to Vienne and Lyon, to Geneva Switzerland. Patria Delphinatus-“ Dauphine.” Apollo Delphinios, was adored in the 6 c. B.C. at Delphes,in the form of a Dolphin, on the island of Delphi. The founders of the first race of Dauphins, originated from a Venetian family Delfino. The ancient name for the territory- Dauphinoise , was Le Viennois, which became Le Vienne., derived from Venice, the Italian Republic. The real meaning of the Word-Symbol, “Dauphin” is Christian . Beginning in Ancient times, it began to prefigure the character of Christ the Savior-Fisher of men. The Dolphin, and Fish, (Poisson) , was a friend of fishermen, and celebrated by, Esope, Herodote, Pollien, and honored in the Greek, Etruscan and Galois temples. The image of the dauphin-poisson or (dolphin-fish,) has been since the beginning of Ancient times a Christian symbol linked to Christ, the Guide, and Savior of Marines Expeditions . Christ is the Guide and Savior of all Mankind. The Dolphin lives in water and nourishes the people. After having researched extensively in Versailles, I decided to visit the Ancient Territory Dauphine. I first went to Uriage-les-Bains, near Grenoble, and the Monastery of Chartreuse. Afterwards, I was intuitively guided by an inner voice, to go to Abbaye St. Antoine, a Medieval Village where the Knights of St. Antoine, the Egyptian Hermit of the Desert, who was the Founder of Monasticism in the East, and built Monasteries and Hospitals, to heal the sick and dying, of which, one still remains there. His Relics were brought there by a French Noble Woman. I had in my possession my Fathers Crest or( Blaison.) Blue and Gold with a dauphin en chef nageant au naturel. I was introduced to Gisele Bricault, author of-” Un Décor Pour L’Histoire Dauphinoise,” and other books, an expert on Dauphine, who after consulting with the Conseil Delphinal, called me and told me that yes, your Fathers Crest-(Blaison), is a big thing, and you can find it, registered in J. B Reipstap, under Fino (da). “ D’Or a’ la Fasce d’ azur, soutenue d’un demi pal de meme, le taut accompanied by a dauphin en chef nageant au naturel.” She had consulted with Le Conseil Delphinal! The dauphin en chef was originally attributed to High Government and Religious Officials. The Order of Military and Religious Knights. The TAU in Blue Azur was the Symbol of the Cross, and placed on their Religious cloaks, worn by the Knights, as a cross of blue enamel laced with gold. This was their sign of distinction as an order of Hospitaliers Antonins ,of the Middle Ages in the XII century. Most of the Da Fino line originated from Milan, which was also Dauphine in the year 1000 A.D. It was originally an independent ancient, Medieval Province ruled by the Dauphins or the Princes that carried the title of Dauphin, and the Symbol on the Blaison.(Crest) It was the Symbol of Christ the Savior , as well as a title of Nobility. This race ruled for 300 years, between 900 until 1349 A.D, when it was sold to King Phillipe De Valois of France by Humberto II Dalphino, of whom it is said he was relate to.. The Princes of the Sons of the Kings of France were the only ones given the name and title of Dauphin. In LaRousse Encyclopedia- DeFina, is from Province. I am not going into a detailed chronology at this time, I will elaborate on this history later in another book.

The book reveals the creative and innovative discoveries made as a result of in depth research, and years of Graduate studies, beginning at the Villa Schifanoia, and Villa I Tatti on Renaissance Art in Florence, Italy. The Metropolitan Museum of Art in New York City with Maria Theresa Duncan and La Bibliothèque Château de Versailles. The Renaissance Culture known as Humanistic, Humanitus, as depicted in the Sculpting and Paintings of Michelangelo, Sandro Boticelli, Raphael, Da Vinci and others. Man was in balance with the Greater Universe, Art and Architecture. Beauty and harmony are seen in all the Paintings and Sculpting! Tracing history from the time of the Ancient Greeks, who practiced an interdisciplinary approach to the Arts. Classical Music was first used in the development of Modern Dance by Isadora Duncan and Maria Theresa Duncan her adopted daughter, whom first danced to the Beethovens Symphony 7, The Allegretto, and taught the choreography to Pamela De Fina directly, has been faithfully practicing it daily, during the Pandemic and has discovered it’s living Spirit!

Pamela De Fina whose name is an ancient symbol of Culture, the Dauphin, Dolphin, has always followed her dreams and life callings. From an early age she had a love for the Fine arts, dance, music and travel. Growing up in Palm Beach Florida, she was surrounded by an International Mileux of Diplomats from the UN ,and famous tennis players, as her Father was on the UN executive committee and Pres of FLTA. Her passion and love for the arts began as a young child at Imperial Studios in Palm Beach where she studied ballet at Imperial Studios, and performed at the Royal Poinciana Playhouse under the direction of Joanna Kneeland.Her first degrees were BA El. Ed. and Art History, at FAU, and UCSB in Santa Barbara, she researched and studied at the Villa Scifanoia, then Rosary College, Grad. Program MA Art History, in Florence, Italy.