The Magic of Life

Freedom from the Mind 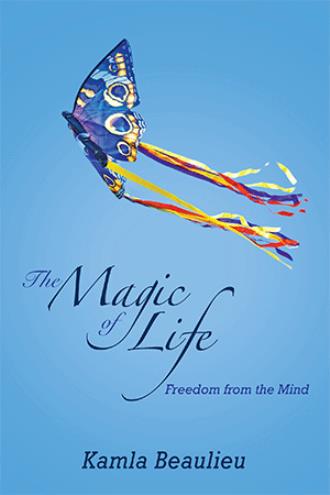 The cosmic game of soul's seeming separation, getting lost in the world and then reuniting with itself has been the only game played on earth since time immemorial. No one, not even a diehard atheist or even a theist would disagree that there's only one life animating entire humanity. As matter of fact all sentient beings. Furthermore the one life is conscious. God and guru are our chintzy attempts to dress up the eternal aloneness which is believed to be a terrifying black hole by the humanity. Spirituality begins where religion ends. Spirituality is the ever fresh and direct taste of the divine. The soul is the unit of consciousness turned inwards, where alone is to be found the kingdom of God. The attention can attend to only one thing at a time. Think in the head, feel in the heart or focus on the breath. "Looking inwards, freed from thoughts, there was nothing to do, just be. It has been the hardest for me to give up my outbound dynamism, finite excitements and thrills for inbound passivity of the being. To hang out with Shiva at his depth of stillness, initially was an acquired taste for me. But now a blessed addiction, matchless supreme joy! The gift darkly wrapped in layers of complex psychological half-truths and delusions was starting to reveal the radiance of the jewel within it. When in love, especially over flowing love, words such as Existence, pure consciousness or even Truth sound like dull and dreary clunkers. The word God shows up as the lover's name for pure Existence or Truth. The mystics in the East after awakening from the illusion of the mind have roared with laughter at their turbulent and sweaty search for that which can never be lost.

In a memoir penned with flair, fire, and humor, Beaulieu invites us to join her in her evolutionary transformation as she liberates her personal consciousness from the choke hold of ego. She is aided in her flight to freedom by mind-expanding substances, international travel, and remarkable teachers including Ramana Maharishi, Adi Yogi Shiva, modern-day mystic Byron Katie, the elusive Jed McKenna, and others. Beaulieu shows us how she broke through the darkness of her own mind’s making to reach the light of pure consciousness. With irrepressible joy, she shares the wonder and magic of her new and fulfilling, yet simple and ordinary life. Fueled by existential angst, Kamla embarked on an unforgettable journey of self-discovery to determine the meaning of spiritual freedom and enlightenment in today’s world. Her unwavering, ever-deepening focus is on being part of the human equation—that which is beyond all distinctions of race, religion, gender, color, caste, and what is perfect and imperfect.

After reaching retirement age and selling her physical therapy practice, Kamla Beaulieu left the known world of her life on Maui, Hawaii, for the unknown of a small village in Mexico, where she now lives and writes. The Magic of Life is her first book. She can be contacted at kamlabeaulieu@gmail.com.