The Journey of Truth

Chronicles of a Peaceful Warrior 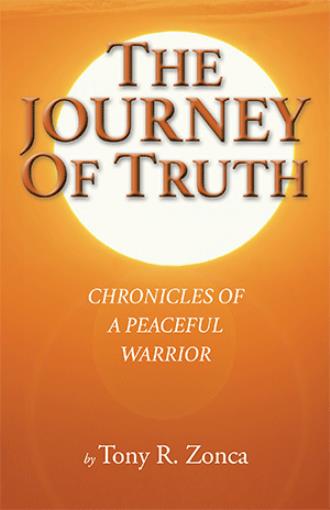 While in meditation: An energy came upon him. It was unlike anything Ray had previously experienced. His entire body was blanketed by a powerful force. He strove to maintain the bond for as long as possible. Soon after, he found himself suddenly overwhelmed; his body lunged like a jackknife. He gasped for air as one might do when holding their breath after staying under water for too long. Before realizing it, he was bent at the knees and sitting upright; and his meditation session ended abruptly. The following day Ray was better prepared: this time he heard a voice, “My dear brother, I am the one you call Jesus. We (Jesus and angel guides) have been with you throughout your lifetime—assisting and guiding you. When you were a young boy dying, We were there to protect you. When you became lost, We were there to redirect you. In darkness and in joy, We’ve always been there.” . . . their communion continued and eventually ceased: Ray wept from a profound sense of humility and bliss. A spiritual uprising, and a spiritual renaissance was about to begin!

The Journey of Truth is a Divinely directed true story. You are invited to learn and grow with Ray as you travel with him through the turning points of life. His near death experience as a young boy set the stage for the journey to come. As a young man, Ray’s struggles with drug addiction and despair, become the catalyst for his desperate cry for help. A moment of truth that would change everything. It delivered him to the love of his life, his spiritual awakening and newfound faith; and in time, visitations from Jesus which he is now directed to share with the world.

The truth be known, Tony R. is dyslexic. He considers overcoming the challenges of dyslexia a victory when becoming an author. “We are truly only limited by the limitations we place upon ourselves.” The first thirty years of his professional career were in advertising and as a business owner—writing a book was quite unexpected. Touched by the Hand of God through visitations from Jesus, he’s been Divinely chosen and directed on this path. “It is my journey, one that could not be ignored or denied. Every moment of my life has brought me to this very moment—introducing you to myself, my story, and my message, His message."