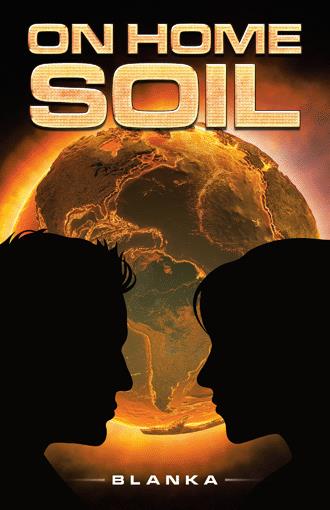 The explosion shook the whole of Johannesburg and deafened the entire world. First, a bright light flashed and the earth trembled as though shrugging. Then people were lifted clean off their feet like rag dolls shaken by a belligerent child, as TV screens went blank and remote cameras spun in all directions. Debris snowed everywhere. Everyone within a three-mile radius of the Hilton Hotels complex heard the loud boom like a giant's shriek of pain that deafened ears. Shock was immediate. Drivers spun their vehicles off the road, crashing into one another, and leveling pedestrians. For two long minutes, confusion reigned as men, women and children ran for cover or hugged the concrete. Bright streetlights that beautified the streets of the capital city suddenly blinked off, plunging buildings into a harsh dusk of advancing night. On the Hilton grounds, everything was in disarray. Concrete, steel and body parts lay everywhere. It was long moments before bodyguards and secret service agents gathered their senses enough to drag their stunned charges to the ground and draw their weapons, staring nowhere in particular for an enemy that would not reveal itself. All was in chaos. Then silence fell. For an eerie moment, nothing moved and nobody said a thing. Even terrified birds seemed to comply with a period of motionless silence. Eyes darted furtively left and right, and frayed nerves stayed on edge. The first shrill scream of a woman rent the cold night air. Suddenly, everyone was painfully aware of the situation and wanted to do something. "Good God! There are people in there!" someone exclaimed in shock, pointing at the hotel that billowed thick black smoke and flames. "Oh my God, somebody help them!" yelled someone else. Women fell faint, men started to throw off jackets and roll up sleeves, hurrying for the entrance to the building. The smoke and flames kept them back. "Water!" somebody screamed. Vehicles started up as those who had survived with minor injuries realized how much they wanted to not be there. Debris was scattered everywhere, but cars maneuvered through, blaring horns, carrying their valuable human and material cargo. Without warning, a few reporters remembered their jobs and hurried their crews towards the heart of the chaos. "Where the hell is the fire truck?" As though in response, a distant siren could now be heard, harsh and persistent, growing louder with each passing second. "Help me, please! Somebody help!" It was a middle-aged woman, whose formal grey skirt was torn and matted with blood and dirt. The blood was from a cut on her forehead and from somewhere on the body of the unconscious man whose head she cradled in her lap. A black man stumbled blindly out of the billowing smoke at the hotel entrance, coughing and retching violently. A reporter ran up to him and caught him before he fell to his knees. Ignoring his cameraman, the reporter yelled at no one in particular. "Somebody get an ambulance!" As though hearing him, two more people stumbled out of the burning building, heaving and gasping. The smoke was everywhere. "Where the hell is that fire truck?" the reporter bellowed as he helplessly watched the flames grow from within and begin to envelope the magnificent structure. A red fire truck thundered down the street and tried to beat the traffic at the entrance to the hotel grounds just as the first ambulance appeared in the distance. As though tired of waiting, the building seemed to heave one last heavy sigh and then collapsed upon itself.

When the deadly and elusive Ahmed ibn Facquard bombs the World Peace Summit at the Sandton Hilton Hotels Complex in Johannesburg, South Africa, the world cries for blood. Led by a reeling United States, calls are made for decisive action to be taken apprehending the terrorist who for all appearances is being protected by his home country. In a chilling race against time, two unlikely agents are brought in by their respective countries to track down and eliminate the threat “by any means necessary.” The hunt begins in the ruins of the demolished building and in the backstreets of a lowly oil-drilling settlement in Nigeria, and culminates in a high-stakes, no-holds-barred showdown in a mansion On Home Soil in one of Nigeria’s bustling conurbations in which the two agents are pitted against each other and against a terrorist whose origins conceal a deadly secret.

Blanka is writer with more than ten years of freelance and ghostwriting in fiction and non-fiction across several genres. He holds a BSc. in Mechanical Engineering from Obafemi Awolowo Univeristy (OAU), and a Postgraduate Diploma in Computer Science from University of Ilorin, both in Nigeria. Blanka holds a third-degree black belt in Karate.