The Sacred Sojourn of NOW 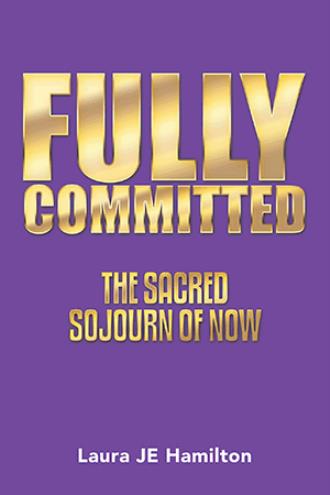 This is a controversial tale to tell because it exposes the lies that have been masquerading as truth for longer than we can remember. His-story has been sold as ours and good people have traded their TEEAM of energetic resources: Time, Energy, Effort, Attention, Money for an illusory life that feels empty without loved ones to share it with. We have been conditioned to compete with others in order to look out for me and mine when the Divine asks us to shift our focus from #metoo to #wetoo for we are all in this together and must remember that the way we know we are suffering is when we see another suffer. Before the sacred was capitalized on and turned secret for the benefit of the few, at the expense of the many, there was a question asked of those who wished to become law’ds of their lives by learning how to use the universal laws that direct life in this material reality. That question was “How do you know when you are suffering?” In order to gain access to the sacred in-sights wise students of life had gleaned from their journey and gave freely to those with eyes to see and ears to hear truth in all of its simplicity one had to demonstrate compassion for life, lest their demons cause strife in the communities they came from and would return to when they were through. The truth has been hidden beneath lies designed to control and confine anyone willing to submit to an outer authority to write the script of the life we came here to lead as originals. Most have heard the line “To be, or not to be: that is the question” from the Shakespearean play Hamlet where the main character contemplates the purpose of life and suicide while speaking his thoughts aloud despite being alone on the stage (called a soliloquy). What we have failed to see is that we are each being called to answer that question by lawfully claiming the right to lead our lives as we see fit (self-govern) despite the fight that comes with reclaiming our power from corp-orations that need our TEEAM to feed the machine. In the Shakespearean play As You Like It he reveals more truth but mixes in an agenda that begins to erode our belief in our ability to choose the roles we will play in the life we lead: All the world's a stage, And all the men and women merely players; They have their exits and their entrances, And one man in his time plays many parts (Jaques, Act 2 Scene 7) This part is true and you are called to fill in the rest your own way by righting the wrongs present-lie said to be best, lest your soul be made less whole because you sold your cells to an-other before seeing how that tied you to a ship mast (flagpole) that is going under. Pirates will plunder (steal goods from a place or person, typically using force) for that is what they do best and in order to recruit you they will make you feel less. This is where our fears and insecurities are preyed on by energetic entities we were taught to revere yet many have failed to see how the light and dark gather legions that take our TEEAM whether that be in the name of freedom, spirituality, politics, business or religion. Our energy is what entities need to feed off of and the longer we stay focused on ‘us vs them’ the longer we miss the point that we are all in this together. We have been duped and must see the truth behind Plato’s “Allegory of the Cave.” An allegory is a story, poem, or picture that can be interpreted to reveal a hidden meaning, typically a moral or political one. The gist of the cave allegory is that a group of people live chained to the wall of a cave all their lives facing a blank wall with shadow projections from the fire behind them. The people give names and meaning to the shadows and believe them to be part of their “prisoner’s reality” even though they were not accurate representations of the real world. Plato’s allegory portrays a philosopher, or ‘woke’ one, who has freed themselves from their chains and managed to step outside the cave to see what the shadows really are. When we return to share our findings with those who have never left the cave, our stories sound ‘too out there,’ far-fetched and unbelievable to those still oblivious to the lies they don’t want to think they’ve been deceived by. Cognitive dissonance is an internal battle between the known/familiar and unknown/unfamiliar that brings up uncomfortable emotions we don’t know how to process because we’ve been living in an emotionally repressed society we were led to believe we were free within, but only to a point. I crossed that line when I ‘woke up’ and got myself locked up under the Mental Health Act which exposed the current-lie corrupted system in a way I hadn’t expected and may not have believed had I not experienced it firsthand. It was a traumatic experience and I traumatized many of those closest to me by going through it very publicly. I scorched a lot of Earth around me by letting my scared side run the show and I got to reach some very low points emotionally for having done so. After two and a half years obsessing about ‘the book’ that took so much of my TEEAM, I followed my inner guidance to make a crazy call to do what this book is meant to do now but my plan and the Divine’s plan had a different timeline and that version of me couldn’t write this story until I lived it.

In the journey of writing FULLY COMMITTED The Sacred Sojourn of NOW I was called to live fully and learned how to claim our right to do so, as men and women standing in our power where life is lived and evil is NOW being fried like the BBQ Business that tried to convert us into less than our best.

Laura JeH is an Empowerment Coach with an alternative approach and quite the tale to tell about how life opened her eyes to the pattern of placing her power outside of herself. NOW she is helping others recognize the pattern so we can all be the authors of our own lives.