The Diaries of a Caregiver 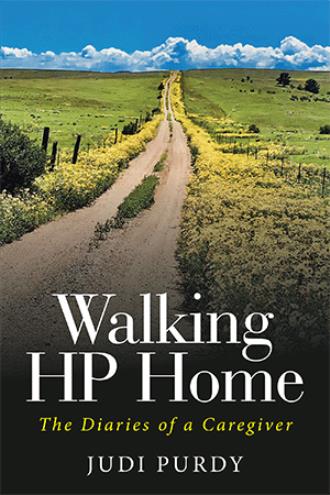 HP and I moved to Costa Rica. The path was longer than predicted, but there was no way of knowing it would take four years for our remote Colorado log home to sell. Honestly, over the years, I lost the vision of moving to a foreign land. HP did not. His vision became clearer. At the same time, mine became fuzzier. The idea came when HP and I were at a martini bar in a close-by mountain town. The owner came onto the patio and blurted out, "I need to get the heck out of here and get back to Costa Rica". My first reaction was, he must be having a meltdown. My second reaction was, where is Costa Rica? Is it an island in South America? Sitting in the sun with a martini in hand, in the mountains, the name Costa Rica stuck. HP bought and read travel books. We watched International House Hunters each evening. The attraction grew stronger for an easier pace of life, lower cost of living, and a faster retirement. We told the kids of our plans. They knew we were serious for two reasons. First, we moved a lot. Usually, after 8-10 years, we got an itch to change our surroundings. Second, they knew we were serious when they saw the For Sale sign. Both kids got busy creating their visions of moving and starting a family commune. They moved to Costa Rica before us. Everyone's vision was crystal clear, except mine. I was getting cold feet. Not selling the house was my safety net. When it sold in February 2012, finalizing the sale and massive downsizing kept my mind busy. When the last task on the list was complete, my fear of this big move took hold of my emotions. I texted our daughter and said, "I can't do it." Her response was, "Oh no you don't. We're already here. All you have to do is commit to one year." After a year of living our own versions of our visions in Costa Rica, the kids moved back to the States. There was no clear path for them to get residency. Our family of five was now a family of two. I was able to move on because of our growing friendships. I have never experienced such profound, tight, strong bonds. I am forever grateful for my friendships with other ex-pats and Ticos. This doesnt mean our other relationships are not deep, because they are. It is just different with ex-pats. We enjoyed our friends who are family. Retirement became a reality for me. HP continued working. He remained passionate about his career. HP and I found ourselves with different interests. It happened gradually. I didn't realize the shift until the day we separated. We never discussed divorce, nor did the separation ever feel final. By the end of 2015, my emotions plummeted when I found myself alone. We had moved as a family of five, and before 2016, I was a family of one. After a fair amount of time grieving my losses and, during my moment of surrendering, an idea (universal download) came to mind that allowed me to buy some time until I could decide where I wanted to land. With a large ex-pat community, there were many friends traveling back to their homelands for extended periods of time. Like HP and me, their houses were beautiful, and everyone felt at peace when our homes were being watched over while away. In comes my idea. Surely, there are folks who would love a house/pet sitter. It became a win-win for all involved. They could be away for long time periods. I could watch their house and love their fur kids. Eventually, I would figure out what to do next. House/pet sitting gigs bought me an additional year. My path led me back to Colorado. Our sweet spots were 3,262.5 miles apart, but our separation never seemed final. We both had lost the clear vision for us bridging our divides. It didn't seem impossible, yet we couldn't find a path. It was a confusing time for me in terms of, what happened? How did this happen? What was the universe trying to tell me when I lost so much with this move? It all happened in a short amount of time. Once back in Colorado, my sadness turned into peacefulness. I was now living in a town that I always dreamed about. I was in the same country as my immediate family. I had my beloved Colorado climate, change of seasons and all. If and when HP decided to move back, we would take it slow, let the universe decide the best timing. We knew that after two years of not living together, we had become different people. It would be important for us to take the time to get know each other and, hopefully, fall back in love with the new people we had become. In Costa Rica, HP fell and broke his left hip, left thumb and had a hernia injury, all in the same day. He texted me and said a friend was taking him to the hospital, and said, "it's not good". That evening, he had 3 surgeries, hip replacement, a plate inserted for his broken thumb, and hernia repair. I told him I was flying down. He said, let's wait until I hear from the doctors. The orthopedic doctor was concerned about what he saw when he replaced HP's left hip. The bone had the consistency of Swiss cheese. He suspected cancer. An oncologist was called in quickly. Further testing showed HP's non-small cell lung cancer was Stage IV. He called and asked me to come quickly. He said, "I need you". He received his diagnosis on June 24, 2017. I was on the plane June 25, 2017. It was on this day that our confusion about reconciling became very clear. It was the easiest, big decision I have ever made. We were reconciling.

Battles and fighting were cancer words we did not use. We chose to climb the mountain. Our hike up a very tall mountain was unplanned. It was as if the universe picked us up, took us to the base, dropped us off and said, climb. We were no more prepared for his diagnosis as we were to climb Mt. Everest. Together, we had an amazing climb. Day by day, we learned more about a cancer journey than we ever wanted to know. Quality of life, enjoying our limited time together, and falling deeper in love were the rewards that motivated us to get up each morning and face that day's hike. In our own way, we wildly succeeded. Writing was my therapy. I simply started with two sentences, the rest flowed. My written therapy turned into a book. I share deep feelings. Our journey has been the richest experience of my life.

Judi grew up in rural Michigan. Her formative years were humble. Instead of college, she followed her dream of working for the utility. Climbing the proverbial corporate ladder gave her confidence. HP came into her life in 1974. He was attracted to her confidence. She was attracted to his worldliness. Each were attracted to their differences. Together, they were a complete set. They were both teachers and, eventually, entrepreneurs. For a work/life balance, she immersed herself in reading spiritual authors, practicing meditation and yoga. She found this avenue to be centering and calming. She credits these years of immersing in spirituality as the best preparation for what was to come later in life. Supporting HP when he needed it the most was the most rewarding and beautiful gift she could have ever asked for. Early in life, he was her rock. Later in life, she was his.