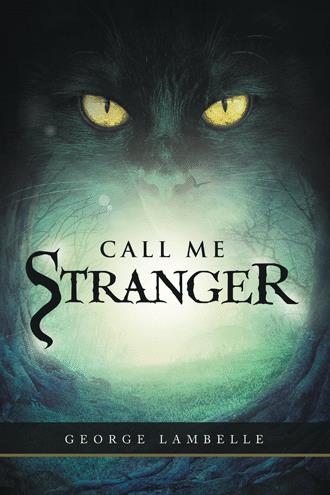 Call Me Stranger is a fantasy for adults which retains our childish love of the magickally impossible. Yes. Magick, not Magic is what counts in this romp where Evil takes on Good. The war between Darline and the Cat didn’t really get going for a thousand years after Darline was burned at the stake for Witchcraft. Cat did all a faithful Familiar could, but Time Rules tied his paws as he fought to prevent the newly Evil Darline wreaking havoc. The shy accountant, Norman Boosbeck, didn’t even know he was a Warlock because Magick died off centuries Cat’s team of Witches all carried their own weaknesses – dipsomaniac Erin, kleptomaniac Lydia, or pipe-smoking smelly tramp, Ramona. They were joined by the brattish child-medium Melanie (who was also the lovely adult Alice, sent to inspire Norman) and the dapper Warlock hypnotist, Darren. Irving, a dwarf from an unknown planet, met Cat in Limbo after getting lost in Time. However, Cat appointed him unofficial leader of the eccentric gang intent upon bringing Norman back within the Magickal fold. It was difficult! Today’s world couldn’t even spell ‘magick’, let alone use it. Everything went wrong when the man in Darline’s life, Lord of the Manor, Sir James Hawkney became a pawn in the ambitious schemes of the King’s Prosecutor, Hubert, and Cedricke, the Executioner. Marching sheep, talking rabbits, four-foot frogs, twelve-inch crickets and three very worried Spirits didn’t help much, either. At the centre of it all, though was the vain, enigmatic and unpredictable Cat. Whose side is he really on…?