Memoirs of a New England Lass

With Questions to Ponder 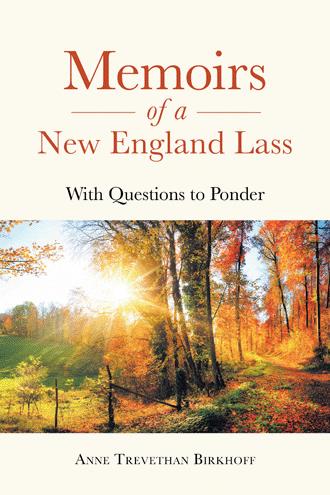 Summer evenings in late August on my Freeman Avenue front porch gave rise to my macabre instincts. My hometown, Stratford, had been founded in 1639 and was replete with haunted houses. Since stories abounded with which we kids grew up, it was quite natural for us to be enamored with ghosts, poltergeist, and other occult creatures.

By the time August rolled around, summer vacation was coming to an end and Halloween was just a few short months away. Thus, around seven o' clock each summer evening, the neighborhood kids convened on my porch with me reigning on the top step just as dusk started to gather in the night. From time immemorial, older kids had held younger kids spellbound with tales of terror; who was I to break tradition? So it was that interspersed with our nightly games of "pididdle" (who could spy cars with one-eyed headlights first), and contests of best cartwheels and longest headstands, we older kids took great pride in scaring the begebbers out of the little guys just before their moms called them in for the night. So went our summer evenings.

But, the piece de la resistance of my porch ghoulishness occurred two nights before Halloween when I was eight years old. October 29th was a cold, crispy New England night – a night just crying for ghosts and hobgoblins to howl their blood curdling chants. And howl I did, but with one minor change. This scenario of hideous haunting took place on my back porch in the pitch black after dusk had long since gone to bed.

On this night, one of my best friends, Barb D., and I took it upon ourselves to teach the youngsters of the neighborhood a lesson in sheer terror. We perched ourselves on the top step of the dark porch – the largest step and the one closest to the back door light, before we commenced groaning sinister threats to the little kids whose bedroom windows backed up to my yard.

"Ooooooh! Beware of ghosts and boogiemen. They're on the prowl tonight looking for little kids who are still awake." On went our liturgy of threats.

To be safe from our own "scaredy pants" selves, however, we checked in the kitchen door window several times to be certain my parents were still doing the dinner dishes. There was Mom washing the pots and pans and Dad, as he did every evening, drying and putting them away as he and Mom talked and sang their way through the chore.

As the intensity of our howls increased, however, so did my Mom's requests for us to cease and desist.

"You two had better stop all that noise or the neighbors will call the police", she warned several times. The common maternal threat during that time period was that the neighbors would call the police no matter how minor or major kids' infringements of the law might be. Since the police had not arrived yet, her pleas went unheeded. On we wailed into the night.

Then, out of sheer frustration, Mom lowered the window shade, an act that prevented us from seeing into the kitchen. And as if that were not enough, she locked the back door. Yikes! We could no longer either see into or get into the kitchen. We were stranded. To step off the porch and venture around the side of the garage that was about ten feet away to reach the front porch was out of the question. It was pitch black and we had no lights on that part of the house to guide us.

Then it happened. A low whimpering growl came from near the garage. We froze on the top step. Had we truly elicited dark spirits from the bowels of the earth? Was that the noise they made?

We panicked. We beat on the door, pleading with my mom to let us in. With that the back light went out. No response came from inside. Had she left the kitchen and not heard us? How could she not hear us screaming even if she were in the living room watching TV?

The growling grew louder AND closer. It was edging its way down the side of the garage soon to be at the foot of the porch.

Suddenly, a deep anguished cry followed by the appearance of tiny bits of dark, trembling fur at the corner of the garage intensified our terror. Jumping up and down, calling for help, clutching the storm door handle, we became hysterical as our knocking on the back door reached maniacal proportions.

"Mrs. Trevethan, please let us in," wailed Barb. We were both frozen in horror. 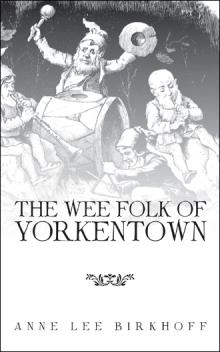 Memoirs of a New England Lass is an eclectic collection of memoirs about growing up in New England in the 1950s through the early 1970s. From nature walks at an early age with her father to her first day of teaching high school English at the age of twenty-one, the author reflects on her true life experiences. You may laugh, or you may cry at the life lessons the author learns in the varied situations in which she finds herself. The section entitled Questions to Ponder at the end of each selection provides readers with an opportunity to think back on their lives and encourages them to compose their own life stories.

Anne Trevethan Birkhoff (aka Anne Lee Birkhoff) was born in Washington, D.C. but lived her early years in Connecticut. She holds a Bachelor of Arts degree, a Master of Arts Degree, a Professional Writing Certificate and a Registered Nurse’s license. She taught high school English, Drama and Journalism for thirty seven years in both Connecticut and California. As a nurse, she spent time in the operating room and in labor and delivery. She is also the author of The Wee Folk of Yorkentown. Anne currently resides with her family in San Diego.