Union of the Masters 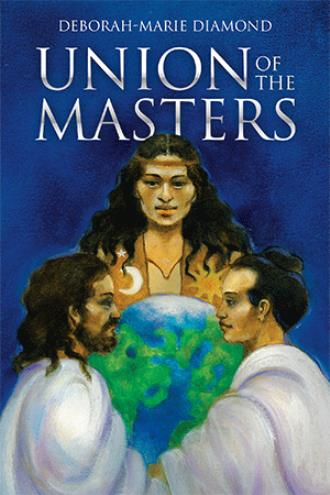 Union of the Masters is an inspirational novel about Christ, Buddha, and Running Bear Eagle, an Apache Medicine woman coming back to Earth at the same time and place to assist in our planetary conscious evolution to beings of love and compassion. As the story unravels in coastal Oregon, each of these enlightened beings share not only the essence of their spiritual teachings, but also grace us with their humanness. The novel transports us past our mind set of separation and demonstrates how to live a life of unity and love, bringing humanity and our planet back to wholeness.

Deborah-Marie Diamond, M.A. is a pioneer in quantum healing and has helped thousands of people around the globe. After graduate school at the University of Colorado, she studied herbology, western nutrition, acupressure, and Ayurvedic nutrition. She realized that the future of health was in quantum healing, so she embarked on an intensive ten-year training with native shamans and medicine women. She is the founder of Circle of Life Center, a three-year certified Healing School, and Diamond Mystery School. She is an Insight Meditation Teacher, and a New Thought Minister. She has been active in the environmental movement for decades and is presently working with the Pachamama Alliance. Her religion is love. She is dedicated to the awakening of our planetary consciousness that we are intrinsically interconnected—the fundamental principle of oneness. She lives and teaches that living in sacred relationship brings awareness, peace, and health to all beings and the planet. She is currently public speaking and lives in Asheville, NC.