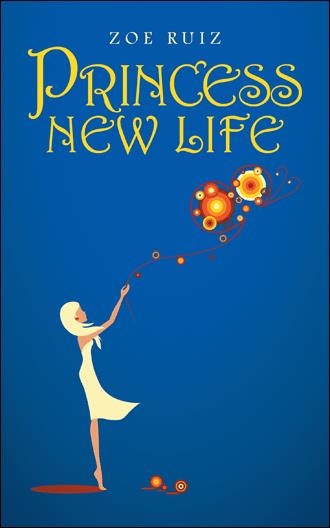 Once upon a time there was a girl named Rose, she lived on a tropical island where the fish played in the ocean, the birds sang in the trees, and the palms danced in the sky. One day Rose was working in the clothing store when a Prince from a far far away island walked up to her and gave her a flower. The Prince instantly fell in love with Rose’s beauty. She was the most beautiful girl on the island. Her big smile radiated and blessed everyone who was lucky enough to be in her presence. Her long thick dark hair shimmered and danced as she moved. She was the picture of perfection in her navy blue dress, red lips and high heels. Rose’s friends at work were impressed and charmed by the Prince. They all wished the prince had eyes for them, but he only had eyes for Rose. Rose’s family were also charmed by the Prince. His rich, glistening robe and his white sparkling skin won over everyone on the island. But Rose didn’t fall in love with the Prince, Rose felt uneasy around him. She could feel something wasn’t right. She saw glimpses of darkness around him when no one was watching them. Rose was already in love with another islander boy she knew. He was poor like Rose and had a simple life like her. No one knew of her love for this boy, only Rose. Rose didn’t love the Prince, she didn’t even like him, but she told no one. Rose’s family and friends saw the promise of money, a better life for them and Rose, if Rose followed the Prince. Rose obeyed her family as she was a dutiful daughter. She had served two years in the military at school which made her very respectful and dutiful to her family. One balmy November night on the island, the Prince made love to Rose, this was the first time for Rose. On this night Rose conceived her first baby. Two months later the Prince asked for Rose to be his wife. In March, Rose walked up the palm lined street, into the church and married the Prince. The islanders cheered for joy! Rose felt she was doing the right thing and was happy. Rose said her goodbyes to her family and friends with tears streaming down her face, but she was hopeful for her new future with her Prince. Rose boarded her Prince’s ship and they set sail to his homeland, far far away. Rose stood on the ships deck and watched her homeland become smaller and smaller in the distance until it disappeared. A great sadness and loneliness came over her. As the sun began to set, and the sky became darker, big black clouds started to form above. The wind started to blow so hard and fiercely that it threw Rose onto the floor and tore at her hair. Rain started to pour down that was cold and piercing on Rose’s skin. The sky roared with thunder and cracked with lightening terrifying Rose. A dark spirit had come over her, over powering her. Her eyes were wide with terror, filled with tears, her lips trembled with fear, her voice disappeared in shock. The Prince suddenly appeared onto the ships deck, he saw Rose in all her vulnerability, terror and despair. He slowly removed his white, shiny, rich cloak to reveal his grotesque body, his repulsive large belly. His real identity was revealed, the Prince was a Troll. Rose realised she had been tricked, but it was too late. She was trapped.

Join Princess New Life on a fairy-tale adventure with her mum Rose as they experience life’s darkness and brightness. A deep and emotional journey that many women and children unfortunately have shared in one way or another.

Zoe's experience of her mother's passing prompted her to write this book which started as journaling to help her cope with the grief and trauma. The publishing of this book has been helpful in Zoe having closure, peace and the ability to move forward. She hopes to share this story with her children, and hopes others may share this story with their loved ones who may gain some insight and education about a difficult topic.