What I learned from Nunn 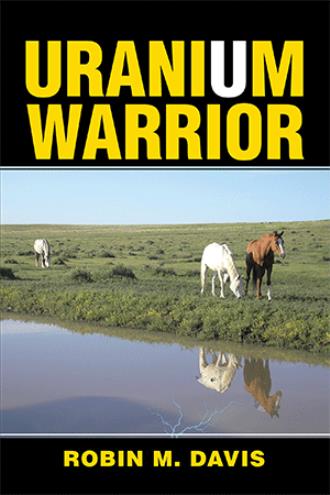 … “Just relax and allow her to have her head, she’ll be alright,” I coached. "Trust her and she’ll be trustworthy.” As I watched this student ride, I had an opportunity to look out across the vast short grass prairie to the east. The sea of winter brown vegetation below the crystal blue sky was striking. The clear day allowed me to see the water tower in Nunn silhouetted in the distance. I felt really good. This student’s mother was relaxed and leaning on the fence while she watched her son. “He looks kind of nervous to be in the big arena, but Cherry is doing well.” I smiled and agreed. This was going well. The rising dust and the sound of a vehicle coming from the west caught my attention. Living where you can see for many miles in most directions allows a person to watch many things at once. We had been here long enough to know all of our neighbor’s vehicles and the common comings and goings of the area. I watched as an unfamiliar green van bounced down the dirt road toward the intersection at the corner of our property. The van skidded a bit on the loose dirt kicking up a cloud of dust as it ground to a brief stop at the intersection. Then it turned left and headed north toward our driveway. As much as I wanted to believe that all things were good, I was beginning to be suspicious of any unfamiliar activity. The whole Super Slab, uranium mining, and who knew what other issues might be lurking, was starting to get to me on an unconscious level. The van pulled up to our closed gate. A tall, well dressed, blonde gentleman got out. His bare head, slacks, and button front shirt told me he was not from the area. Keeping an eye on my young student, I watched from the corner of my eye as he opened the gate and drove on in. He never waved or called out a greeting to ask for permission as was typical of most of the people we had met so far. I was very curious because of the way this person just came on in with no hesitation. He paused to close the gate then continued to drive up our driveway. I walked to the edge of the arena and stood near the fence. As the van approached us, I gave a small wave. My student and Cherry were my primary focus, but I had my head turned enough to watch what was playing out. The gentleman parked and quickly got out of his van. He began talking as soon as his feet hit the ground, “Hello,” he said as he continued to approach with an outstretched hand and a big smile. “I’m a land guy working for Powertech Uranium Corporation. I used to be in the wrong lane with oil and gas, but now I’m in the right lane.” He said with his slight southern accent. I was very disturbed about the way he seemed to demand all of my attention rather than allowing me to finish my lesson before he began speaking, or even asking who he should be speaking to. Out of curiosity, the student rode Cherry over to join us all at the fence, allowing me to focus on this person that was now in front of me. “I’d like to tell you about the plans that we have for this area,” he continued. I recognized the business name because of the letter we had received in October. I did not want to deal with him nor his plans right then, or ever if the real truth be known. This interruption of a lesson of a beginner student on a horse was extremely bothersome to me. His lack of awareness or concern for what I might have going on at the time was, as I was soon to learn, symptomatic of the way mineral rights owners treat surface owners. Their lack of concern for what the surface owner may be doing on the top of the land is a reflection of the reality that they really don’t need to take the surface owner into too much consideration. They have their agenda and they will just push it forward by ignoring and running right over those who live on the property. “I can’t talk with you right now. Do you have a card?” I asked as I shook his extended hand. I just wanted to get rid of the guy and go back to my idealistic version of my life at the time. I was following my dream, dammit. Who was this guy to mess all that up! “No, I’m new with the company and don’t have cards yet,” he replied. He asked for our phone number. I gave him Jay’s cell phone number since I certainly didn’t want to be the one to deal with this issue. He got back in his van and drove away. As we watched him bounce down the dirt road, the student’s mother said to me, “That was certainly weird, wasn’t it.” “Yeah, but I’m sure we as the property owners have enough rights and protections in place. I think it was just that guy.” I really wanted to believe that. I was certain that we had been called to this location. That God had put us in this space so that I could fulfill my dream of helping people be more in touch with themselves and nature, all with the help of horses. I put on my Faith hat and promptly pushed this intruder and uranium aside for the rest of the day.

Uranium Warrior is one woman’s heroine’s journey. You’ll travel into the heart and head of Robin Davis as she has to find her inner activist in order to face down an International Corporation who felt entitled to take what they said is ‘rightfully theirs’ no matter the risk to those living within the proposed mining zone. This book will draw you in with two voices, the voice of the activist in the real time of the events and the current voice of the woman who had to grow exponentially during and following these events. This book is a must read for everyone who has ever faced both inner and outer demons. Robin’s personal success and CARD’s community success will offer inspiration as well as nuts and bolts for your own hero’s journey.

Robin is an activist, a writer, and an Intuitive Guide. She lives on her ranch, Mustang Hollow in Nunn, Co with her husband Jay and their many furry and feathered family members. Robin works with human/horse partnerships to help them find a deep and authentic relationship. She enjoys helping people and animals find and embrace their Divine Right to Health through energy healing techniques. For more information and/or to work with Robin visit her website: journeywithrobin.com