by B L Wilson 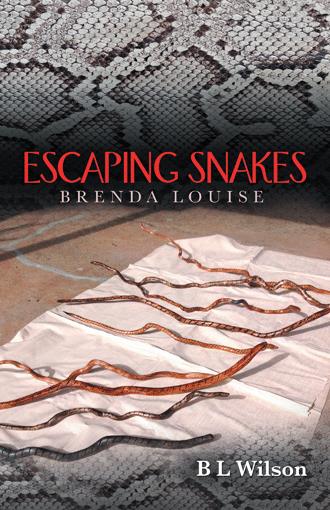 She crept out of the house and headed for the water hole. It was still daylight and the low sun sent pale spears of light darting through the leafy surrounds. Brenda loved it here, if she closed her eyes she could listen to to water trickling over the rocks into the pool, willy wag-tails flitted through the grass, kookaburras laughed in the tall trees just back a ways and several times green budgerigars swooped through the foliage. They never stayed long, but Brenda loved the way their wings made a whirring noise. Most of the time frogs crocked at the edge of the pond and dragon flies played Russian roulette with the speckled perch that inhabited the water. When hawks fly by or sat in the taller tree and made their screeching noise the smaller wildlife became very quiet and still. All this familiar noise calmed her. She slipped her hands into her undies probing at her private area. Brenda had thought that she was the only one to do this probing. She often came here when things were getting to her and was sure no one knew. She was startled as Alvin plonked himself down beside her. She had not heard him arrive. ‘Here let me do that and you can touch my dick and balls’ he said dropping his strides and reaching over to put her hands onto his dick. ‘The others are in playing cards so we will not be caught. I have seen you down here a lot lately.’ Brenda was amazed to feel Alvin’s dick get very hard and stiff. ‘Dad has told me about this stuff’ Alvin said ‘Dad calls his a one-eyed snake’ as Brenda felt his fingers go inside her. Brenda didn’t know that there was another hole there as well as her pee hole. Alvin showed her how to work her hand up and down on his dick and told her she was doing great. They ended up laying beside each other enjoying the sensations their probing and rubbing produced. Nancy’s clapping to call Brenda home halted the activity. ‘Have to get together again’ Alvin smiled at her and Brenda nodded. She smiled to her self as she meandered her way home.

Brenda was a lonely child, resented by her sister and a disapointment to her Dad, she made her own fun losing hersellf in a dream world Introdued to a form of sex at a young age she became an observer of the way animals coupled together. Her sister was not kind to her. They moved to a new place where she had some contact with a lass from Dubbo. Her first real pet taken by a snake in front of her and snakes were instrumental of leading to the loss of her next love, her dog D2. In her early teens her sister died in mysterious curcumstancies, She died of snake bite, causing her Mum to have a mental break-down and her Dad tp turn to alcohol. She ran away not caring where she was going. Here she got lucky as the truck she hitched a ride with turned out to be a decent bloke. He led her to a idelic life on a farm, he gave her a dog. A snake reared their ugly head again. Here a nasty man raped her. She went back to her Mum and became a nurse.. Finding out she was pregnant she again ran away to the ciity. A group of prostutes took her in where she lived while waiting for her babies. The bloke that had raped her saw her there and took tales of her working in a brothle home to the farm. The truck driver hit him and killed him. He did go to jail and saw some terrible events. A disgraced doctor saw her through her pregnancy, finding couples to adobt her babies. While getting over a tramatic birth of her babies she met with her friend from her previous home, and left to go to Dubbo with them. She met a nurse friend who told her that her Mum and Dad were now working on the farm and about the truck driver being in jail. She went to see her grand parents at the same time as the truckie did when they both still had feelings and a quick marriage was arranged before they headed back to the farm and her parents.

Barbara has always been a dreamer so after some moderate success with 'Blood on the Bull Bar' set out on another literacy journey. Barbara grew up on cattle station and became an amazing horse woman, commencing her horse training at 12 years old. She progressed form handling ponies to training their own country race horses, winning a trophy for the most successful trainer. She rode in one of the first Lady jockey races. After moving to Atherton FNQ she continued to ride track work along with coaching junior soccer teams Barbara and her Mother joint owner a souvenir shop as well as Barbara bought into a late night pizza shop. This shut down when the late night hotels were forced to close due to general vandalism in the streets. Barbara took a deep breath and as she child had finished school she headed back bush working as stock man and cook in western Qld and NT before ending up in Orange NSW where she worked in a factory building refrigerators while running a mowing business and putting out junk mail on the week-ends. While at the factory she assisted in compiling a manual for the track she worked on. She returned to school studying first computing and then hospitality. After a year in Cairns she went to work at a mine, progressing to Bar manager and running the house-keeping. From there she went into Pest control, retiring in 2012 Barbara has two sons and four grand children. She now resides in Townsville.