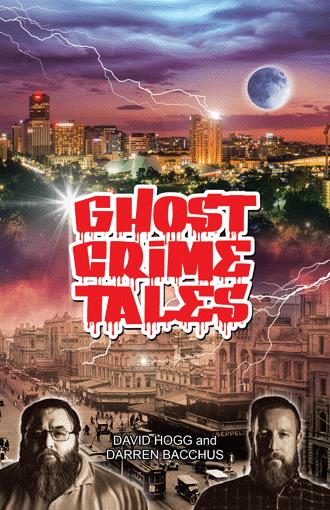 Broadway Kate made a name for herself in Port Adelaide as a woman who drank a good deal of alcohol. Her attitude earned her a collection of titles: idle woman, a menace, habitual drunkard, a public nuisance. Her wildness might have upset a lot of people, but it was also irrefutable that she might just have been misunderstood. A woman trapped as a victim of circumstance, of time, and of prejudiced views. Ghost Crime Tours have been avidly sharing Broadway Kate’s story in our Adelaide tours since 2012. A lot of people have been contacting GCT, saying that a ghost of the woman was seen in the same exact spot of the building where Irene Dennis’ body was found on the day of her death. Despite her frenzied being, she had somehow left an indelible mark in the lives of the people and the police at Port Adelaide at that time. She was the popular rogue, the vagabond, their favourite social pariah. Broadway Kate’s story will always hold a bizarre yet entertaining mark, not just in the minds of the tourists we journey with, but to everyone who has treasured her tale. Her death was the denouement of a woman’s perfectly swaying life. And though her demise was a mystery, she will be remembered as the girl who constantly meandered through Port Adelaide’s salty wind—forever reeking of bittersweet alcohol.

Who doesn’t love a good ghost story? David Hogg and Darren Bacchus have always been fascinated with all aspects of the paranormal, along with local history and crime stories. In Ghost Crime Tales, read of their experiences as owners of the Ghost Crime Tours and decide if Adelaide, South Australia, is the murder capitol of the world. There’s the tragic tale of the woman known as Broadway Kate and the mystery that still surrounds her death. What is the truth behind the Chinese seaman found in the Port Adelaide River? Was it a secret family vendetta? Meet the last man executed by hanging at the old Adelaide gaol, and learn the circumstances that lead him to the gallows. Take a step back in time with two paranormal investigators and see what the world was like when these crimes occurred. Follow as David and Darren investigate some of the most haunted locations in South Australia. Learn the tools of the ghost hunting trade and evaluate the evidence. Beware: you’ll never look at Adelaide the same again.

David Hogg and Darren Bacchus have been investigating stories for their business, Ghost Crime Tours, since 2011 and are lead investigators for GCT Paranormal Investigations. Both have had extensive careers in the security industry in South Australia and have worked in some very actively haunted locations. Darren is also a former soldier in the Royal Australian Army, and David spent five years working in one of the most well known haunted mental hospitals in the state.