Becoming Who We Already Are 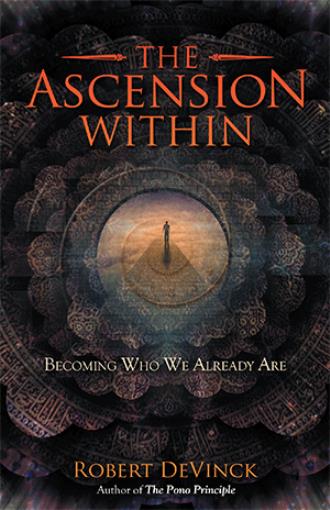 The Lei of Aloha for World Peace was the brainchild of a very good friend of mine, Ron Panzo. After the terror attacks in Paris, in November 2015, Ron was moved by compassion and sympathy for the people of Paris and decided that they "needed a hug." The action step he took manifested itself in a mile-long Lei of Aloha made of intertwined stands of ti leaves, 20 feet long, that are then intertwined together into a rope of 33 strands. Eight of those 20-foot ropes equals one-mile of lei. Delegates of Lei of Aloha for World Peace delivered that first lei to Paris - and subsequently, following each of the terrorist attacks in Orlando, Parkland, and Las Vegas. When the news came about the mosque killings in Christchurch, a delegation was immediately formed to travel to New Zealand with a lei. Over the weekend, there were over 300 volunteers (mostly local, but some vacationing visitors) who helped weave 14 truckloads of ti leaves into the mile-long Lei of Aloha. I traveled with the delegation of four other representatives from Maui to deliver the lei to the people of Christchurch, the two mosques, the first responders, and the hospital that cared for the shooting victims. Along with the other four delegates, I was given a Lei of Aloha t-shirt to wear during our presentation ceremonies. Written on the back of the shirt are the words "WE ARE ONE," followed by the organization's mission statement. During the four days we were there, many people approached us about the t-shirts, because they read what was written on the back, and assumed that they were created to pay respect to the victims of the Christchurch mass shootings. Also, the term "We Are One" was used on many occasions, over the weekend, during speeches given by New Zealand Prime Minister Jacinda Ardern, Christchurch Mayor Lianne Dalziel, the Imams from the mosques, and on many of the posters and cards that were left at the memorial areas near the two mosques and the Christchurch Botanic Gardens. The very message we were bringing from Hawaii was the same message being echoed in New Zealand - We Are One. The first lei was presented, across the street from the Al Noor Mosque, into the hands of representatives of the Muslim community, Christchurch mayor Lianne Dalziel, representatives from Ngāi Tahu (Māori people from the southern island of New Zealand), and emergency services. After draping the first lei over the front fence of the Al Noor Mosque, we then presented three leis to the New Zealand Police, St. John Ambulance, and Victim Support. After that, we presented leis at the Linwood Mosque, Christchurch Botanic Gardens, and Christchurch Hospital. It was at the Linwood Mosque that I felt the strongest spiritual connection to the people most affected by this tragic, senseless act of violence - the Muslim community. As eight of us stood along the fence, just outside the entrance to the mosque, holding the 20-foot lei, we waited for those inside to finish their prayers. I'll never forget the faces of the worshippers as they slowly began to look outside to see us standing there, all in a row, holding this lei as an offering to them. Eight innocent people where indiscriminately murdered at that very spot only ten days earlier. And here were eight strangers to their mosque, bringing them a symbol of unity - that had the loving spirit (mana) of over 300 people intertwined within its leaves - and had traveled 5,000 miles to be presented to them. As the dozen or so worshippers slowly exited the mosque, they lined up along the mosque wall, facing us. One young Muslim woman, standing directly in front of me, was passionately sobbing. Wearing a dark green hijab, her face wore the pain of her faith community. As we slowly walked forward, presenting the lei to the line of Muslims facing us, I felt as though we were bridging any imagined gap that exists between our cultures, our countries, or our religious faiths. We did not hand off the lei to them, but stood together, eye-to-eye with our Muslim brothers and sisters, all of our hands holding this symbol of oneness and aloha. My hands were interspaced between those of the Muslim man (who had attacked the cowardly killer with the credit card reader, smashed his windshield, and chased after his car as he sped off) and the hands of the sobbing young Muslim woman. The wind was blowing, and a small white flower from the tree above us landed on my wrist. Even as the wind continued to blow, over the time we stood there - together as one, holding the lei - the flower never blew off my wrist. At this point, the Imam went into the mosque, returning with a box, from which he handed out copies of the Quran to be given to us as gifts. A young Muslim man presented me with my copy saying, "It is the most precious thing we have to give you." His words touched my inner soul and, in that moment in time, he and I were truly one in spirit. Before I left for Christchurch, my friend Ron perfectly summed up the mission of Lei of Aloha for World Peace, answering why people from the most remote island chain in the world would travel so far to bring healing compassion to those who needed it most: "Some say it’s the ocean that separates us, but those of us in Polynesia know that it is, in fact, the ocean that connects us." As I received the precious gift of the Quran from the young Muslim man presenting it to me, I saw that the small white flower that had alighted on my wrist, was still there, and so I carefully placed it inside the Quran to act as a bookmark forevermore. That flower, which had bloomed from a tree at the Linwood Mosque, is an eternal reminder that we are, indeed, one. 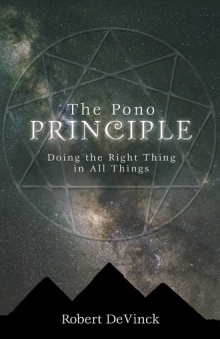 Robert DeVinck spent 57 years searching for the answers to Life’s most important questions - in all the “obvious” places. He travelled the world over, thinking that he would find God by going to church, Love by getting married, Truth by going to college, and Purpose by having a steady job. What he discovered, instead, is that most of Life’s essential truths are seldom, if ever, to be found “out there.” Only when he began his transformational work of addiction recovery was he able to find most of those crucial answers – in the last place he ever thought to look – deep within himself. By finally “dying” to his False Self (the persona he wished to portray to the world), DeVinck was free to begin his spiritual journey, his Ascension Within, to rediscover the pure, uncorrupted soul he was at birth. Only within that sacred inner sanctum was he able to reconnect to the Indwelling Spirit of God, the Divine spark he shared with all of humanity. In his follow-up book to The Pono Principle, the author presents the most profound spiritual, philosophical, and psychological truth of the ages: the universe is within you. When we recognize that we are all stardust, that we share the same cosmic DNA, we can then understand that the universe resides within each of us. Only then will we discover our oneness with creation - and with our Creator.

Robert DeVinck believes that Life is the ultimate teacher, and that he is but a pilgrim student on the road to discover Life’s Truth. DeVinck has a Master’s Degree in Human Services Counseling: Life Coaching from Liberty University. He is married, has five children and seven grandchildren. He lives on the island of Maui.