in the Realms of Spirit 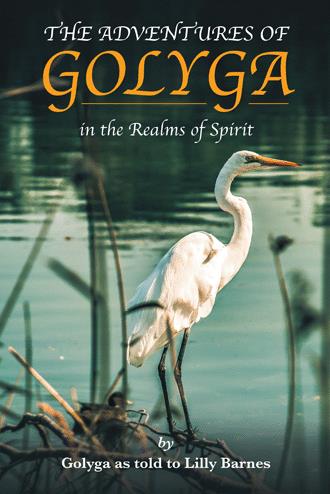 We left Lillykins standing, facing a dragon of strange habits: the breathing of ashes. Whatever, said Lillykins to herself, should I make of this? And can I simply ask the creature what it's doing and why? The dragon, meantime, was observing Lillykins with equal fascination. After all, he had never in all his life seen so beautiful and ephemeral and earthy a creature as this human shaped womanly one in front of him. What exactly might you be? asked the dragon. Surely you are too beautiful to be an ordinary human? Oh, gee, thanks, said Lillykins. In fact, I am far from ordinary, and I am human only at this particular moment in time. And, now and again, I repeat the experience because it is truly fascinating. But there are so many other modes of experience that I sometimes have a hard time deciding which to choose. Have you ever been an ash-breathing dragon? said the dragon, utterly taken by the creature in front of him. No, as a matter of fact not yet, said Lillykins. Do you recommend it? No, said the dragon. Actually, you'd be better off choosing to be a fire-breathing dragon. More fun, more scary, more useful all around. But I had no choice. By the time I was born, there was no fire-breathing dragoneering available, you see. The fires were gone, the only thing left were the ashes. How sad, said Lillykins. Will there ever be fire-breathing dragoneering available again? Well, yes, said the dragon. If you, for example, wanted to become a fire-breathing dragon, you need only apply. As for me, it's too late. Once an ash-breather, always an ash- breather. Are you sure? asked Lillykins. Is there nothing anyone can help you do which would turn you into a fire-breather? Oh, well, said the dragon. There is, but I would have to be willing to leave behind my entire ash-breathing self and take on an entirely unknown entity and who knows what that unknown entity would turn out like? What if the fire-breather I became was an intolerable snit of a thing? A holier-than-thou other-worldly preachery kind of dragon? What if the new me was to turn out to be a fire-breather who left all else in ashes? No, no, I'd better stick with my old ash-breathing self. At least I know what I'm up to. See what I mean? I do, said Lillykins. But I still think it's sad. Say, ash-breathing dragon, would you like me to turn into a fire breathing dragon for a bit so you can see me at it and get a clearer notion of yourself as fire breather? No good, said the ash-breather. You as fire-breather and me as fire-breather could well be two entirely different kettle of fish, if you know what I mean. Yes, said Lillykins, I do begin to see what you mean. You mean that you are determined to stick to breathing ashes because you know all about ash-breathing and you're too damned scared to leap into the unknown and become a fire-breather because, well, you have no guarantees what you'd be like. Am I right? Put like that, I must say: yes, that's right. So bug off, out of my way, and don't darken my path again, you judgmental and snotty little shit. Lillykins jumped out of the way, the dragon went stomping off, down the path and into the distance. Lillykins watched him go and then sat down to think. Yes, she had been judgmental and snotty, but she had also felt sorry for the poor stuck dragon and still did. Lillykins decided to turn herself into a fire-breathing dragon, right then and there, and go after the ash-breathing dragon to apologize. But before she could so much as draw another breath, she was taken by a new thought: what if it was in the nature of dragons to be stuck? Fire-breather or ash-breather and never anything else again? Oh, my. Was she destined to become a fire- breathing dragon and get stuck there? Or to be Lillykins, afraid to change into a fire-breathing dragon lest she get stuck there and therefore stuck in being Lillykins? No, no, no, no, said Lillykins to herself. I have been many a creature in my life so far and I shall continue to change and become and change again, as I choose, and I refuse entirely to be determined by the fear of change or the fear of getting stuck, so here I go. Zip, zap, and Lillykins was a fire-breathing dragon. And we shall hear all about that in our next session.

The dialogues between Golyga and Lilly, collaborators across the veil, are as entertaining and revealing as the stories of the book’s characters. Golyga, his beloved, Lillykins, her brother, and the family baby - shape-shifters all - encounter adventures conjured by Golyga’s ever fertile imagination and each new character we meet - from the ash-breathing dragon to the ambitious frog, from the old woman who sang to the arrogant lark who laughed at her, and many more, - each one delivers life-lessons by way of amusing and memorable tales of adventure, of misadventure, of parables and yes, occasionally, by way of the plain spoken imparting of wisdom.

Lilly Barnes is the author of three previous books for adults and three for children. She is the recipient of a GEMINI, awarded for Lifetime Achievement, writing scripts for the entire run of the “Mr. Dressup” show on CBC television. (Canadian Broadcasting Corporation) She has two sons who are musicians and she lives in downtown Toronto, in an old house full of stories and music.