A Conversation in Connecticut

Genocide Breathes Beneath His Words 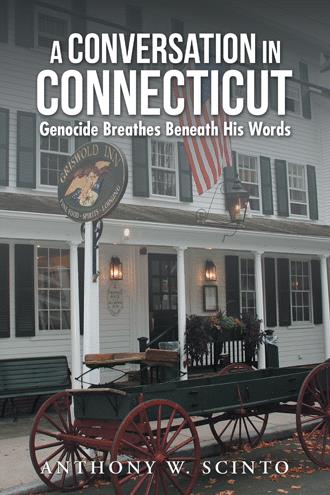 It is 1989 when the dean of the political economics department at Yale University is murdered and dismembered. Are members of Yale’s secret society, Skull & Bones, responsible for the gruesome death of Anton Ainsley and, if so, why? When the investigation goes cold, it appears no one will ever know the truth.

Twenty years later, Aubrey Brennan is a newbie reporter working for The American Journal when she is assigned to interview a retired Yale professor with potential skeletons in his closet that include a rumored government cover-up. As Aubrey immerses herself in investigating the cold case, she unearths the silent secrets of the Bonesmens’ ivy-covered tomb. Aubrey stumbles upon something far more sinister than a homicide: a connection between Ainsley’s macabre slaying and a covert government program to commence a sociopolitical genocide. Will she solve the case or will a dark secret remain buried forever?

In this gripping novel, a newbie reporter investigating an unsolved homicide descends into an Ivy League secret society of entitlement, murder, and government conspiracy.

Anthony W. Scinto loves exploring different media to nourish his creative temperament. By age nineteen, he had played piano in clubs throughout Connecticut, performed with Duke Ellington, and appeared with Rosalind Russell in the Chekhov drama, Three Sisters. His diverse career includes stints as an educator and CEO of a New England-based corporation. Today, he has returned to the classroom with hopes of stimulating the minds of his students.