I Am More Than Me

A Self-Help Junkie's Journal To Surrender 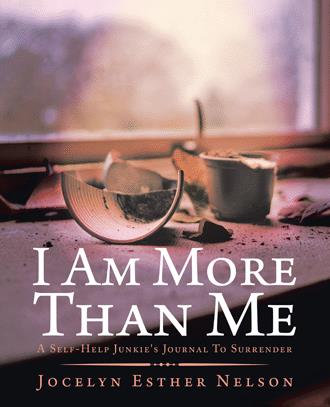 It was 2007 and there I was, a 31-year old woman, curled up in a fetal position on the bathroom floor of my master bedroom. Sobbing uncontrollably. This was not the typical pity party that a young woman has in the wake of a minor disturbance. I didn’t have a bad day at work because of a crappy boss. I wasn’t struggling to pay my bills. I wasn’t even having a bad hair day. Nothing was wrong and yet, in a short moment, absolutely everything went wrong. There was an unforecasted storm forming inside of me. A tsunami of pain had collided with a fleeting moment of vulnerability and I truly didn’t see it coming! It plainly knocked me off my feet and sent me into a soul stirring cry that I had never experienced before. I recall barely breathing in between the groans. The moans were only there to let me know that I was alive and breathing. This pain was very present and very real. It was not a dream. My heart filled with such sadness that it weakened my knees and left me buckling down to the ground. I felt broken open. Broken, like an old terracotta pot, pushed to the floor by a thrust of wind and shattered into large pieces. Chunky-like. There, on the hard and unwelcoming marble-tiled floor, were the large chunks of my so-called solid life. I was emotionally shattered. After this tantrum stopped, I stared into the dark puddle of my tears on the floor. What just happened? I could barely move. I wanted to jump up, wipe my face clean and get back to my busy day but the weight of my body had become so heavy that I was stuck to the floor. I was alone in my desperation. The sink would become my crutch to get myself off of the ground. Gripping the cold white porcelain tightly with my hands, I found enough strength to raise myself to my knees and then slowly to my feet. I caught a glimpse of my reflection in the mirror and before quickly wiping away my tears in shame of this outpour, I stopped. At first glance, I didn't recognize myself. I was sure that it was my own reflections. After all, I was the only one in the room. The only one in the entire house. Not a single person, animal or house plant could have mistakenly been there. It was me! Alone and very exposed. It was as if I was looking at myself for the very first time. I immediately rationalized that the room was dark and thought my reflection was diminished due to the late afternoon sun, streaming from my bedroom window. It cast a shadow into the windowlless room. I was still the self-proclaimed independent woman who was always self-assured. Yet, today I wasn't sure of who it was, that was looking back at me. I stared. I glared. I observed. I was mesmerized. My eyes were very bright and brown and glowing with amber hues. Oddly enough, they were the same color as they'd always been. But this day, my eyes were bold. Suddenly, I heard a direct and firm voice say, I am more than me. Who was that? Did I just say that? I am more than me? I stood still in my solitude and I said it out loud this time. This time, with clarity. This time, with a new confidence. And then, at that moment, I knew exactly what it meant. Yes! I am more than me!

The book was intentionally formatted as a journal to encourage the readers to further develop their inner work and experience the power of healing that can be derived from scribing from their own heart.

Jocelyn Esther Nelson, cut her professional teeth in the very competitive commercial real estate industry. During the time of completing her Bachelor of Arts Degree in 2003, she joined a global firm in an entry-level position as a college student. While working for the same company for 15 years, she had received 7 title and salary promotions, purchased a home, married the love of her life and was raising 2 active children. Nelson does not credit nearly quadrupling her salary as a result of her longevity within the industry. Rather, she attests that her dedication to self-improvement, along with her blue-collar work ethic, allowed her to move up the corporate ladder. Her management style was coined as, the ‘fuzzy bunny’ approach, as she was able to maintain a calm and poised demeanor during stressful situations while working with some of the top-ranking industry clients. During Nelson’s tenure she extended her passion for personal development by managing a mentor program for the administrative staff, earned sustainability and leadership designations as a commitment to her clients’ core values and became an elected Chairperson to serve her company’s initiatives to establish local community outreach, strategic client alignment while evoking a corporate conscience for nearly 600 regional employees. That was Nelson’s career path until 2017, when her mother received a devastating diagnosis of Stage 4 Cervical Cancer. During the last and critical years of her mother’s life, Nelson told her mom that she would change her real estate career to pursue a life of greater purpose. For her, that was leaving behind the comforts of a corporate career and starting up her own production company. In the spirit her late mother, Red Bird On Purple Tree Productions was established in 2018. Now focusing on her gifts as a prolific writer and speaker, Nelson enjoys expressing herself on a deep level to help others help themselves. She finds there is great healing by exposing the personal stories regarding her faith, moments of crippling anxiety and the grief of losing a parent. Additionally, she shares the wellness practices that she has utilized over the last 2 decades that have helped her manage the stresses of being an entrepreneur, wife, working mom and a living human being.