I Did it to Myself…Again! 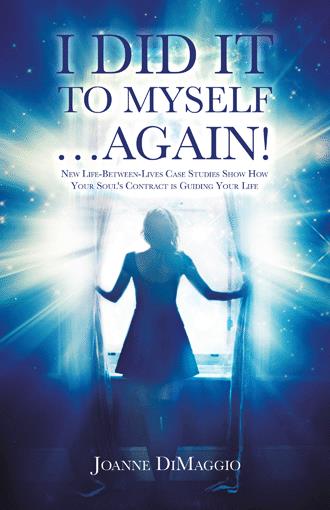 The Council Session Once everyone became familiar with the Elders who were assembled, it was time to get to work to identify which unresolved karmic issues each participant would take on in their next life. It could be one issue or several things that would manifest at different points in their next life. The selection was based on such things as what it was that they hadn’t quite mastered and wanted to try working through in this life. I asked them to think back to what they told me about their most relevant past life and what their last thoughts were as their soul left their body. In any given life, we only bring in a few karmic issues to work on because we cannot possibly address them all. That is why in our session I asked each soul to select the past life that was most impacting them now, for that is the lifetime where these issues originated. It is important to carefully and succinctly identify these issues. Sometimes we can sum it up in one word—abandonment, or approval, or fear, or selfishness. These are all experiences we had in that relevant past life which were so significant at that time, that they made an imprint on our souls, and we added them to a check-list of issues we knew we’d have to work on at some point in our Earthly journey. This is why the past-life regression element of the session was so important. It not only reminded the soul of the circumstances that originated the issue, but it brought back the emotion that attached to it. We remembered what that felt like. We remembered who else was involved. We remembered the pain it caused—sometimes to others but more than likely to ourselves. We remembered the back-story of how we got there. What came before? What came after? Why weren’t we able to resolve it back then? It unfolded before us, as if we were watching a biographical movie about ourselves in another time and another place. As stated earlier, the analogy of our life review as a movie is one in which many in this study could relate. Raymond Moody said many Near-Death-Experiencers told him that the life review is similar to seeing your life on a movie screen. Reliving those memories enables us to clearly see the issues we want to work on. But there’s a caveat to this exercise in that we’re also able to bring in the rewards from the lessons we completed in prior lifetimes and use them as tools to work on the karmic issues we’re bringing into the next life. These attributes and characteristics are from classes (lifetimes) we’ve completed. Think about having mastered a math class. Once you’ve passed, you don’t have to take it again, and yet you can use what you learned from that class over and over again in subsequent lifetimes. You might say, that knowledge and those skills have been deposited in a sort of karmic bank account and are available for withdrawal for use in any lifetime. Examples are a talent for healing; musical ability; artistic talents; an affinity for working with your hands; a history of fighting against injustice; leadership skills; culinary talents; expression through dance; a green thumb; an ability to organize and manage—so many of these talents, skills and abilities have been acquired over lifetimes. Deciding on the karmic issues, and then the talents, skills and abilities a soul will bring into the next life, will set them on a specific course. There is a lot riding on which issues and attributes are chosen. For one thing, having a clear idea of what a soul wants to accomplish gives members of its soul family a chance to decide if they want to come in to help them learn that lesson. These issues also help the soul select the souls it will want as parents, based on environment and opportunities they will present to help with those issues. Everything is taken into consideration, including ethnicity, nationality, financial status, education, religious upbringing and more. I will discuss this further in Chapter Five, “We’re Coming with You.” In examining the afterlife review, most of my participants gave very little information about the conversation they had with their guides. While they answered specific questions, they did not volunteer much information considering the length and importance of this session. Newton expressed a similar sentiment. “It is not unusual for my subjects to have some difficulty providing me with full details of what transpires at these meetings, and I am sure these blocks are intentional.” However, there was a consensus that the Elders were loving and non-judgmental. Working with Near-Death-Experiencers, Craig Lundahl and Harold Widdison said their subjects described this part of their journey as being “an incredibly vivid, full-color, three-dimensional, instantaneous, panoramic review of every single thing they have ever done, thought, or said in their lives. In this review people see not only every action they have ever done, but also the effects of these actions upon others . . . The judgment that occurs during the life review is a judgment that comes from within. No court, judge, or jury is required.”

What does it feel like to die? What does the afterlife look like? Who are the Council of Elders and how do they assist in planning your next life? Who are members of your soul family and what role did they play in your past lives as well as in your current life? What are the karmic issues and attributes you brought into this life? Using past-life regression to identify a significant former life, followed by an exploration of the afterlife to experience the pre-life planning session for this life, this book answers the most commonly asked questions about death and rebirth. Follow the karmic journey of 25 volunteers as they come to understand their soul’s purpose and their role in designing their present life. In thinking about your life, you will discover that you did, indeed, do it to yourself for the greatest reason of all—your soul’s growth.