Bending the Arc of History 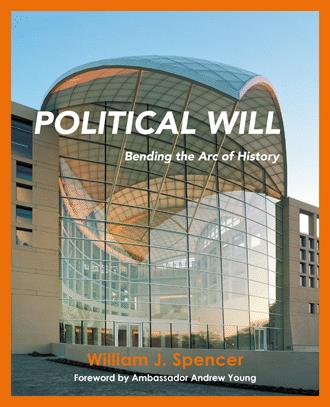 What compels a single, twenty-five year old male, living happily on the beach in Malibu – with a fine education; a great job; good fortune, and a BMW – to leave all that to begin an adventure that led to sitting across a small, Formica table from two grieving and very discontented men of the world? The short answer is political will; the long answer follows. Few things in American life are as inherent as the concept of political will. It has been one of the most consistent, and consequential aspects of our civic DNA since the founding of our Democracy. Political will is simply the art and science of influencing society; it can take many forms, and be applied to unlimited pursuits. Political will celebrates individual or collective action to leverage, or affect the outcome of a decision, usually meant to advance the public welfare. Creating political will is what enables advocacy to work. It is perhaps the most important ingredient in causing social change. In this, there is hope and a challenge. Peace is not merely the absence of war. It is the presence of social justice and the systems necessary to manage conflict without violence or threat of force. This book argues not to limit the military, but to leverage the skills of conflict resolution, collaborative problem solving, negotiation, and mediation. In the efforts with the National Peace Academy Campaign,and the federal commission, we used to say, “Peace is to chess, as war is to checkers.” They are both played on the same game board, but peace is a much harder game. This book tells the true story of the significant level of effort needed to bring about the political will necessary to create the United States Institute of Peace, USIP. This is the account of four individuals that made a difference, and chose to undertake the challenge to design a path to create the United States Institute of Peace: a psychiatrist, a professor, a pastor, and a peddler. Three were co-chairs and one, the director of a national campaign. One became Vice Chair of the federal commission, and one the Commission Director. Bryant Wedge advanced the need for better understanding of power and force in national perception and international communications throughout his life. Jim Laue’s expertise in the mechanisms of mediation and conflict resolution was defined by his insight about the power of needs and interests over the force of positions. Andy Young’s life has been a measure of his study and associations with the thinking of Gandhi and Dr Martin Luther King Jr Andy’s public service and its impact continue to be shaped by his shared view that nonviolent power is far more effective than the use of force. My life has been about the pursuit of knowledge and best practices, the advocacy to build capacity, and the attainment of solutions to societal challenges. Together, we believed America was and is best positioned to model and pursue peace and social justice if its people could come to see peace as a process different from the use of force. Over eight years, a national campaign was deployed to influence, and be inspired by, the thousands of people who would become its members. The federal commission on peace—a historic benchmark along the one hundred fifty year history of the concept—would hold twelve hearings across America: providing a formal platform for one hundred twenty invited expert witnesses and more than six hundred public seminar participants from every American region and walk of life. The commission spent more than two hundred thirty hours analyzing seven thousand pages of oral and written testimony and interacting with citizens in fifty major substantive meetings with government, academic, and international organizations. The result was surprisingly successful. For each of us, we have the choice to act or the choice to observe. History does not care, but we should. We all have a part to play. Each of us is part of the nation we aspire America to be, and the expectations we hold for our planet. Our responsibility of membership rests with influencing the political will to redeem the promises we share with one another. Political will is defined as the art and science of influencing society. That was our hope in the effort to create the USIP. That is my desire for you today, as you discover the personal quest to make a difference in your world. 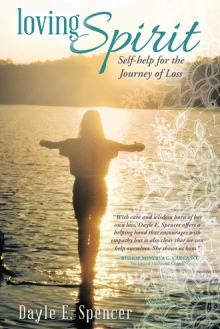 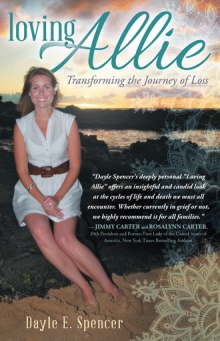 This book is a tribute to all who answered the call to bring this new American institution into existence. It provides guidance for better understanding the strategies and tactics for creating political will in ways that resonate with lasting peace and social justice. The story is both reflective and instructive. Told by the Director of the national campaign to create it and of the Federal Commission that developed it, the story captures the beliefs and values of the major players responsible for USIP. In the early stages of the COVID world, the reality of the important work ahead should be clear to all of us. It is worth repeating that today our American Democracy is caught in an unpleasant and entangled web. Each strand has been woven with remarkable tensile strength by cultural and economic dynamics; each sustaining their own complexity and entanglements. We face enmeshed processes of racism, discrimination, excessive military spending, corporate influence, runaway capitalism, environmental degradation, and the system straining cycles of poverty and injustice. Creating political will is one means to leverage the resistance we need to break these bonds

William J. Spencer Will served as the Executive Director of the National Peace Academy Campaign, and the Director of the United States Commission on Proposals for the National Academy of Peace and Conflict Resolution, whose work resulted in the creation of the United States Institute of Peace. His career has focused on advancing the capacity and practice of how business and society manage cooperation, conflict and change. He has served as a mediator in four civil wars.