In Search of the Lost Chord

Recovery from alcoholism and drug addiction 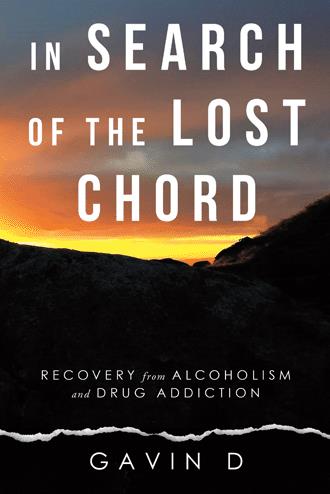 The first and most important thing I heard getting said around the rooms of alcoholics anonymous was ‘if I don’t take the first drink of alcohol, I cannot possibly get drunk’. A simple yet effective way to find out if we have a problem with alcohol is to refrain from taking the first drink. This experiment works best when the want or better still when the need for a alcoholic drink arises from within us. I would often have knots in my stomach, a tension so tight that only the first drink of alcohol would calm. I could not concentrate on anything for any length of time without the thought of getting a drink. The only way I was going to feel a sense of ease and comfort was when I got alcohol in my bloodstream, or at least I knew a drink was coming to me very soon. I always felt irritable and discontent and I was seldom satisfied with my lot. I lived in this insane hell most of my life. When I say hell, I mean my own personal chaos that I created around me. This In turn affected my family and countless others I came in contact with. Going through the programme of alcoholics anonymous I found out much that I did not know about myself, the reasons I drank so much and why my life became driven by ‘Ego’. After some time coming around the fellowship it was suggested to me to make a list of all the good times in my life and another list with all the bad experiences I had encountered. I was lucky to have had both my parents still living at the time. I spoke to them about my childhood and they reflected on some of their memories with me. This in turn brought back my own memories and the feelings associated with them. Some of these feelings or vibrations as I call them, were nice and warm, and others were cold and lonely. I dug deep in my search for sobriety. I found out that there were two major vibrations that ran through my entire life. These were, ‘Love’ and ‘Fear’. Let me start at the beginning of my life. This is where I found I had to go back to when I set out on the programme of recovery. My parents both moved from Scotland to the city of Coventry in England with the coal mining industry in 1967. I was born in Coventry on the 21st may, 1969. I was labelled in my early years as hyperactive by the doctors. My mother said I could never sit at peace. At some point as a baby a little whisky was added to my feeding bottle to help me sleep. Before long this stopped working and my mother was then inclined to visit the GP to see if there were any other ideas that might help. By this time a new drug had just come out on the market named Calpol. This also didn't last long before it also stopped working on me. Of course I don’t believe this medication or whisky had an influence on my alcoholism and drug abuse. These were the acceptable things to calm baby’s and young children down a bit in those days. I am the youngest in my family, my sisters said I was spoiled because of it. They said I could wrap my mother round my little finger. The 12 step programme revealed some nice memories and associated feelings I had as a young child. I was also to find some of the stuff that created the horrible alcoholic lifestyle I had been living in. My whole life and the spirit within me was totally submerged in dark painful negative stuff at the end of my alcoholic drinking. I was totally lost and isolated. I was devoid of love. I learnt a lot about myself and some of it I had no idea was there. Let me share a few of these early childhood memories with you and the feelings that came with them. The depth to which each person goes to in working this programme dictates how much is cleared from our past. Looking back on my life I found my first recollection and encounter with king alcohol; I would be around 4-years-old at the time. I remember this particular night there was a singer called ‘Emile Ford’ performing at the miners club my parents managed for a short time. I can see all the tables and chairs around the hall, people dancing laughing and singing. This night I recall at one point approaching my mother's side where she sat. I was smaller than the tables they were sitting at. Standing looking up at my mother I asked if I could get some of that, pointing up to the glass on the table. I see her bending down to me and whispering in her loving way, ‘aye ok, just a wee drap’. It was probably a glass of lemonade with a touch of beer put into it. This mixture of lemonade and beer is named a Shandy. Wow, I so remember the feeling I got when my mother said yes, and that's not even drinking the stuff. Truthfully I cannot remember drinking any of it at all. The feelings I got surrounding this particular moment in my life were very warm and comforting. I felt loved I suppose is a good way to put it. I believe this feeling came from the fact that I was not left out. I had been accepted into the adult entertainment that night by having the same as everyone else, namely the alcohol. All my life I've felt like I do not fit in, like a square peg in a round hole. All the way through my schooling I felt alone. I could be in the playground with lots of kids, yet I would still feel alone. This I now know is part of the alcoholic nature.

In this book I will take you on a very emotional and sometimes dark journey. I will share what my life was like before I drank and used drugs. What I became like when I was using and more importantly the road to my recovery. For many years I failed to stay sober until one day I woke up and didn’t want to be alive anymore. I was spiritually lost and broken; I was a very lonely man when I took my last alcoholic beverage. Although I had much to live for, I welcomed an end to the pain and suffering I was causing myself and family. The people in ‘Alcoholics Anonymous’ were patient and tolerant. They loved me when I had no love to give, and held me as I picked up the pieces of my life. On my search I found a higher power, a spiritual home and just as important I found freedom from self. I enjoy sobriety today because I keep my recovery simple. I refrain from taking the first drink of alcohol, simple, yet very effective. It is a wonderful gift to help others recover from this insidious dis-ease called alcoholism.