The Number 1 Rule for a Long and Healthy Life 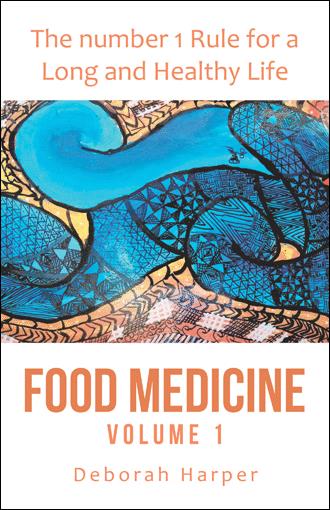 Why a healthy diet and saving the planet are the same thing. How good would it be to feel GREAT for the rest of your life better than you have felt in years? What’s it worth to you? In 1988 we reached a population of 5 billion people in the world. We reached a tipping point where the earths ability to repair the damage man had made was lost and the damage man made to the planet took over. The environmental pollutants from the industrial revolution in the early 1800 to the agricultural chemical revolution of post WW2 – have accumulated and persisted in our environment to such a level it is now causing damage and chronic disease to accelerate. With the production of fertilizers, pesticides, herbicides, PCBs DDTs, phthalates and 83000 other chemicals released into our environment human health and the survival of our planet is under threat. For as long as man has existed the body’s number one defence system against disease has been the immune system. With good nutrition the immune system is able to deal with parasites, moulds, bacteria, fungus, viruses and bugs. And although the body can deal with and expel many harmful chemicals the added burden on the immune system has been overwhelming for a growing number of people who suffer chronic disease. Now in today’s world more of us are suffering and living with some form of chronic disease. For the first time in history life expectancy is falling. Now is the time to STOP our bad habits and change our ways, or life as we know it will no longer exist. We can all do our bit to help. The way to start is to nurture yourself and do nothing to harm mother-nature anymore. We Must Become Organic to Survive. We have to reduce our dependence on these chemicals and revert back to nature to allow mother earth time to rejuvenate and put the balance back in our favour before we can eliminate our burden of poor health. The food we eat has the power to unburden our immune system and restore wellbeing. Food is information that has the power to CURE chronic disease. Food has the power to CURE FLC (feeling like crap) And according to Dr Naviaux: “I believe that the rules of acute care medicine rely on the body’s natural healing pathways to remain intact. This requirement does not hold for chronic disease. In chronic disease, the normal healing cycle is blocked, so full recovery, when treated with current medicines almost never happens”. Dr Robert Naviaux MD, PhD is Professor of Medicine, Paediatrics, and Pathology at the University of California, San Diego (UCSD) School of Medicine. He is the founder and co-director of the Mitochondrial and Metabolic Disease Centre and former President of the Mitochondrial Medicine Society (MMS). There is no drug on the planet that has the power to change your health so dramatically, every bite of food is information and if you put junk in you get junk out. It’s so easy! Leave the food that man made and eat the food that mother-nature made. “Organic” The word organic was invented by the food industry because if they called their food herbicide, pesticide, preservative, artificial colouring and artificial flavouring food. I don’t think we would buy it.

Want to die young or at a ripe old age with all your marbles and have lived a long and healthy life? Want the tools to defy fragility. Boost your wellbeing, happiness and love of life? Ensure you have the tools to squeeze as much health and wellness into your life as possible. Imagine no more health issues that YOU can’t tackle when you know the number 1 rule.

Deborah Harper is a Chartered Natural Medicine Practitioner with over 25 years experience in Herbal Medicine. A blogger, researcher and published author Deborah believes we all deserve optimum health. Which is why she has created this no nonsense easy to follow do it yourself guide including the secret sauce which is the number 1 rule. Follow this 1 rule and benefit with Vitality, Regenerating and Restoring your health for a long and healthy life.