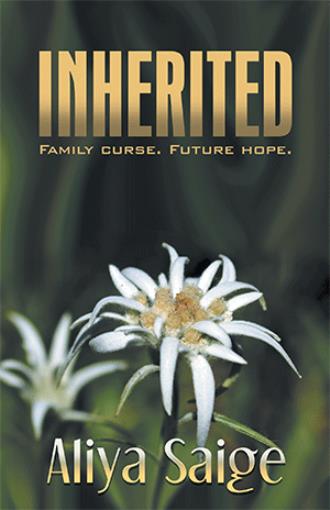 The battle took place in what was then known as the Erez Pass. It was a massacre more than a battle where some three thousand men and boys died in the winter of 1340. Citizens of the country had been displeased with their king for many years, but had been ineffective in either inspiring reform or in ousting him. Attacks by neighboring countries, stealing crops and ravaging private lands, seemed to do so without risk of punishment and were virtually ignored by their placid King Edwin. The countrymen saw no recourse than to overthrow the king, but they were disorganized and had no leader willing to stand up and carry them forward. The citizens were forced to defend themselves against the invading foreigners in small skirmishes dotting the countryside. Influential people in the surrounding kingdoms saw this as an opportunity for easy conquest. The country was lush with farmlands inland and great centers of culture and commerce along the coast. The country was divided geographically by the mighty Erez Mountains that were passable primarily at one single location, the Erez Pass, which the foreigners realized would serve their purposes perfectly. Moles were scattered throughout the country by the foreigners to spread rumors that a massive attack was planned against the farmers with the intent of stealing every ounce of food from their storehouses. With winter coming on, this created a panic and drove all the fighting-aged men from their coastal communities, through the Erez Pass, and into the flatlands in the east where the recent harvests were stored. It was early November and the first snow was threatening to fall. If timed correctly, even the weather might work to their advantage. The panic strategy worked and soon clusters of citizens across the land began planning their defense. At the heart of the pass was a wide valley, comfortably cradled in the surrounding hills, the perfect place for an ambush. When the horses of the defending countrymen rode collectively through the pass and entered the valley, the foreigners closed off each end of the road and converged on the men, slaughtering every one of them, some three thousand in all. In the midst of the battle, snow began to fall as if ordered for the occasion. The near blizzard conditions soon closed off the pass preventing access from either side. Not even a messenger could leave the mountain to tell the anxious families what had happened to their men. It wasn’t until the following spring that the truth was learned about what happened that fateful day. “What happened to the attackers?” Aerwyn had become absorbed by the intrigue of the story. “Did they freeze to death in the snow?” Amun assured Aerwyn that every good plan provides an escape route and the foreigners were no fools. They knew about a secluded mountain valley behind the peaks to the southwest and took refuge there just as the snow was beginning to fall. Seemingly no one on either side of the range knew about this high, country valley so the murderers were never found or brought to justice. When the spring thaw came, the blood of the men washed downstream in the river, exposing the deed and leading the citizens to their departed loved ones. The valley in the Erez Pass was renamed Scarsdale Valley for the many wounded hearts of so many families who lost fathers, sons, and brothers in the massacre. The river flowing through the pass became known as the Everue River since no amount of water could ever dilute such sorrow. Hence, the event was called “The Everue Ambush” and went down in history as one of the most heartless acts of men. Not long afterwards, King Edwin was assassinated by a few of the leaders who helped orchestrate “The Everue Ambush” making the way for William Blu, Earl of Perfidy, to take the throne. Although King William became known as “The Courageous” and was a far better king, bitterness against him ran deep since it was commonly suspected, though never proven, that he supported the take over as well as the ambush. Aerwyn was fascinated by the story; still he couldn’t see how this had anything to do with his mother’s silence and his great-grandfather living in Edelweiss Meadows. Amun explained that there were twenty-four generations between Annah and Celah and that Annah was Aerwyn’s distant great-grandmother. He told how Annah’s telepathic abilities had saved the life of her sweetheart, Edom Blu, who led the conspirators against King Edwin promoting his father as King Edwin’s successor. To dispel rumors that the new king was part of the conspiracy, Edom sacrificed his birthright to the throne and, along with his beloved Annah, submitted to permanent banishment into the Erez Mountains, specifically, Edelweiss Meadows. The numerous graves in the Cherish Hills Cemetery were proof of the fact. It was the unfortunate side effect of a drug used to fake Annah’s death that created the family curse and prevented the birth of females in her family line for twenty-four generations to come.

Celah was the first female born to her family in over 520 years. Her ancestors’ involvement in the assassination of a king in 1342 brought a curse upon the family that prevented any female births for twenty-four generations. However, this curse became the hope of survival for an alien race. So began an outrageous project of desperation spanning four generations and requiring the assistance of Celah and her son, Aerwyn. But trouble appeared on the scene when an outcast band of shape shifters decided to intervene and claim the aliens’ planet for their own nomadic race. Can they be stopped? Will Celah and Aerwyn accept the challenge to help the aliens?

Aliya Saige is a native of Southern California, living with her husband in a small rural community not far from Palm Springs. After more than half a century of living in the city, she learned to love country life with its wide open skies and peaceful lifestyle. She loves the wildlife, amazing sunsets, and brilliant, starry skies. The creative arts have been Aliya’s passion from her youth. In school, she focused on music, playing piano, guitar, and the French horn. She chose commercial art as her career and is still a graphic designer today. She began writing fiction in 2011, bringing her the trilogy she is now creating. Aliya was adopted as an infant and raised in a loving family. At the age of 37, she located her birth mother. Their relationship sparked her interest in genealogy research.