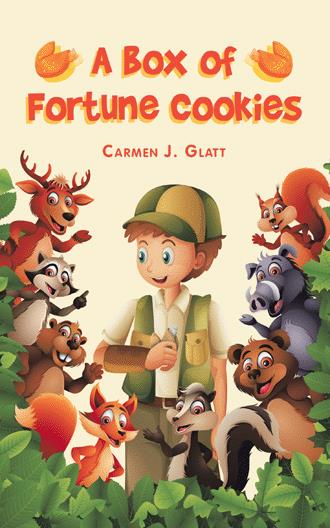 Chapter 1 I laid in bed pondering my meager existence. The sheets were pulled up to my neck along with the blanket I had taken out of the hall drawer during the night. It was Friday and it was the last weekend before school began on Tuesday. Counting today four more days of carefree playtime. The weather was already changing giving me the hint that summer was soon over. I wanted to stay in bed all day and be sad but my mother had other ideas. The door opened and Mother walked over to the window and sighed after seeing the sight of her oldest son still in bed. She flung my window shades up and I could feel the sun immediately on my face. I had my eyes squeezed shut the minute I had heard the door handle turn hoping she would think I was still asleep. But my mother was to smart for those silly games. “Nathan it’s time for breakfast. Go into the bathroom and get ready and come downstairs,” she cheerfully said stroking my hair. How could any son be sad after being woken up in such a manner? I smiled at her. “Mom can’t I just lay in bed all day?” “No. Don’t be silly. We have school shopping to do,” she laughed and left the room. I could hear my brother and sister run down the stairs to the table for breakfast. I looked up at the ceiling and sighed. “Why did summer have to end? I don’t want to go back to school. I don’t want to meet my new teacher,” I said aloud. Then I thought of my upcoming doom. This year I would be in 6th grade. My new teacher was a woman named Mrs. Swindle. Even her name sounded horrible. She was a large lady who never smiled. She had the reputation as being the strictest teacher in the school. No one liked her. She even ate alone. Instead of eating in the teacher’s lounge she ate in the classroom everyday. Not even other teachers wanted to eat with her. That says a lot right there. The second reason I didn’t want to go back to school is because of Douglas Schmitt. He was the school bully and he was going to be in my class. The worst part of that is on the first week of school the teachers in our school seat us in alphabetical order. My last name is Schmidt which means Douglas would be sitting behind me the first week of school! The third reason I didn’t want to go back to school is because my two best friends were in Mr. Jones’s class. Why couldn’t I have Mr. Jones? Why couldn’t all the girls have Mrs. Swindle and all the boys have Mr. Jones? There were 54 sixth graders this year. There were 25 boys and 29 girls. It was perfect. Ok so we could take two girls to make it fair.

It’s the end of summer, and for incoming sixth grader Nathan, his life couldn’t be more pathetic that it already is. For one thing, the name of his new teacher, Mrs. Swindle, sounds ominous enough; then there’s the fact that he would be sitting close to the official school bully while his two closest friends are going to be in the other class. To top it all, we would be consigned to wearing those despicable clothes from the thrift store—again. It is not like Nathan doesn’t understand how most families in their community—including his own—are suffering from the economic downturn. It’s just the harsh realities of his young life are getting into him and he couldn’t do anything about it. Well, it appears to be so, until a strange man gives Nathan a box of fortune cookies one day. When Nathan discovers that the fortune cookies are way more than they seem, her realizes, ironically, that the opposite side of the fence could also be a daunting proposition in life.

Born in 1960 at Wilttenberge, of the former East Germany, Carmen Glatt became a US citizen in 1969, living in Spokane, Washington, for the past thirty-three years. She holds an Associate in Applied Sciences degree, working as health unit coordinator. Carmen takes active interest in fencing, karate, polo, and meditation. She has a short story published in college, while others—including eight screenplays and a TV show—are waiting to be sent in for publication, a course of action she has promised her departed husband.