Grief as a Spiritual Practice

A Journey through Love, Death, Grief, and Life 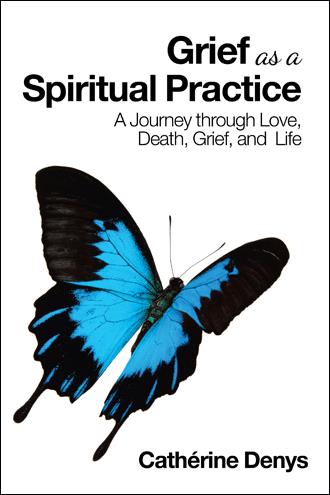 “Unless my oncologist absolutely forbids it, let’s do this!” Typical of my sweetheart, he immediately sat down behind the computer and booked two tickets for the beginning of February. Around that time, he was doing well health-wise. Shortly before the trip, however, he started a new treatment and we knew we would have to take things as they came. Luckily, a lot of his healing agents for the treatment were taken orally rather than through infusion. That trip was such a blessing! The reunion was fabulous and nurturing. We enjoyed every minute of it. We were able to meet with family and friends in Amsterdam as well as Belgium. In retrospect, I’m quite relieved that we took this trip. After the reunion, we made plans to attend the next reunion in 2019. That would be a special one, as 2019 was the year of our twenty-fifth wedding anniversary! Then, at beginning of April, there was a family gathering on Robert’s mother’s side of the family. We decided to be there for that occasion as well. We were going to leave for Dallas at the end of an afternoon appointment with the oncologist; it was a Thursday. Blood had been drawn beforehand so that test results could be discussed at the appointment. The news was not good. The treatment was not keeping the cancer under control anymore. In retrospect, I see that this was probably the turnaround moment, the slow move into transitioning. On our way to Dallas, both of us were sitting in total silence, letting the news sink in. My intuition told me to have Robert turn the car around and just go home to be together and process by ourselves before meeting any of the family. The reunion started on Friday anyway, and we could easily drive up in the morning. I suggested this to Robert. He agreed under the condition that we swing by Central Market and get some noshes (the Yiddish word for snacks). It was a beautiful spring day, late afternoon. We sat on the patio, the table filled with goodies and a bottle of cognac and one of port to accompany them. We talked and ate and drank, then we were silent, coming to terms with what we had heard. The next morning, we left for Dallas. The wildflowers were surrounding us in full exuberance and abundance all the way north. We had a wonderful time with the family; we talked, sang, played, and shared. Robert and I were blessed by the fact that both our families possess a good deal of musical talent. Music has always been part of our get-togethers. Looking back, I believe we were blessed to participate in both family reunions, Health-wise, from then on, treatment followed treatment in an ongoing pattern. First a treatment seemed to be promising, but then it stopped working. Sometimes the side effects of both the treatment and the cancer really interfered with the quality of our life. Yet always front and center in our minds was the awareness of one more day given to us, day after day, and living it, enjoying it to the fullest. On a Sunday evening in May, after some physically challenging days, we found ourselves talking, crying, and sharing on a deep level. Robert told me that he had seen that his soul would flutter away like a butterfly when the time for his transitioning came. I have always been fond of butterflies. In my own town dialect, they are called ellekapelle, which differs completely from the Dutch word vlinder. To me the former word captures the fluttering of the wings. Both Robert and I loved that word. During our talk, I spoke about the turquoise and black butterflies in a Plexiglas box that I had noticed many times at the museum shop of the Houston Museum of Natural Science. Robert immediately suggested we go. “Once I’m gone, you can always look at that butterfly and know that I’m around.” The next day, however, Robert experienced a particularly intense bout of side effects from the new treatment he was on. He had hardly any energy to walk, but he was determined to get me that butterfly. Normally he was the driver, but that day driving was not possible. I helped him into the car, and we drove to the museum. It seemed as if the whole town had planned a museum visit; there was no parking to be found. I double-parked in the street and helped him out of the car. With him resting both on his cane and on my arm, we made it to the nearest bench. I had to ask someone to give up their seat. The bench had neither armrests nor backrests, and I was afraid he would fall over. All his strength seemed to have evaporated with the strong healing agents he was on. I ran back to the car, drove around to find a parking spot, then ran back to Robert, all the while with worst-case scenarios going through my head. Getting Robert up from the bench was a challenge. I suggested he stay there while I went into the museum shop, but he declined, wanting to be with me. Very slowly we advanced toward the museum and into the shop. As if by magic, the display table with butterflies was right at the entrance, and my eyes immediately spotted a black and turquoise butterfly—called a blue morpho. I went to the register, paid for it, then returned to help my sweetheart back to the outside bench. I went for the car and retrieved it, and we drove back home. Robert was spent for the rest of the day, yet there was a beautiful smile on his face when I placed the butterfly on the mantel. At the end of that month, I wrote a friend, “Is this the beginning of the end?”

What happens when the love of your life dies after a quarter of a century of an ever-growing, ever-expanding, ever-changing life together? Instead of plunging into the big black hole everybody talks about, Cathérine Denys experienced something totally unexpected that showed her how to live with the grief. Cathérine, whose greatest desire has been to live the most conscious life possible, shares that principle in an inspiring teaching memoir. After revealing how she nearly bypassed the encounter that turned her life around, she shares insight into the unfolding of a relationship as she traveled between Antwerp and Amsterdam, experienced life in a kundalini yoga ashram, and finally moved to Texas. When her husband was diagnosed with an aggressive cancer that eventually took his life, Cathérine details how she navigated amid her grief and used it as the perfect circumstance to take the next step for personal growth and change, while at the same time actualizing a joyful existence. Included are exercises and tools to help others handle their own story of loss and mourning. In this poignant narrative, a woman explores a conscious way of grieving the death of a loved one while sharing wisdom and practical tips to help anyone on the same journey.

Cathérine Denys grew up in a small town in northwest Belgium. She studied social pedagogy and taught psychological and educational subjects in various schools. Prior to settling in Houston, Texas, with the love of her life, she lived for two years in an ashram in Amsterdam while she trained in various counseling modalities to support her on her consciousness journey. Grief as a Spiritual Practice is her first book.