Strings in the Shadows 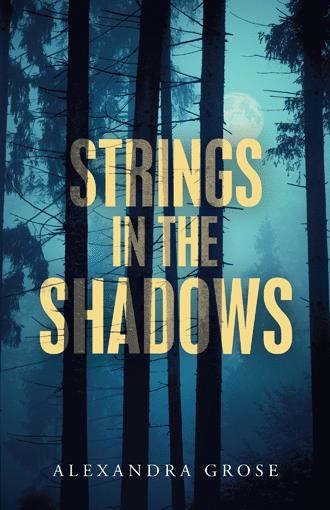 “Marnie, it’s time to go,” Toby called from downstairs, as he glanced at his watch. “Yes. I know! Don’t rush me Toby, I’ll be down when I’m ready.” Marnie called back, angrily. “I’ll bring the car around,” he retorted impatiently, as he swiped his keys off the counter top. Toby reversed his red convertible out of the garage. Retracting the roof, he waited until Marnie strapped on her seatbelt, before gunning the car down the long gravel driveway and out onto the country lane, heading towards the city. Dust trails, suspended in their wake, in the still cool morning air. On the drive to the solicitors, Marnie said for the umpteenth time, “Toby, darling, I really don’t see the need for this.” “I know you don’t honey, that’s why I’ve organized it all. All you have to do is sign the papers.” His wife could be such a fool at times, Toby thought to himself. Then he said to Marnie, “Marnie, there’s going to be investigations. I don’t want to see all our assets sold at action. If they’re all in your name, we get to keep it. Okay?” “Okay, Okay. I know. You’ve said so before. We could just sell the stuff and buy it again later. Why go through all this, if it belongs to someone else?” she stated. “It doesn’t belong to anyone else.” Toby was trying to be patient, but his patience was wearing thin. “I worked for all this stuff. It’s mine to do what I want with. It isn’t my fault the company is going broke and I’m not losing everything I worked for, just because the investors can’t take the downturn in profits.” Here we go again, he thought, round and round in circles with this conversation. “I thought Ginny was doing well?” queried Marnie. “It is,” said Toby, “but people are nervous and there’s a few clients who want their money. They’re big clients, Marnie, with a lot of money invested. That money just isn’t available at the moment.” Toby had tried to protect Marnie from all this. He knew she didn’t understand numbers, particularly when it came to banking and investing. He was trying to keep her out of all the mess, but sometimes; ‘you gotta do, what you gotta do,’ he thought. Just then Marnie screamed, a loud, piercing, hysterical scream. A horrified look crossed her face, her eyes opening wide, like saucers, as metal contacted metal, and a 4WD ploughed into the side of their convertible. Glass shattered all around them, as Toby felt the force of the impact, lift him from his seat. Toby appeared to almost dive over the front windscreen, a surprised look on his face, as the seatbelt sheared away from its mooring and the car spun in a 360-degree circle. Hitting a large boulder, the car flipped end over end several times. Debris flew in all directions, as the car came to a halt in a paddock, causing startled cattle to scatter, their herd like mentality driving them to the far end of the field. Toby died on impact, as he flew head first into a tree. Marnie, screaming in agony, her legs crushed and trapped inside the car, as it exploded into flames, sending a fire ball high into the crisp blue sky. Black, acrid smoke plumed, as the driver got out of the other vehicle. He wobbled and teetered a little, before hopping into the next car which came along. They drove away, leaving the scene deserted. At exactly the same time, on the other side of the continent, black smoke could be seen, rising from the horizon on the North Pacific Ocean. As onlookers at Long Beach called 911, a helicopter flew overhead, racing to the distress beacon emitted from the overturned boat. The couple, bankers from Westhaven, we’re killed when their boat exploded, along with two colleagues, one of whom died in hospital, later that day. All were in the process of selling stocks, bonds and personal inventory, in order to liberate themselves from the bank and all it stood for. In the UK, the time zone is different, but at the exact same time as these accidents, their day time, a cyclist was struck by a car and killed. The driver of the car departs the scene, as the ambulance races towards it. The cyclist worked for Wessex Bank, a manager who had worked with the company 22 years. With a lot of stock in the company, the manager decided to sell all. He’d mentioned to his wife, things we’re crook at the bank. She didn’t know what things, or to what extent, but she knew there was a problem. He died instantly, on impact, neck broken, legs twisted, blood trickling from his mouth. 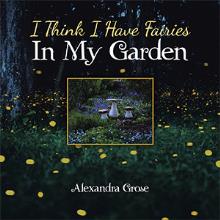 I Think I Have Fairies In My Garden
Alexandra Grose
$10.95

A fascinating account of greed on a gigantic scale, of market manipulation, option swaps and underhandedness, within the financial industry. This is a novel, with a hint of truth, behind the lies. The collapse of financial institutions goes global, as the economic market heads into freefall and insider trading is uncovered. Journalist, Tim Parkes, is to fit the pieces together, after surreptitiously been left clues to uncover. Just who is it, that started it all? As murders from large corporations are exposed, along with the murder of scientists; world leaders in semiconductors and gene manipulation for chemical and germ warfare become known, the financial world goes into a tailspin. With the knowledge of bribery and underhanded deals, Tim goes on a search to find the truth. He’s being targeted and watched and he knows it. He knows he needs to open this can of worms and bring the treachery to the table, before he becomes yet another dead pawn, in somebody’s game. As world-wide lending institutions, succumb to the ravages of global financial collapse, developed through their own unscrupulous activities, more and more people are left to fend for themselves. The collapse of the sub-prime mortgage industry, has left financial institutions to do, or to die. The sub-prime mortgage industry has disintegrated, leaving millions of people destitute in its wake. With lawlessness, disorder, looting and riots a way of life, this is a story, which brings price fixing to the fore, exposing cover-ups, market manipulation and murder. Anarchy raises its ugly head, as Wall Street teeters, before collapsing, while Tim sorts out truth, from lies. Just who is the marionette director? Who is the person pulling the strings in the shadows, the puppet master, in this game of espionage, market manipulation, murder and mayhem? The answer may just surprise you.