Awareness to Overcome All, While Healing Debts of the Heart, Mind, & Soul 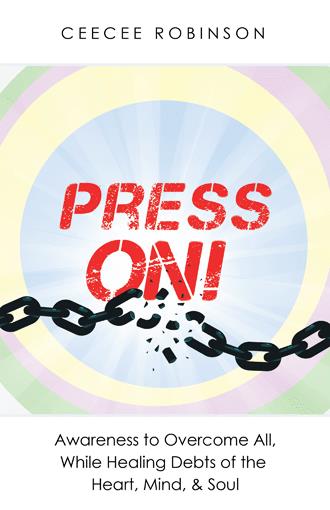 “I’m beginning to believe the killer illiteracy ought to rank near heart disease and cancer as one of the leading causes of death among Americans. What you don’t know can indeed hurt you, and so those who can neither read nor write lead miserable lives, like Richard Wright’s character, Bigger Thomas, born dead with no past or future.” – Ishmael Reed

Turn off the autopilot feature of human unconsciousness by simply pressing on! I know you are thinking, Press what? There is no physical button. The action of pressing is relative to decision. This process of personal growth filters the conflicting emotions of life built in an unaware mindset into becoming consciously aware of self and environment. Subsequently, this includes waking up to an active life free from the limits of fear!

Many navigate life blindly in a sleeping ignorance of bliss. There are generational gifts of pain left for inheritance, with no assigned beneficiary. The only requirement to receive is to not pass down a conscious mindset. In return, the recipient passes down urges to settle in an unawareness of mind, affecting the heart, which ultimately dims the light of the soul.

The laws of our land cannot be tampered with by humankind. Universal resistance is the only necessary resistance in life. If drama and negativity repeat, that is because the active cycle is doing just that: repeating. There is an effect paired with every cause. Resistance is key in maintaining elemental order. For an object to break, there must be additional tension applied. When problems exist, the effort it takes to run from these problems increase resistance in real time and often without notice.

Making a healthy choice to prevail through past emotional conflicts provides ease to tension in the present. Unhealthy practices of avoidance, suppression, and disassociation to problems alter the nature of duality, life’s natural contrast. What would ebb be without flow? What is good if there is no bad? Could we go up if there is not a down? There is an opposite pull to everything to keep balance. Daily, there’s significant urgency for the checkbook to balance, but does anyone consider with urgency the balance of the heart?

Negativity constricts positivity with attempts to overshadow perception, mirroring the heart’s weaknesses. One’s inferior projections feed insecurities from sources built up with unacknowledged inflictions of pain. Jealousy, envy, and pride are fragments of an inflamed mindset. Irritations in the psyche develop at the triggering of accompanying physical sensations. Most times after taking a pause in the present, we often realize the negative sensations are ill fitted for truth of the moment.

Why does the truth remain the story less told? Is it to shield consequences of deceit? Secrets can be a harmful way to resist. These covert messages can adversely affect the psyche, becoming a weapon of mass destruction, especially for the person who does not know. Some societal codes bond secrets with loyalty and trust. This can blur the line of virtue if secrecy leads to lack of self-worth and unhealthy manipulation.

to an atom, molecular in weight.

Nurturing all species to cleanse,

on exhibition while taking a shower.

If you are looking for better ways to overcome inner conflict, renew your perception of reality, and find better ways of living, you are not alone. In Press On! author CeeCee Robinson shares a powerful memoir full of raw, intimate truth and deep reflection, interspersed with poetic twists of expression. She offers a testimony to the journey she took in overcoming her own inner conflicts, the result of traumatic life experiences. Though she believed she had escaped unscathed, life-altering events caused her to wake up one day with thirty years of suppressed emotions tugging at her heart. In her voyage of self-discovery, she learned that the key to freedom can be found while navigating toward the empowerment of soul’s voice. Reshaping our perspective renews our best features—the mind, body, and soul. Only then will solutions appear to aid the healing of multidimensional brokenness. This personal narrative tells one woman’s story of rebuilding her life as she decided to live in awareness, affording the ability to embrace humanity refreshed, in the best version of herself in hopes to inspire others to do the same.

CeeCee Robinson uses her Divinity-granted problem-solving gifts to help others through advocacy, compassion, and motivational speaking. She enjoys listening to all genres of music, laughing, seeking knowledge, and expressing creativity. Visit her online at ceeceerobinson.com for access to her podcast, The Vibe Clinic, which offers weekly doses of positivity and other mixed media expressions of wellness an spirituality. She and her partner live with their two cats on the Gulf Coast of Florida.