The Transformative Power of Community 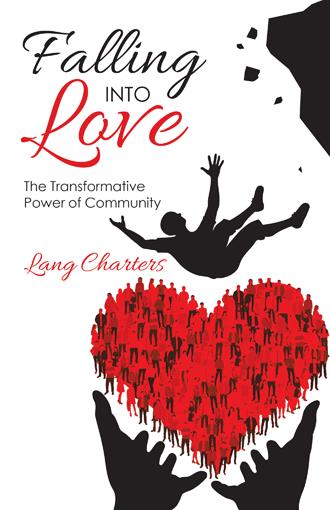 Red Rock Canyon, in the desert just outside Las Vegas, is a stark yet beautiful landscape. It features few plants or trees but is littered with vibrant, burgundy-colored rocks varying in size from pebbles to boulders and even plateaus. Jagged mountains, many of them in the distinctive dark red that the area is named for, curve around the park on three sides, forming a bowl of sorts so that almost every vantage point gives good views of the mountains. As I hiked the trails on November 10, 2008, with my fiancée, Kate; my three-year-old daughter, Lara; and Kate’s son, eight-year-old Leif, we spied rock climbers scaling cliffs in the distance, a common sight in the park. It was the kind of day you dream about and remember fondly for the rest of your life.

Because of our long-distance relationship, Kate and I saw each other only every few weeks, and we had spent time together with both of our kids on only a couple of occasions, which made this visit extra special. During the weekend, we laughed, kissed, held hands, played with the kids, ate at the Cheesecake Factory (who can turn down dinner followed by great cheesecake?), watched movies, and had an excellent time together.

Most picture Las Vegas as a pretty hot place, but on a fall day like November 10, the weather was practically perfect. The temperature was in the sixties, and the sky was sunny after raining the night before. So it was that following my usual morning run, Kate and I took the kids to Red Rock Canyon.

The park was covered with rocks, boulders, and larger formations painted magenta by nature. In places they were stacked one atop another, creating a series of rocky hills and valleys. Most of these formed fairly gentle inclines, and as we walked, we passed several other groups of hikers.
We strolled around the park while taking pictures and enjoying ourselves. “I like your yellow tank top,” I told Kate.

Kate was the designated photographer, so at one point, the kids and I got a little ahead of her, and one of us—no one remembers which—spotted a cave that was a short hike away. We all took a look and readily agreed that we wanted to explore it. I set about searching for a good path to take to it while Kate and the kids stood back.

At the time, we were on a large, flat plateau that was big enough that although the kids stood near the center and could see the formation’s edges, they couldn’t see down to the ground some thirty feet below. At the edge of the plateau, and a step down from the main surface, lay a path leading to the cave. In other words, the hollow was around the corner to the left, at the end of the trail.

Kate and the kids stood in the middle of the formation on top while I went to the side to get on the trail below. I sat down and put my feet on the ledge. As I stood, my feet unexpectedly slipped out from under me, dropping me back on my butt, which pitched me forward. It was not a violent, vault-into-the-air movement but a completely-caught-off-guard type of spill with forward momentum that pitched me swiftly toward the edge of the ledge. I tried to plant my feet, but they kept sliding on the rocks that were a little slippery from the previous night’s rain. I frantically attempted to grab the nearby rocks to halt my progress, but my hands could not find a good enough purchase. Skidding on the rock and loose dirt toward the edge of a cliff, I couldn’t do anything to stop my momentum. I soared out into empty space.

I flew off the cliff and fell headfirst like I was diving into a lake—only there was no water to soften my fall. My body built up quite a bit of speed as I plummeted those thirty feet. My head crashed into a ten-foot-long boulder with such force that my sunglasses exploded into a shower of fragments around me. The impact bounced me backward like a ragdoll, smacking the back of my head with a crack. I had numerous broken bones in my face, a badly broken right wrist, and multiple other injuries. I lost consciousness nearly immediately and lay dying on the desert floor of Red Rock Canyon.

Why did this happen? Why did I end up surviving when I should have died? Why did I survive while others die from similar tragedies? I don’t know, but I am convinced of a couple of things. First, it was not God’s will or actions that caused me to fall off the cliff. I believe God is love, and love is good and does no harm. The trauma of falling so far and hard that I should have died was not good for my family, friends, or me. The Creator of everything is assuredly beyond my comprehension, but that doesn’t mean the Divine’s and my understandings of goodness are of different natures or kinds. It means God’s goodness is better and bigger than I can comprehend.
Second, as I hope to show in the following pages, although God doesn’t micromanage the universe and directly cause everything that happens, Jesus does and will bring good from our successes, tragedies, and everything in between. One could even say that is the message of the cross and Easter Sunday. God took the worst thing ever-Christ being killed on a cross-and turned it into something amazing: the defeat of sin and death. The questions are these: Will we open ourselves up to receiving and seeing the possibility of beauty coming from our darkest moments and deeds? Will we surrender and allow ourselves to fall into love?

Lang Charters was living the American Dream until a surreal accident on a family hike stole not only that, but nearly his life. Yet, plummeting off a cliff taught him the richest life isn’t about ascending and achieving, but falling into the love of God and others.

In Falling into Love, he narrates an inspiring story about his accident, recovery, and rehabilitation. He tells about people coming together when life falls apart, love transcending distance, hope in the midst of despair, beauty blossoming from hurt, and God’s unending affection for us shining through in gloriously simple, regular, weird, and awesome ways.

This feel-good memoir faces the struggles, doubts, pains, and questions head on, grappling with deep issues thoughtfully and authentically. Charters shares his story and reflections to encourage a greater love for others, self, life, and God. If love is the point, his tale of nearly dying, loss, sorrow, transformation, relationship, kindness, care, healing, and God’s goodness highlights what this means.

Lang Charters, a retired Air Force serviceman, is working on a doctorate in spiritual formation. He lives in Poulsbo, Washington, with his wife, Lisa, and daughter, Lara, while using his Master of Divinity to help people grow into greater aliveness by teaching yoga.