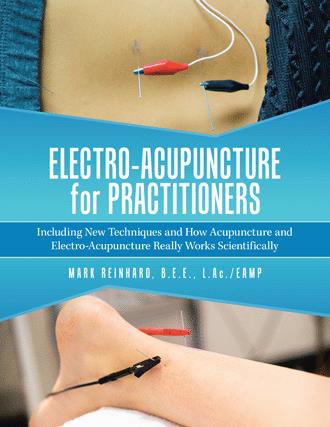 So What is Qi? The concept of Qi is a strange one to the Western mind and is usually misinterpreted as a thing when actually it is an idea. Qi should be more properly thought of as the life-supporting properties associated with something. Let me explain. Even in TCM there are different kinds of Qi, each associated with some function or process in the body. For example, there is Zhong Qi, which is the life-giving properties derived from the air we breathe. Then there is Gu Qi, which is the life-giving properties derived from the food and drink we consume. There is also Wei Qi which is thought of as defensive energy that protects us from catching a cold or flu (i.e. our immune system). Then there is the Qi in the channels and the Qi in the Organs themselves. Etc., etc. So, you see, Qi should be thought of as an idea and not a thing as many believe. What it represents depends on what kind of qi you’re talking about. The Qi in the channels even can be thought of as representing two things. First is the quality of flow in the channel which affects the nutrition of the cells and the ability of the cells to get rid of the waste products of metabolism, and then there is the quality of the extra-cellular fluid itself. So Qi isn’t just one thing.

This book is meant as a textbook for students and practitioners to use as a reference to guide them in the safe and effective use of electroacupuncture. It includes the following: • How acupuncture and electroacupuncture works scientifically. • Effective means to treat inflammation anywhere in the body. And when to use each. • How to stop a degenerative process. • How to repair partially torn tendons, ligaments, etc. without surgery. • How to speed up healing of broken bones. • What various frequencies do and when to use them. • New needling techniques and additional lines for scalp acupuncture. • My theory for why we have microsystems. • My theory on why magnets work. • New uses/functions for existing points. • New points that are useful clinically. • What acupuncture points are and how best to use them. • Proof the meridians are a secondary system for the circulation of extracellular fluid and what that means for treatments. New treatment based on that fact to treat lymphedema. • How to treat a number of disorders with electroacupuncture. • How and when to use a point locater. • A new method to diagnose organ problems before Western tests. • Ryodoraku acupuncture, a Japanese form of electrodiagnosis and treatment. • I also cover Light therapy, Light and sound therapy, Hemisync, and a short course in Therapeutic touch. • Other tips from a practitioner with over 30 years’ experience.

Mr. Reinhard graduated from Georgia Tech in 1981 with a Bachelor’s Degree in Electrical Engineering, specializing in Fiber Optics and Integrated Optics. He then moved to Seattle to work for Boeing. In 1983 he learned Therapeutic Touch and discovered his true calling in Alternative Medicine and realized how much more rewarding it was to help people feel better than it was working on planes or missiles. He received his training as an Acupressure Therapist from the Northwest Institute of Acupuncture and Oriental Medicine (NIAOM) and was licensed as a Massage Therapist in 1987. In 1990 he graduated from NIAOM as an Acupuncture Therapist and received his State License (L.Ac., Washington) and National Board (DipI. Ac. (NCCAOM)) Certification in Acupuncture. After working part-time with an MD and a Naturopath/Acupuncturist, Mark founded Valley Acupuncture Center in 1991. In 1992, he was certified as a detox Acupuncturist by the National Acupuncture Detoxification Association (NADA) and then worked part-time at a detox clinic in Tacoma, WA for about a year. Mark has been a frequent guest on the cable health show “The Healers” and is former Membership Director and Treasurer for the Acupuncture Association of Washington. He has taught Electro-Acupuncture at NIAOM, SIOM and Bastyr University. He had a stroke in December 2015. During his convalescence, he decided to use the time to write about his convalescence and treating himself with scalp acupuncture(“Acupuncture and Stroke, a personal experience” (not yet released)). In it he describes his experience using acupuncture to treat himself. He then decided to write this book as well to share the knowledge he has gained over his over 29 years of practice. His specialties are Electro-Acupuncture and Scalp Acupuncture. Over 80% of the patients he treats find at least some relief. He is also currently designing and building several electroacupuncture machines as well that can do all the things described in this book since there is no such devices on the market.