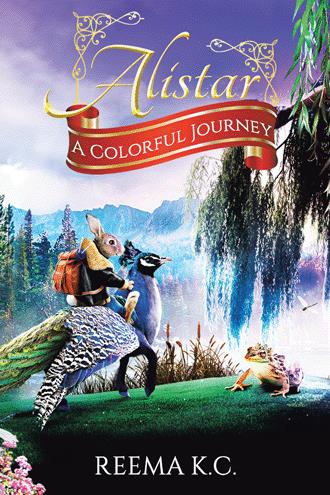 Chapter 1 A Flame that Never Dies “He’s gone,” Hemsworth whispered to himself as he gazed at the flames in his fireplace. It was a cold fall night in Hummingbird Forest. The rain dropped like rocks against his rickety tin roof. Hemsworth was preparing for the first day of a quest that he hoped would go down in the history books of the great Creatopia nation. His heart, like that of King Zazar’s, desired harmony for the creatures that inhabited the land. It wasn’t always like this. Why did things have to get so bad? He pondered the question as he reached into his cabinet above the stove and began to prepare a cup of maple leaf tea. The smell of the maple leaves brought back memories of sitting at King Zazar’s round table, discussing the next big quest for Creatopia. Meetings always started off with a fresh pot of tea, served with crumpets made by the best chefs in Lemur Landing. It had been a few years since the passing of King Zazar. Hemsworth turned to a photo on his fridge, which showed him sitting proudly on the shoulder of his beloved king. Zazar was known to have a radiant personality, always looking for ways to bring creatures of Creatopia together in harmony. The king had a crafty ability to look into the soul of any being. It was the words he chose to speak that pulled at a creature’s heart strings. Zazar was a lemur of passion, honor, and justice. As one of the few lemurs left in Creatopia, he loved to dress in colorful velvet cloaks made of beads and jewels. At first, it was his sense of style that caught the eye of many, but it was his personality that convinced them to stay. The photo was taken at Narwhal Landing when King Zazar spoke to the Narwhalians of joining the United Creatopia Kingdom. It was a day of victory, a day of pride, he thought silently to himself. Hemsworth was shocked to hear the news of King Zazar’s passing. The two of them weren’t just friends, they were like brothers. King Zazar’s rule over the kingdom meant a future filled with great possibilities for Hemsworth and for Creatopia That is the thing about loss; it takes one down a deep hole into the darkness. One doesn’t feel just a loss but also a sense of having to pick up the pieces of the past and somehow form them into a new future. Hemsworth sat in his room for days, in the darkness, thinking only of how he could put the pieces together again. As the days passed, Hemsworth began to regain his strength and accept the emptiness that filled his heart. He then chose to honor his king by keeping memories of Zazar around the house and cherishing all the happy times they shared. Although King Zazar always preferred to wear the finest velvet cloaks adorned with jewels and beads, he requested to be dressed in plain white cotton on the day of his departure. Each kingdom was asked to bring soil, feathers, and flowers from their homeland. With a fire burning and stories shared, all the nations stood united behind the greatness of their beloved King Zazar. Knock, knock, knock. The sound of someone knocking at the door drew Hemsworth out of his daydream. He opened the door and peered out into the forest. “Hello … you there?” Hemsworth called out into the night air. The rain fell heavily on the redbrick doorstep as he surveyed the dark forest. Standing silently in the night rain, Hemsworth made out the figure of a mysterious visitor dressed in an emerald-green cloak. “You have the vials?” the creature demanded in a low, raspy voice. “Yes … yes … here they are.” Hemsworth reached into his robe pocket and handed him four vials filled with bubbling liquids of various colors. The hooded creature grabbed the vials with his wet claws and turned quickly, returning to the woods. “The night is growing tired. Be safe out there, my friend!” shouted Hemsworth as he watched the creature disappear into the darkness, riding swiftly on his raganoo. Hemsworth sat back down on his chair with a sense of hope and relief as he watched the last ember in the fireplace slowly burn itself out.

When all hope is lost, Queen Penelope turns to the people of her kingdom for help. King Tia, ruler of Carrot Kingdom, has gone missing without a trace of his whereabouts. Alistar Sparks is a young rabbit who embarks on an unforeseen journey to help the king find his way back home, with nothing more than his mother’s old knitting needles, his father’s advice, and a few balls of yarn, it is up to him to discover a way to bring the king back home . The journey begins when Alistar is approached by a mysterious stranger in Hummingbird Forest, and is left with the words “If you want to really fly, you’ll want to sit on a dragonfly.”

Reema, a first-generation American whose family immigrated from the Fijian islands, grew up in a small town within the California Bay Area. She obtained her bachelor’s degree in criminal justice and has spent a number of years as a life coach. When she’s not writing, she enjoys sketching, cooking, and spending time with family and friends.