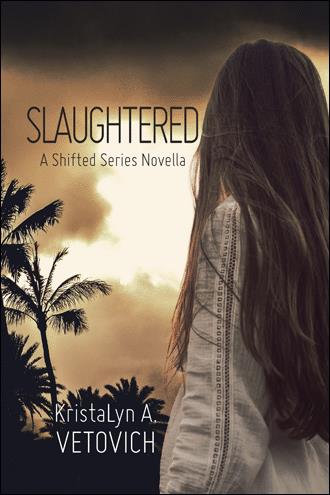 John Williams has been the center of my world for the last forty-three years. I was there when he was born, watching him grow and build a family, guided him to the London Mission Society, and protected him as he inspired an entire chain of islands to find religion. Every line on his face reminds me of the days of frowns and joy that caused it. It's been a great run. But now John has to die. It's not as bad as it sounds. Everyone dies. John's time has come and, subconsciously, he knows it. The proof is in the ink of his journal. Sunday afternoon--16th November, 1839 Oh! How much depends upon tomorrow! The approaching week is to me the most important of my life! he pens at the wooden desk aboard the Camden, a ship designed for this voyage and a testament to John's impact on the world. I rest a hand on his shoulder, sending a thrill of excitement with a pinch of nervousness to his chest as I've been doing for days now to prepare his soul for the last day of his life. That's my job. I'm John's Firn, his guide through living and fulfilling his purpose, which he's done beautifully. We're in this together. I care about John, and I would never scar his soul. We discussed his death at length before he left Lemayle to be born into Velt with the other living souls. It won't be pretty, considering the circumstances, but we finally settled on death by bludgeoning, which is merciful compared to the other options the New Hebrides islands have to offer. I'll spare you the gory details. The truth is John is part of something much bigger than these islands, or even this world. His performance in this life has been an evaluation of my effectiveness as a Firn. So far, it's been stellar, but I won't have us choke in the last days. If he leaves Velt as smoothly as he came in, I'll get the promotion I've had my eye on for centuries. I'm not the only candidate, though--who wouldn't want the most coveted position in the final unfolding of El Olam's Plan? This is no time for mistakes. I check the tourbillon clock on John's desk, bouncing with impatience. Its elegant panels depicting scenes from the Bible stand open, John's way of staying centered on his purpose. It's cute, not entirely accurate, but it's made John a good person. He'll understand the truth of the conflict between El Olam and Narn in a few days. Because that's when it's going to happen. John dies in two days. I can't wait. Two days feels like an eternity and the clock seems to mock me for how slow its second hand ticks around its face. I can fix that. We still have ten minutes before John is due up on deck for the briefing to review the visit to the island of Tanna. Why not arrive early? With a little push of the minute hand on the elegant little timepiece--a hefty effort on my part, incorporeal as I am, but it's worth it--the clock plays a happy jingle to the tune of some hymn or another. John jolts. His pen drops to the desk and he smudges the ink of his journal. He rubs his eyes. "Time already?" His voice is rough, like he'd been sleeping instead of lost in thought. With a sigh, he pushes away from his desk adjusting to the light shining through the open window and the sound of waves just feet below him. It's too beautiful a day to remain below deck. "Come on, come on," I urge him, pushing shivers to his shoulders. He shakes off the tickle and dons his hat to protect is balding head. A modest but regal man is John Williams. Respected, revered, and unaware of it. He tugs his old coat around him. It doesn't quite close and it could use some stitching, but it's presentable enough for the "savage" chiefs of these island tribes in John's experience. Word of him hasn't spread this far though. These islands are untouched by pale-faced missionaries. For now. Tuesday will see the world become a little smaller for the London Mission Society, and much bigger for John's soul. He'll return to Lemayle and re-learn the cosmic secrets that living souls only guess at. He'll be given a choice: stay with us and either rest in peace or pursue the path I chose in serving El Olam...or align with Narn and join the flock of witless souls who follow him for reasons I can't comprehend. If he doesn't feel up to the decision, he'll be sent back to Velt to add to his soul's experience and mature enough to choose next time. That's all living is: research for the biggest decision of our afterlives. Death has a bad reputation in Velt, but only because living souls forget. It isn't the tragedy they make it out to be. It's a homecoming. To me, John is coming back where I can see him face to face and shake his hand for a job well done. He's been a wonderful Neshome to me, followed every nudge I've given him, but guiding him isn't the same as seeing and hearing me in person. If he sticks around in Lemayle for a while, I may even mentor him one day like I did with Jordin. Jordin is doing well. I'm proud of that because it wasn't easy. John would be a pleasure to teach. But none of that can happen if we never make it upstairs! "Stop fussing with your hair," I groan. "You can't even see it and, frankly, there's not much left to see." John frowns at his reflection in the small mirror above his wash basin. "Right." He flips his journal shut, organizes his desk so he has a clean workspace to return to, and makes for the stairs. Now, things get interesting.

Anaya is a Firn, a spirit guide to living souls and guardian of the Divine Plan. After lifetimes of practice—not her own lifetimes, but those of the souls she stood beside—Anaya has finally caught the attention of the Powers-That-Be and is one of the most respected spirit guides in the afterlife realm of Lemayle. Anaya receives terrible news while trying to wrap things up with her most recent soul: the soon-to-be martyred John Williams. Her best friend and soul mate, Jordin, has deserted the Firns and joined the Aropfain, the direct enemies of the Firns and foils to the Divine Plan. Jordin wants to save John’s life, so Anaya now faces the moral struggle of opposing her best friend while making sure John dies according to Plan. In the cosmic battle of good and evil, Anaya is no longer sure on which side she belongs. She’s the spirit guide to an innocent martyr; Jordin is the demon trying to save a man’s life. Who’s the real villain here?

KristaLyn is an internationally bestselling author, certified holistic practitioner, and intuitive coach who helps people attract the lives they want to live with the one thing they can’t control: divine timing. Graduating from Susquehanna University, KristaLyn knows what to do with a BA in English. She has published nearly ten books in fiction and nonfiction, all with motivational themes of being your own hero and serving the world through your unique talents and gifts, which she knows everyone was born with. For her thirteenth birthday, KristaLyn’s mother took her on her first of many mission trips, introducing her to how a single person can make a large impact on the world one fellow human being at a time. Thanks to this, KristaLyn has spent more than a decade serving others through coaching and holistic therapies. She is certified in life, spiritual, and health coaching, various holistic modalities, including Reiki master/teacher, crystal healing, advanced Integerated Energy Therapy, and Advanced ThetaHealing®, with additional certifications in Hellenistic astrology and chirology. A paragon of the millennial generation, KristaLyn performed a variety of jobs, ranging from amusement park showgirl to Group Mission Trips’s Week of Hope program coordinator and Disney World cast member, as she pursued her dreams of sharing her message with the world. KristaLyn lives in a treehouse in Elysburg, Pennsylvania, with her husband and corgi, Jack, and cooperates with her family to help revitalize the coal region of Pennsylvania to a new, sustainable glory. Website: KristaLynAVetovich.com Email: info@KristaLynAVetovich.com Social Media Handle: @AuthorKristaLyn