An Immigrant's Search for Identity 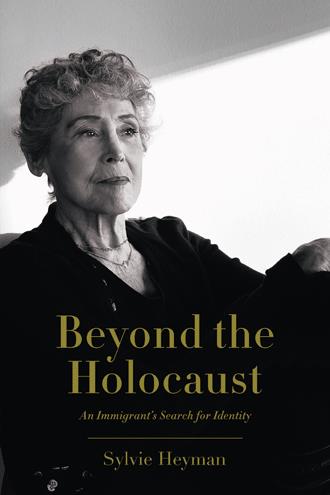 From Author’s Note: Several years ago, my son Paul asked me if I would write my memoirs about my experiences as a Holocaust survivor. His request surprised me but not nearly as much as he was when I told him I was not a Holocaust survivor. "What do you mean you're not a Holocaust survivor!" he shouted as if I had betrayed him with false information. "Didn't you tell me that you and grandma and grandpa fled from Belgium during Hitler’s invasion and travelled through Europe during the war? “Sure,” I said, ”but we were refugees from the Holocaust, not Holocaust survivors. There is a significant difference between these two.” So although my family and I lived through the war, the war didn't live through us. And while I am a refugee of World War II—a refugee from Nazism, a refugee from the Holocaust—I could never call myself a Holocaust survivor. From Chapter 2: I felt the tickle in the back of my throat getting worse as I recalled my parents telling me earlier that I had to be very quiet when crossing the Uruguay River. “Not a word, not even a whisper. Is that clear?” This was told to me numerous times and yes, it was perfectly clear. But when we stepped onto the small boat that cold winter night, so foggy that I could barely see my parents sitting next to me, the tickle that started as a faint annoyance developed into a full blast cough. A large, coarse and smelly hand across my mouth quickly muffled it, and I spat in it to avoid choking and because the fishy odor made me sick. The shock of that hand landing suddenly on my face took my breath away and made my heart beat so fast the tickle stopped dead. The military police guarding the borders were only a few kilometers away and were trained to listen for any unusual noises that might suggest clandestine movement in the waters. Our guide, who was an expert, stopped his rowing to assess the consequences of my untimely cough. Had the police heard anything? Were they reaching for their rifles? My parents and I were directed to lie down on the bottom of the boat and hold our breath as much as possible. It was easy for me to do because the fishy pungent smell was more than I could bear. I remained quiet as a church mouse for the rest of the trip. When we arrived at the border and got off the boat the putrid smell of the swamp made me gag, and I felt sick to my stomach but I willed myself not to throw up. Another guide was waiting for us on this side to help us cross the border. He brought blankets and gloves that looked more like oven mitts, and I wondered what they were for. We walked a distance through a woody area, my father carrying me in his arms, my face buried in his armpit that smelled like salt and vinegar, but was better than the rotten egg smell of the swamp. I was terrified that if I stepped on the muddy ground it would swallow me up. Our guide told us that we would have to pass through barbed wires to reach the other side and once we were there we would be safe. After about half an hour of walking, me with my eyes closed so as not to see the ghost-like appearances of the trees, we arrived at an area where the ground was dryer and the barbed wire had wider gaps and looser coiling promising an easier passage. But the menacing wire that looked as though it were lined with sharp and pointed teeth dared us to go through. The plan was for Papi to go across first; I would follow with Mamy just behind me. It made sense that one of my parents would be on either side of the fence at all times. I wanted to scream when my father put me down on the ground for half a minute so he could go through but I held back when I remembered the monster hand across my face. Besides, Mamy picked me up immediately. From Chapter 4: Recently, I took my visiting 17 year-old grandson Zach to see the Statue of Liberty. On the ferry headed to Liberty Island I looked ahead and saw HER from the distance. Suddenly I felt my heart racing and a cold sweat overcoming me. Before I could realize what was happening I was overwhelmed with an intense emotion, like a pressure on my chest that took my breath away. As we got closer, Lady Liberty got larger and larger, and as she loomed the pressure in my chest increased and tears that couldn’t be held back stubbornly and defiantly rolled down my cheeks. I didn’t want to embarrass Zach so I moved away and told him I was taking photos from another angle. I literally didn’t know what to do as the uncontrollable and indescribable sensation kept rising in my solar plexus. But SHE was like a magnet. I couldn’t look at HER without breaking down but I also couldn’t stop looking at HER. Desperate to distract my attention and get some support I called Dave, my husband, but doing so just made me even more upset. “I can’t stop crying!” I tried to tell him. He couldn’t understand a word I said between my hand cupped over the phone, the jerky sounds coming out muffled, and me walking around the ferry like a lost child in a department store. This went on while I walked back and forth, glancing at HER and then having to turn my eyes away until we arrived at Liberty Island and stepped on land. Only then the feeling that had so powerfully engulfed me like an emotional tornado began to subside.

Beyond the Holocaust: An Immigrant’s Search for Identity is Sylvie Heyman’s personal narrative as a refugee, with her family, from Europe during World War II. It chronicles their journey to Brazil, the harrowing experiences as they were smuggled to Argentina, the challenges faced in those dictatorship countries and the final immigration to the United States of America when the author was a teenager.
In the second part of the book, the author blends her personal experiences with scholarly theories about language, nationality, and identity to better understand the long-term struggles and challenges that immigrants face.

Sylvie Heyman published her first book: Make it a HABIT! Creating Health and Happiness for your body, Mind, and Spirit at the age of 79 in March 2017. The book was an extension of the author’s experiences in the healthcare field, and covers a span of 50 years as a Registered Nurse, Chiropractor, Acupuncturist, and Health Coach. At the beginning of the “habit” book, the author describes her origins and her reasons for pursuing careers in the healing arts. This led to writing her memoirs about her family’s escape during World War II and how her past molded her life.