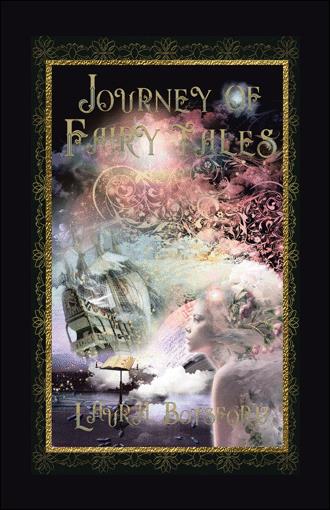 La Spira was ready to take the flight to Namerus, where the wall was thickening its defense of darkest emotions. No longer than an eyelash and sooner than a blink they were off at super-speed towards Constellation Linkalee. Shielded by the crystal bubble that enveloped the ship; Isla looked out into the deep space that lay before them. The Linkalee alignment was already beginning. "There is the wall Kingston, as dense as any beach with millions of grains of sand," Isla said. Kingston took in a breath and exhaled it slowly, preparing for what might become. Isla brushed her hair out of her eyes and swept it into a mound on top of her head fastening it with the tincture stick pendant Elisa had given her in Lootoop so it would be easy to get to if she needed it. The ship reeled deftly ascending into the Milka Galaxy, surging forward in its path around stars and astutely deflecting surrounding fragments of displaced thought forms like dense meteors still seeking a gravitational attraction like them. "Get the book out, and speak from it as I steer," Kingston spoke in a clear voice, focusing on the tattoo on his arm, committing it to memory with his mind in a snapshot. He shut his eyes, to make sure that he could see it fully before him in his mind's eye so that he would be able to navigate even in complete darkness. As Isla spoke the tattoo became animated and illuminated, moving with each word. She began reading, slowly, in a voice that sounded like a stream flowing steadily behind them in a loud and clear voice. "One view from above and below is the entrance; see the wall from up and down both ways to be able to pinpoint the opening. How can this be, it's all rushing by in the same flow as a dust storm?" She closed her eyes as the wall approached ever closer to swallow them in its constant current of hurling negative thought-forms amassing it into one sullen consciousness. "Above and below," Kingston repeated. "Light and dark, joy and sorrow, love and hate, what understands them all? What is strong enough to feel them simultaneously and not go under its force? He closed his eyes for a moment as well, trying to find the center of the wall with his inner vision, deftly sensing the vibrations and sorting through them as they entered its field. Isla laid her hand on his back, tuning into the rhythm of his sight, believing and knowing that a feeling would reveal a way in. But what felt right? Was it their love for their parents, their desire to find the Leaves, returning them to Emeria, or was it surrendering to the path of least resistance? Kingston was slowly becoming engulfed in the sad memory of seeing his parents captured by the Harmies of Namerus. The wall became thicker in the convoluted vibrational search. The Romulator began to whir and hum, pulsating with light and sound as they struggled for the right blend of intentions to dissolve the wall. "It is our feelings that are aligning. Above and below, we are below; caught up in the loss, let us expect to be successful. Let us feel the joy of seeing them again, the peace of home, the abundant love that is always with us," Isla said taking hold of Kingston's hand. He let go of the steering wheel as they stood together, remembering their happiest moments in Emeria.

Journey of Fairy Tales is a Disneyesque- Never Ending Story adventure that sparks the beginning of storytelling on Earth. In the uplifting tale of the Tipleah Tree; the Tree of Leaves that holds all the stories ever to be written until one unimaginative day they are stolen by the foreboding negative Harmies of Namerus and locked behind a swirling wall of dismal thought-forms. Kingston and Isla lost their parents in the invasion as well and set off on a journey to rescue them and the Leaves. They embark on a challenging adventure to the Linkalee Alignment where only through being in tune with their natural laws of attraction, magical gadgets, and a willingness to work together can they rescue the Leaves and bring their parents' home.

Laura is a multi-disciplinary Artist in Residency with the Arkansas Arts Council. She resides in Portland, Arkansas with her husband and cat Oscar. Laura has written 35 books, and plays with and for children for 29 years. Her United Imaginations Workshops provides children with imaginative teamwork.  Laura's joyful and mellifluous approach to teaching theater craft, book publishing and multimedia workshops are infused with a commitment to well being and moral imagination.

"This is a fantastic concept, having children create their own books within a structured program that, nevertheless, permits them to utilize every aspect of their imagination and then experiences the great satisfaction of seeing their creations materialize to be shared by others."   Lois Duncan ~ YA Author

Laura studied at the McPhail School of Performing Arts in the city of Minneapolis, Minnesota, and taught a summer early childhood Arts program at the Minneapolis              Children's Theater, and attended El Camino Junior College in California majoring in Early Childhood Education and Development. She completed Workshops in curriculum enrichment with inspiring activities for autistic, behavioral challenged and hearing-impaired students. She is a graduate of the Governors Leadership School. She is also the President and founder of a non-profit Arts Agency, Neverlands Inc. from 1992 to the current year.