How Animal Reiki Found Me and Other Stories

Tapping into the Extraordinary ... 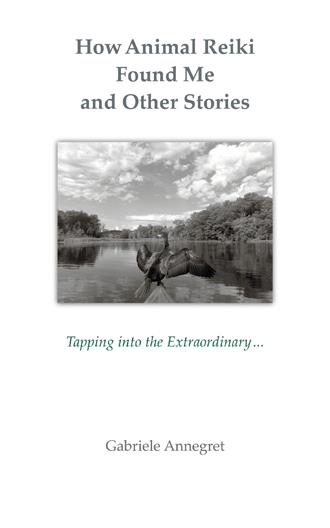 The most magical encounter happened in August of 2015. It was the 5 th of August in the late afternoon. The sky was dotted with white clouds. I was gliding peacefully on Long Pond Lake, and it felt wonderful being in the present moment. I was totally startled when a bird hopped on the bow of my kayak. He was black with orange-yellow skin around the bill, which was quite formidable. I was not sure what to do or think, aside from reaching for my phone and taking a few photos. I took a closer look. What kind of bird was it anyway? What was I going to do? I had no idea! The bird settled in and started to preen his feathers. I didn’t dare to move. What would happen if I did? Would he be disturbed and jump off? I was floating towards the edge of the lake, and I reached for the paddle, first one gentle stroke, then another. I certainly didn’t want to get caught in the gnarly roots of the lotus flowers that grew in big patches near the shore. It seemed like the right thing to do. He gingerly shifted his position as we were gliding along again, and I quickly figured out that he preferred to be in the sunshine as he kept drying his feathers. and majestic. I was so glad I had my phone with me, and took another photo. He stayed with me for about half an hour, enjoying the ride, and then dove into the lake. How wondrous! That evening, I searched the web for pictures, and with the help of my colleagues, found out that he was a juvenile double-crested cormorant. Reading the following confirmed my impression that he liked the sun. “Cormorants often stand in the sun with their wings spread out to dry. They have less preen oil than other birds, so their feathers can get soaked rather than shedding water like a duck’s.” These solid, heavy-boned birds are experts at diving to catch small fish. This one obviously had decided that a good way to dry out his feathers was to be perched on a kayak, since the small floating dock where he normally hung out was taken over by swimmers. The following day, I returned to the lake as early as I could. I was on the lookout, wondering if I would see him. I didn’t have to wait long. Was it him swimming close to me? Yes! He swooped out of the water, yet again hitching a ride with me. I was delighted. Was it a coincidence that he hopped on my kayak once more? I have to admit that from then on I started to look for him every time I went out on the lake. I was wondering if I might see him on another kayak or a canoe, and I was silently hoping that he would join me. For now, I seemed to be the one he picked. I felt honored, and on the following days, he let himself be paddled around once more. A free weekend approached, and a while ago I had gotten a train ticket to New York where I planned to meet up with friends. Would it be the end of our encounters? I left rather reluctantly. When I returned to the lake, the cormorant did as well. I’m not certain if he’d graced the bow of another boat during my absence, but more importantly, he was true to me again! We were getting acquainted with one another, and he seemed more relaxed and casual in his behavior. He appeared to be a Bird Animal Guide, serving as a messenger. Spirit animals have been used symbolically within cultures throughout history and are with us throughout our physical and spiritual life to help us gain insights and self-awareness. “What is the message this cormorant wants to relay to me?” I pondered. Sometimes he stayed for an hour, drying himself and basking in the sun. He showed me how he fished, diving deep. Spirit speaks to us in amazing ways. I took it as a message to dive into the waters of life creatively and to use my skills to achieve a task. The message was delivered promptly. We were gliding over the lake again and I noticed an eagle soaring above us, flying high under the clouds. We both craned our necks to watch him. “In most cases, the appearance of eagle symbolism in your life, means that it is time to reconnect with your spiritual path … and can also be symbolic of a renewed sense of purpose in your life …” I gathered that if I were to encounter an obstacle on my path, I could rise above it, soaring like an eagle and looking at it from a different vantage point. I was supposed to take action and to bring ideas into reality. I intended to honor all the messages I received from the Air Animal Guides. Air, being the most ethereal of elements, means that their messages are good omens; their appearance is like a wink from God. 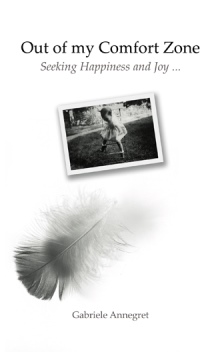 Out of my Comfort Zone
Gabriele Annegret
$8.99

In her book, How Animal Reiki Found Me and Other Stories, Author Gabriele Annegret shares her journey of awakening through encounters of animals as spirits, message carriers, and healers. Her experiences taught her that magic can only happen outside our comfort zone and opened her up to a world unseen before. Through her eyes, we might relearn to see the world full of wonder, with ties between the natural and spiritual realm. It is her wish that these stories enhance the awareness of her readers and that we all may find better ways to Be while revering all forms of life … especially our animals.

Gabriele Annegret teaches Modalities which move Lifeforce Energy through the body to promote well-being and ultimately healing. She has added Animal Reiki to her Toolbox and tells the story how Reiki found her.