124 Days of Hope and Healing 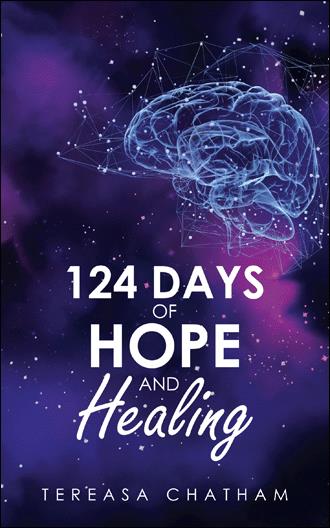 The first forty-eight hours were a blur. We spent every waking hour at the hospital and beside Conrad. While sitting in the waiting room, I decided to write a poem each day for me to read to him; this continued every day. I knew he was in there, and he would hear me on a subconscious level. He just couldn’t respond on a conscious level. I made a genuine effort at every point not to not have negative energy around him or allow him to see me cry. I always redirected anyone from the room who was too upset as I felt Conrad would feel this. The doctors were ruthless in their conversations with me. I often pulled them up or had them take the conversation outside. On more than three occasions I had a doctor actually lean directly over Conrad, with his finger pointed at me and telling me that I had a, “brain-dead husband who would be a vegetable, and Conrad wouldn’t want his young family to have this burden.” And based on this doctor’s medical experience, the right thing to do was turn off the life support machines. I pulled him up often on the way he spoke and the topic of discussion. I told him several times that I wasn’t stupid and could read between the lines and to cease his line of conversation immediately in Conrad’s presence. His reply was often that Conrad needed to hear what he was saying. I disagreed and stopped the conversation whenever I felt he was pushing in a negative direction. Or I would walk out of the room to have him converse with me outside.

Tests on Conrad’s brain and heart were inconclusive, and his response, or lack thereof, was their “fact or logic” to say he was brain-dead. I did not accept this. The first few days, the doctors advised they would be respectful of the family and give us time to grieve and process the loss we were about to experience. But they told me I needed to be aware of the costs and the intensity involved in the staffing to support such a high need, especially one who would not have a favourable outcome at any point.

The first day after Conrad’s cardiac arrest, I sat the kids down to see how they were in all this and to check in. They understood the severity of the situation, but I told them I could not turn off their dad’s life support until I was 100 per cent confident that I had done all I thought possible, no matter how nonlogical or what people might not understand. I would not make a decision until I had exhausted all I thought may be available to give him the tools to fight.

This book is aimed at giving people HOPE, even in the most challenging of circumstances.

Tereasa always felt there was ‘more” and always felt a bit of a loner.
Her thoughts didn’t always sit well with family and friends and they often called her ’Crazy’ as it didn’t always align with what was said to be ‘Normal’. Little did they release these thoughts were what would get her through the toughest time in her life and give her the strength and HOPE to fight the biggest challenge in her life… the fight to keep her husband alive!

With her strong belief in Tantra and the need to remain “Balanced” she knew she had the ability to remain steady in her journey and fight for what she intuitively believed. With an open mind and ability to think outside the square, along with her knowledge in crystals, aromatherapy and the metaphysical, she knew she had the tools despite all challenges thrown at her.

She found her balance in medical and metaphysical and proudly shares her journey of “124 Days of HOPE and Healing!”