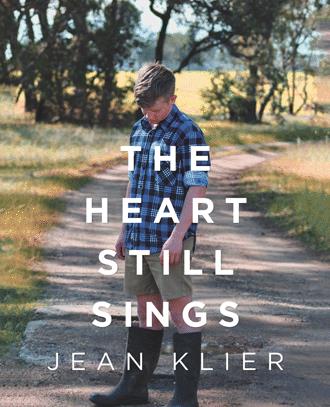 His memory of last night was hazy as he had fallen into bed exhausted. They had left Hanau early in the morning. He was pleased to move on because Hanau reminded him of the camps that he had slept in with Oma and Opa before they settled in Zaugendorf. It had taken all day, a long endless day, clickety-clacketing north through the flat winter landscape. Everything had been covered in snow and trees tried in vain to reach upward and warm their limbs in the thin sunshine that shone now and then. Dieter felt the biting cold through the train window. Inside the carriage was not much warmer but they were well wrapped up in thick snow jackets and trousers. Dieter’s pilot helmet was buttoned under his chin and he wriggled his fingers inside his mittens to keep them warm. Night had closed in around them and still they rattled on, lulled into a sense of peace. At last the train pulled into a siding with a hiss and a sigh. Mutti fussed around the children buttoning jackets and checking that they still had their cards strung around their necks. ‘MV Fairsea’ it said, ‘20 February 1954.’ Underneath was a large K with a blank below. Dieter’s job was to hold a sister on each hand and make sure they did not get lost, while Guenter carried their meager belongings in a battered brown suitcase. Mutti was in charge of proceedings. They had followed her along a boardwalk into a large brightly lit doorway. Dieter did not care where he went as long as he could stretch out on a bed soon and go to sleep. “Go to the table marked K,” she said as the four of them had stopped at ‘G’. Dieter mutely obeyed and presented his card to the officer. ‘Bed 8’ he wrote and ‘Table 2’. With a nod to a waiting man he said, “Follow him.” Dieter stumbled along into a narrow passage. His boots clanged on the sharp metal stairs as they descended below. It must be a large camp, he thought. All of the camps they had been in since leaving Sudetenland were single storeyed but that was a long time ago. They wound down three flights and at last he was shown his bunk with two army blankets folded on the end. Two more bunks rose to the ceiling above him. When Dieter turned the man had gone. He did not bother to take off his boots or jacket, just his hat. Wrapping a blanket around himself he flopped onto the bed, too tired to care where the rest of his family might be. He would find them in the morning. Dieter drifted into an easy sleep in spite of the hubbub and naked lights overhead. As morning crept in Dieter woke with a start. He sat up and bumped his head on the bunk above. Where was he? He scratched his tousled hair and rubbed his eyes. A dull thudding came from below. Another more insistent noise disturbed his ears. Where was it coming from? All around him in the large room men and boys slept, snored, grunted and stirred. Minding his head Dieter stood on the floor, straightened his rumpled clothes, put on his hat and moved quietly out into the passage. At the end he saw a metal stairway leading upward on a sharp angle. Dieter followed, clinging to the rail as he climbed. He was puffed after winding up three flights of stairs and stumbled out into the bright daylight. It shocked him as he realized he was on the deck of a ship. Moving to the rail he scanned the horizon. Ahead he saw the dark outline of an icebreaker clearing a path for them into the North Sea. The air was freezing and his breath hung in a cloud in front of him. The clank and screech of metal he had heard below was an icebreaker cutting its way through solid ice. Reflected light from the ice and snow caused him to squint into the distance. Slowly the sounds on the deck around him trickled into his consciousness. A woman with a scarf tied under her chin wailed loudly as she looked back to Bremen receding behind them. Her husband tried vainly to console her, patting her shoulder with his stubby hand. Dieter felt like crying but there was no one to comfort him. A group of men discussed where they might be going. “I reckon we’re headed for Canada,” said the fat one. “No Franz, more likely South America.” “We’ll know we are bound for Australia if we see the Southern Cross.” “No chance of that for a while!” put in Franz. “Ja, need to cross the Equator first.” Dieter’s heart sank. He had no idea where he was, let alone where he was going. What about Opa? When would he see him again? Would he ever see Rudi again? Oma’s grave was fresh in his mind. He had promised himself he would plant lily of the valley on it this spring. His thoughts weighed him down like a thick, wet overcoat. The smell of diesel wafted from the funnel. A long mournful tone from the icebreaker startled him from his troubled reverie. The Fairsea replied with its ship’s horn as the icebreaker turned and headed back to its haven. Dieter clasped his jacket to his chest and descended the stairs to his bunk room.

Dieter’s life begins in Czechoslovakia in December 1942 during World War 2. It is a time of hardship, uncertainty and danger for the German family who flee their homeland with two year old Dieter when the Russian Army comes in. Dieter’s life is shaped by these circumstances. Sordid memories are etched into his young mind in spite of the loving care of his grandparents, Oma and Opa. Life changes suddenly for Dieter when Oma dies and he must live with his mother from now on. His dreams are shattered as he leaves Germany to start a new life in a country which calls migrants aliens. Remembering the songs from his homeland and the love of his grandparents he dreams how he would like his life to be. Will the trauma and difficulties ever allow him to break free and move forward to make his dreams become reality?

Born in New Zealand Jean Klier trained as a teacher before leaving for Papua New Guinea to teach English in a mission school. There she met and married Dieter. After their daughter was born in Mt Hagen they moved as a family back to New Zealand. Jean studied at Otago University as an adult student, completing a Bachelor of Arts majoring in Education and extra-mural studies in Management. In 2000 Jean and Dieter left for Australia. Jean had a chequered career as a tutor of adult migrants from non-English speaking backgrounds, co-management of a retirement village with her husband and teaching Aged Care and Disability subjects at a Registered Training Organisation. Now Jean lives in Albury, New South Wales where she completed the manuscript for The Heart Still Sings. She plans to write a sequel entitled Quest For Truth – the winding, twisting route to find what happened to Dieter’s father.