THE TRINITY OF PILGRIMAGE 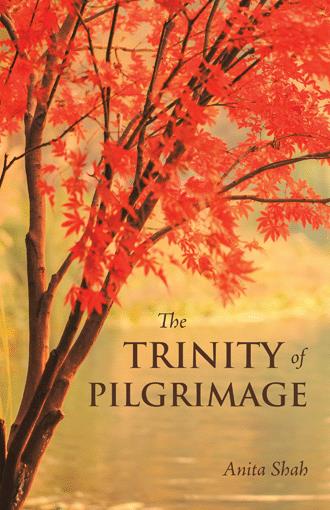 The Trinity of Pilgrimage is a personal narrative about spiritual journeys. A severe impairment rendered me a struggling body in what I perceived to be the battlefield of life. In a desperate search for healing, I felt an intense compulsion to leave everything behind and walk. * * * My first pilgrimage began on a glorious summer’s day in June 2016 in the picturesque market town of St Jean Pied de Port. Couched in the foothills of the Pyrenees in southwest France, this historic capital marked the foot of the pass through the Pyrenees between France and Spain. The pilgrimage I embarked on, El Camino de Santiago de Compostela (The Way of Saint James), is a network of trails across Spain and the rest of Europe. Like tributaries of a river, all these trails flow to Santiago de Compostela, where the remains of the apostle Saint James, the patron saint of Spain, are thought to be buried. The 776-kilometre journey, which took me thirty days to complete, led me through the historic Basque country, the lush hills and valleys of Navarra, the rolling vineyards of La Rioja, the hot wide-open planes of the Meseta, and the cool mountains of Galicia. I slept in a different village each night and carried my belongings on my back. As I walked in tune with the rhythms of nature, interacting with inspirational pilgrims along the way, I pondered important questions: of identity, of the various dimensions of sight, and of inner peace and contentment. The magic of the Way of Saint James reminded me of the values of simplicity, presence, forgiveness, kindness, and surrender. On my last night in Santiago, I was treated to a beautiful and unforgettable ballet in the sky. When I stepped into the pilgrim office on rua Carretas to collect my Compostela (traditional certificate of completion), I knew that my true walking had just begun. A search for healing had morphed into a bigger search for eternal peace, contentment, and union with the divine. * * * Since I was a young girl, I had dreamt of traveling to Tibet on a pilgrimage to see her. At that time, I knew her as Mount Kailash, the stairway to heaven. Shiva, the lord of yoga, sits in eternal meditation atop her peak. Towering over 6,600 metres, she is revered by four religions: Hinduism, Jainism, Buddhism, and Bon (Tibet’s pre-Buddhist, shamanistic religion). I revered her. I personified her. I gave her a gender. She jutted out of the earth: tall, steady, unshakable, a mass of black rock, the centre of a lotus flower, petaled by six Himalayan ranges. Exteriorly weathered by the elements, by the passage of time, she was, at her core, strong, protective, and wise. The perennial beauty of her four faces (ruby, gold, crystal, and lapis lazuli) harmoniously morphed with the seasonal shifts of light. Pilgrims circle the mountain on a circumambulation or revolution (kora) that is fifty-two kilometres long. The kora is made in a clockwise direction by Hindus and Buddhists and in a counter-clockwise direction by Jains and Bönpos. For the Tibetans, the goal of pilgrimage is less to reach a destination than to transcend, through inspired travel, the attachments and habits of inattention that restrict awareness of a larger reality. On this journey, my guide, a former monk, unveiled the rich symbolism and teachings of Tibetan Buddhism. I learnt the tranquil quality of peaceful acceptance, and a dimension of divine sight was bestowed upon me. Humbled by the sacred mountain, my ego was shattered, and I experienced a profound sense of the interconnectedness of creation. * * * My search continued. Rishikesh, set in the foothills of the Himalayas in India and known as the yoga capital of the world, is the starting point of the pilgrimage of the four small abodes (Chota Char Dham). However, I chose to forgo this pilgrimage. I went there on a different kind of search—or rather, to embody a different kind of searching. Great yogis and Vedantic masters speak of the pure, omnipresent light of consciousness that resides in our hearts. They tell us that this is our true nature, and we are simply unaware of it. This is what I wanted to explore—this inner geography of body and mind. It is perhaps the most difficult pilgrimage to undertake. Although I doubted that someone could ever clearly describe to me what the state of eternal bliss or self-realisation was like, I knew that someone could help me further along the path to having that experience myself. I could not have divined a better teacher, who graciously instructed me in the eight-limbed path of yoga. My teacher, a force of nature, personified perseverance. Having overcome unthinkable adversity, her life was a living testament to the power of yoga. In Rishikesh, the wings of disciplined practice and renunciation propelled my flight on the yogic path. * * * In Spain, I had walked to a sacred relic; in Tibet, I had circled a sacred abode; and in India, I had travelled to the tip of a sacred place deep within the core of my being. I did not wish to leave the sanctuary of the Himalayas. I was not ready to venture back out and live once more by the externally dictated rhythms of brutal modern life. On my return home, I understood that a profound transformation at physical, mental, emotional, and spiritual levels had occurred. I had met a unique cast of characters, whose collective insightfulness and humour deeply touched and radically changed me. I had learnt invaluable ways of being in and looking at the external, and more importantly the internal, world. Another wonderful journey had ended, but a new one was beginning—one with no definite endpoint, with no guides or maps, with no pilgrims, monks, and teachers. It was a journey on the pilgrimage of life to a place where only I could teach myself to go.

The Trinity of Pilgrimage is a beautiful portrayal of three extraordinary journeys through Spain, Tibet and India. In this compact, spiritual memoir a global nomad, burdened with a severe impairment, feels an intense compulsion to leave everything behind and walk. As she walks, a search for healing, morphs into a bigger search for inner peace and contentment. Along the way, she meets a unique cast of characters whose collective insightfulness and humour deeply touch and radically change her. By the end of her pilgrimages, she—as well as the reader—learn invaluable ways of looking at the external, and more importantly, the internal world.

Anita Shah is of Indian origin, born and raised in Kenya. She has had a career in international development and worked with the United Nations, non-government organisations, and national governments. Currently, she is attending the prestigious London School of Hygiene and Tropical Medicine. This is her first book.