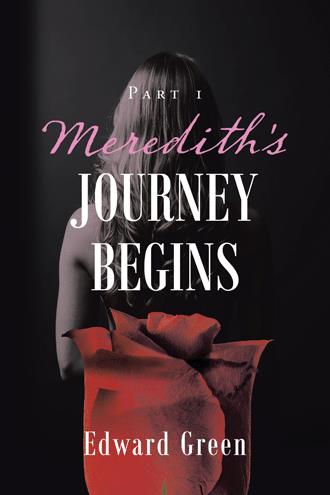 Everyone people watches, Meredith has long been certain of that. She’s played at it herself ever since she and Jess were first old enough to go to the mall together and sit, nursing cappuccinos in a coffee shop window. How could anyone resist the eternal human fascination with other people? Meredith does it to this day; it’s such a great way to enjoy the thrill of new people, their secrets, the sense of them and the way they move. She imagines their stories, what has lead them to be in this precise moment in time, sharing it with her, though she, like other people watchers, hopes they are unaware they have been plucked from obscurity and cast in a role. It makes her feel powerful and filled with knowledge, and does so without challenging her own shyness or insecurity. The game is best enjoyed while sitting with a friend or few, during a lull in conversation one allows ones eye to wander, picking out the strange, the new, the out of place, even, if one’s luck is in, the beautiful... He’s just there, she hadn’t seen the group of smartly dressed men enter while she had been drinking and laughing with the crowd from work, but they certainly hadn’t been there when she arrived. She looks up and in that moment, he turns and meets her gaze. She finds herself looking into a face studying her from the other side of the bar and senses that the owner of that face sees more than people often intend. The man’s eyes are glittering and she feels suddenly drawn toward the grey-suited stranger in the midst of this new group, the corner of his mouth turns briefly upwards, and she thinks, or imagines she sees him nod almost imperceptibly in her direction before he returns to his conversation. As time passes and drink flows her eyes seek him out ever more frequently, she senses his attention on her from time to time too, and fancies he is undressing her with those eyes as sure as a craftsman’s hands. In her mind his people watching has no shyness or insecurity at its centre, and with this thought she blushes inwardly (gods! She hopes it’s only inwardly). The drink after work rolls into late evening as she has chats and flirts in her little group (none of whom she is even remotely romantically interested in, and so among whom she feels totally comfortable). She laughs at an anecdote about a crass former colleague, and then nods along to hopes of better bonuses this year as they try to drive the blues of the grey January evening away in the warm glow of her safe space. Between each passage of conversation, she finds her attention drawn back to him. The corners of his eyes have a slight down tilt that makes her think of sadness, but light up as he smiles, laughs or speaks, and (if tonight is anything to go by) that oddly stern face is well used to both laughter and smiling. When she steps out for a smoke, her thoughts are of him though she fixes her eyes anywhere else, as she walks with all the grace she and several glasses of Malbec can muster in the hope that her movement pleases him. Stopping to gather drinks on her return, she tries to make eye contact, but is unable to see him from her gap at the bar, she manages to get served in and returns with her laden tray. A glass later she see him go to the bar and she makes a beeline for the ladies room to pass close to him. Her valour, though reinforced by the wine, is still not great enough to make her introduce herself, but he and the fates, reward the bravery she does show. He half turns and with a fluid motion of his arm hands her his card discretely with a half smile, murmuring, “call me” in a voice deep enough to echo in her bones as he does so. The unexpected rumble of a voice makes her flush like a child, and this time Meredith knows that her response is external as well as internal. She lowers her face and hurries on, but not before taking in the unusual blue-green colouring of his eyes.

Meredith Webb has built herself a pleasant, though unchallenging life, with a decent job she doesn't strive too hard at. Oh, and she has two cats she loves very much. There doesn't seem to be anything missing until...

William Farrow on the other hand, knows there's something missing from his.

"A richly crafted journey into passion"

"Stylish, smart and captivating! Sprinkled with moments of spine tingling awkwardness and evocativeness. Edward writes about desire and sexual psychology as if he is in women's minds! Captivating!"