GOD, Lucifer, and Me.

How Lucifer tried to seduce me but then I met GOD 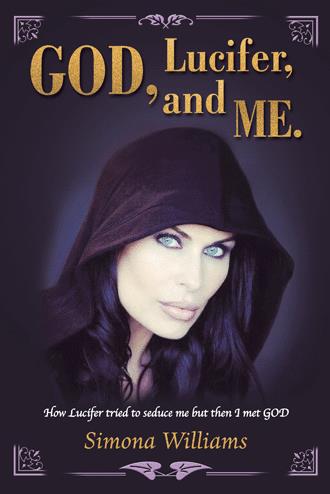 Lucifer It is difficult for me to recall the precise day when all this started, and my life was changed forever, when everything I knew as normal, was challenged from all angles, but I remember it was when I was fourteen and living in Denmark, and Lucifer paid me a visit. I was in the middle stage, which I described earlier in this book, but there is no harm repeating the description here. The best way to understand is to imagine the specific moment, just before you wake up, when you’re not fully asleep, but not quite awake. This is the moment I refer to as “the middle stage.” There are many phenomenon which all take place in the “middle stage,” such as “out of body” experiences, or when you have a really vivid dream and you can’t shake it off. At other times, you may have felt you weren’t alone in the room, even when you knew no one was there, or felt something holding you down. My first experience started in “the middle stage,” and it would always be the same way in many subsequent visits. On this occasion, I felt a presence lifting the duvet. I could feel the cold air enter as it was lifted. Then I would feel a more human presence as a body crawled under the duvet, right next to me. For a short period of time, I wasn’t able to open my eyes and look at him, because I knew it was a “him.” I learned by using nothing but my will power, to force my eyes open to look at the presence. There he was, a masculine, overly handsome, dark haired man, staring directly into my eyes. I was absolutely captivated by this image. The scenario continued to happen over and over again, over a period of years. The initial experience wasn’t at all frightening for me; I was more curious about the strange but very handsome presence. He didn’t touch me, just looked at me. But eventually, when I realized who, or what he really was, I became aware that what he really wanted was my soul. He wanted me to love him, and only him, which would mean having to surrender my soul, which I could never do. My soul belongs to God, and always will. Maybe that’s why Lucifer found me so desirable, or should I say, my soul so desirable. To this day, he has not given up, although his appearances have become less and less frequent. I guess I was allowed to have these experiences to teach me just how devious, clever, and insidiously evil Lucifer can be, and he never gives up. As long as we have choices, he will insist we use them. It’s part of the battle for souls.

What if you met Lucifer and through his relentless seduction, almost surrendered your soul? What if you met God and he saved you from making that fatal mistake? What if God made you his messenger and gave you access to countless other dimensions and universes so you could witness all of his magnificent creation? What if you were allowed to see, and make contact with God's glorious angels? I have had all of these incredible experiences, and more, over a period of twenty years. I finally was told by God to reveal all that I had witnessed.

Simona Williams grew up in Denmark and graduated law school with a juris doctorate. She speaks 5 languages and followed her dream by moving to LA to pursue her acting career. She has currently been in 18 feature films and is still working on future movies.