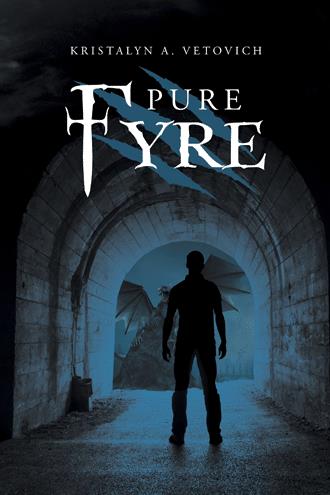 No one else around town seemed bothered by the mysterious absence of their family members, however. Gaernod was an every-man-for-himself kind of kingdom, but Spyre would have thought the people would still care about the missing hands not being around to carry their weight. Timepieces kept nothing but silence without the cooperation of every cog and spring, and while Gaernod had never been a well-oiled machine, with so many people absent from their jobs and homes, the kingdom was a few screws short of a pillory. Yet, Afor kept control over the people of Gaernod by threatening their livelihoods and keeping it in their best interests to do his will. Still, it was a living for those involved. Survival, even at a hefty cost, was better than the alternative. But that’s just stupid, Spyre thought for the first time. The words in his mind surprised him, not openly, but mildly. It had never occurred to him that the ways of Gaernod were in any dire need of questioning, but now that it had, he felt strongly about the subject. No one person should have so much influence over an entire kingdom. At least no one person like Afor. Gaernod was filthy and failing, and a great deal of the blame belonged to its king. As Spyre’s boots sank into the street of miscellaneous substances including but not limited to various wastes from the shops and… other things that everyone contributed to but no one saw fit to clean up, Spyre attempted something that no one in Gaernod did if they could avoid it: he made experimental eye contact with another person, a shopkeeper. The man caught Spyre’s glance and quickly shifted his own as was customary, but when his eyes shifted back to get a better look at what should have been Spyre’s profile, his defenses engaged. He stepped in front of his goods and glared, his hand slowly moving to the belt around his thigh that made no attempt to conceal a rather pointed dagger. “What are you looking at, blue eyes?” the man snarled. On second thought… Spyre gave a hasty, crooked smile followed by a curt nod before picking up his pace and hurrying on, despite the difficulty of pulling his boots out of the grime with each step. Once he was a safe distance away, Spyre turned to see the grumbling man return to his cart and count his goods. He realized there were two things he couldn’t understand: why the people of Gaernod continued to live their lives in bitter selfishness… and why he had never noticed or even bothered to care about it before. He sighed as he finally approached his home on the farthest hill of Gaernod, near the forest of Tweogan, and entered through the split-jam door, nailed together at his brother’s insistence. He threw his bag from his shoulder onto a table strewn with pieces of wood that would eventually become anything requested of him. Woodwork was an uncommon trade in Gaernod; the preferred material was metal. It was sharper, shinier, more lethal. But there was the odd request for a handle repair, or a table, or chair. Spyre even made a set of kitchenware once. He took any orders he could get to pull his weight and contribute to the household, designing contraptions to make everyday chores simpler. He’d created things like a chain reaction machine that set the table and a pressure switch that shot a pellet from a slingshot into a precarious block of wood, knocking it onto an air pump to stoke the fire, which was lit by a combustible pebble of his own design, set to explode a few seconds after a rough impact, like tossing it into the woodpile. All this while he continued his work across the room, never leaving his chair. He would eventually have to reset the wooden block, but the system worked well enough. Though, he hoped none of it broke anytime soon. He had misplaced most of his plans for the devices several weeks ago. He was a bit scatterbrained that way. Not that it often mattered. What he created in his spare time never really amounted to much in the appreciation of his kingdom. In fact, he thought, it isn’t enough. He glanced out the window and noticed for the first time how very inviting the city gate to Tweogan seemed. He looked back around his meager home and then again to the portal to freedom. His foot slid beneath him toward the door. No, that would be stupid. He caught himself, sitting down at his workbench. The elves would sooner tear me apart than feed their families, and I can’t even fathom what the trolls would do if I managed to reach the Aforthians. Spyre rested his chin in his palm, but it wasn’t long before his head turned toward the door again. His fingers drummed against his jaw. He could feel the tugging in his chest. He knew he would end up leaving. His mind had already made itself up without his consent. Only thirty minutes had gone by since the first rogue thought on the street and suddenly Spyre couldn’t imagine spending another day in Gaernod. Ryne could easily manage without him. He wouldn’t even mourn the loss of his brother, probably wouldn’t bother questioning it, just like the rest of the people in the kingdom. That left one problem. Outside Gaernod there was only one other place where humans lived. Crossing all the settlements of creatures, who would not be happy to see a human of Gaernod, would leave Spyre in even more trouble once he finally reached the kingdom of crystals. They would not accept him in Gelyfed. Spyre had no special abilities, no background with them. He was, in fact, their enemy, and journeying to live in Gelyfed would be the most treasonous act imaginable. If Afor ever found out… Somehow, though, it seemed worth the risk.

The land of Condel is blessed, and Gaernod is not. Eofyn is king, and Spyre most certainly isn’t. When Spyre’s king threatens Eofyn’s kingdom and the source of its people’s power, Spyre sets out on a journey to save the Blessed Kingdom, not because he wants to, but because the other creatures of Curnen have threatened to kill him if he doesn't. It’s a long road ahead to save a kingdom he’s sure will hate him, and he’ll have to brave the many realms of Curnen to reach Condel and, regrettably, beyond to do it. The Fyre is going out, and the crystals are fading. The dragons are coming, and the king has fled. Only one thing is certain: Spyre did not sign up for this.

KristaLyn is a certified holistic practitioner, author, and intuitive coach who helps people attract the lives they want to live with the one thing they can’t control: divine timing. For her thirteenth birthday, KristaLyn’s mother took her on the first of many mission trips, showing her how a single person can make a large impact on the world, one fellow human being at a time. Thanks to this, KristaLyn has spent more than a decade serving others through coaching and holistic therapies. She is certified in life, spiritual, and health coaching and follows various holistic modalities including reiki (master/teacher), crystal healing, advanced integrated energy therapy, and advanced ThetaHealing, with additional certifications in Hellenistic astrology and chirology. After graduating from Susquehanna University with a BA in English, KristaLyn wrote several books with motivational themes of being your own hero and serving the world through your unique talents and gifts, which she knows everyone was born with. A paragon of the millennial generation, KristaLyn entertained a variety of jobs, ranging from amusement park showgirl, coordinator of the Group Mission Trip Week of Hope Program, and cast member at Disney World, as she pursued her dreams of sharing her message with the world. KristaLyn lives in a treehouse in Elysburg, Pennsylvania, with her husband and corgi, Jack, and cooperates with her family to help revitalize the coal region of Pennsylvania to a new, sustainable glory. Website: www.KristaLynAVetovich.com Email: info@KristaLynAVetovich.com Social Media Handle: @AuthorKristaLyn