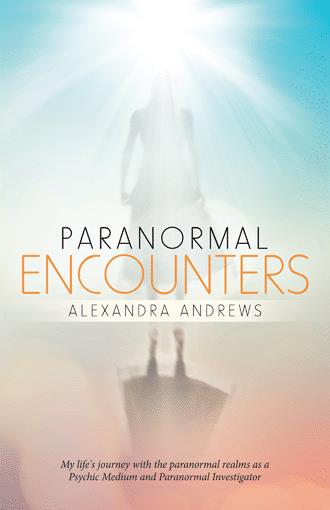 1989 was to be a memorable year for Selina and her husband. Together, they purchased an old eighteenth century house built with a view to restoring the property and turning it into a nursery. A dream come true for them. Eventually, after their renovations were completed, they moved into the building in 1990. From that day forward all their lives would be turned into a daily and nightly nightmare of which some of them would never return. Selina initially contacted me requesting my help and explaining to me that she was at her wits end with the strange events that had taken place over a period of some eighteen years in the nursery. She and her family had previously requested a sitting with me and had contacted me asking for further help. You can imagine over the eighteen years that they owned the building and operated their nursery business from these premises that there was a long list of paranormal events. The events started immediately upon moving in to the building and were witnessed by nearly all her employees who were mostly her family members. Terrible odours were smelt in many areas of the building spread over its three floors that could not be explained or accounted for, alarms going off for no reason, the cleaner saw a man on the stairs who came from nowhere and then disappeared. Her experience of this apparition left her so scared that she flew out of the Nursery and waited for Selina to arrive outside. The cleaner advised Selina what she had seen telling her story of an awful looking man on the stairs who was ugly, gross and terrifying. Ultimately, she refused to return to do her job leaving Selina with no cleaner. The cook approached Selina and spoke with her regarding one of the knives from the knife block in the kitchen which had mysteriously disappeared. This situation was extremely worrying to the cook and to Selina. A search was mounted and it was later found by one of the nursery staff in another area of the nursery where the cook never ever went. Not an event you need when you are managing a children’s nursery. Each and every paranormal event left the staff more and more frightened of their workplace. Selina was having to deal with these events whilst keeping a lid on the whole scenario at the nursery. Events were strange and were most definitely not right. She continued with the management of the nursery as this was their livelihood. On many occasions over the years all the large toys, which were kept upstairs in boxes, were found to have been moved during the night and were placed all over the room. Somewhat distressing to the staff to find this when they required the use of the larger toys for the children. Fear was spreading amongst the staff and was beginning to affect the majority of the nursery staff now and it was becoming more difficult and stressful for Selina to operate her business.

Paranormal Encounters details the author’s experiences with the paranormal realms working and speaking to those we have loved that have passed into the light and fighting with entities and demons from the dark.

Alexandra Andrews is not only a Psychic Medium but a Paranormal Investigator who repatriates lost souls, entities and demons back to their rightful place in the spirit realms. She possesses sixty one years experience of the paranormal of which forty six years has been spent working with her spirit guides and loved ones. Alexandra unravels her life and development into the paranormal world as a Medium and Paranormal Investigator in great detail with regard to her encounters with spirits from the light and entities from the dark.