Turn your Telescope Around

You Can Heal Yourself 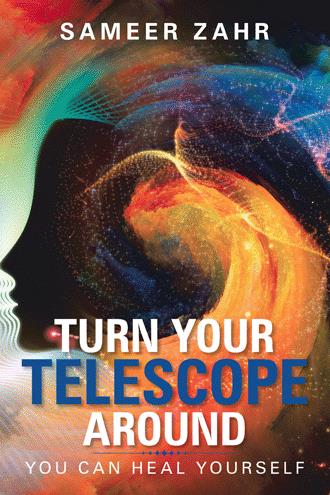 That remark infuriated Janet. With a depressed, low voice, he recalled her saying: "Jim, I don't believe what I just heard, you can't be serious! What in God's name prompts you to say that? I've been proud of you and your success since we got married. I’ve appreciated your hard work and you providing us a better life. Your success is not the reason behind the tension brewing between us. It's all the late nights and increasing travels. Above all, it is the change in your attitude. In the name of truth, please tell me what is going on?" "Nothing! I am just too busy." Jim replied with a malicious tone. "Come on, Jim! I know you… Please give me a better answer! Did you stop loving me? Are you bored with me and the children? If so, tell me, and I'll do my best to change and make you happy, because I love you, you idiot!" "I don't know! Perhaps I'm going through a soul-searching period in my life - to get rid of some old demons." "Okay! That's a start… can you elaborate on what demons are creeping into your mind? Perhaps I can help!" "Listen, Janet, you know the story about my impoverished and sad upbringing, and about how humble and naïve I used to be before we met in graduate school. Perhaps the success I’ve been working towards for so long is now inviting me to explore new avenues of life.” "What new avenues? A younger woman? A bigger house? A better wardrobe or a fast sports car? Or a better romance… what? Say it!" Janet hissed in a stage whisper, so as not to wake the children. "I told you, Janet, I need time to work things out, don't push me, please, be patient." Janet was dumbfounded by his refusal to elaborate. She remained silent for a while, then said: "Fine, but don't take forever to spit it out. I'm suffering now. Please be mindful and remember the love that brought us together, the songs we used to sing, and the dances we used to have. Remember the wonderful children we're blessed with, and this beautiful home we live in. I hope you'll be able to let me know very soon, as I cannot guarantee I have enough strength to cope with this haunted and scary situation for too long." The ghost of silence invaded the room and chilled the air. The petals of the flowers in the vase bent down from fear. A blazing inferno, lit by a howling madman, would not have been enough to warm their hearts. Such a frozen atmosphere became a first in their history, and the fear of impending separation spread like the shadow of a terrifying winged beast across the walls. They were both holding tight to racing thoughts, like prisoners holding tight to the iron bars of their cells. Jim sat in his armchair, fixated with an aimless gaze at the ceiling. Janet sat across on the sofa that felt like a seat of thorns. She looked at him with sad and tearful eyes, manifesting her agony with tears cascading down her cheeks. Jim remained frozen in his seat, lifeless, like a statue of stone, tightly holding his hands in his lap and staring aimlessly at the ceiling. His cold poker face showed no affection toward his agonized wife, not even to sit close to her to console her with a loving hug. The dense air in the room was too heavy to breathe and Janet could not tolerate sitting there any longer. It was past midnight, and she stood up and went to her bedroom. Jim continued to swim in an ocean of despair, his heels nipped by the unseen but nonetheless diabolic barracudas of dread. He neither moved nor uttered a single word, even to himself. He stayed alone, digging deep into his archaic and troubled thoughts for another hour, moving from one dark chamber of his mind to another. He then stood and helped himself to a whiskey sour, hoping to take the edge off before stretching out on the sofa to try and get some sleep. 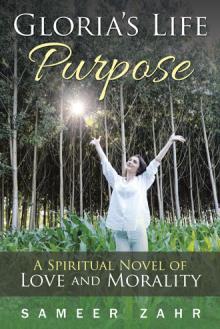 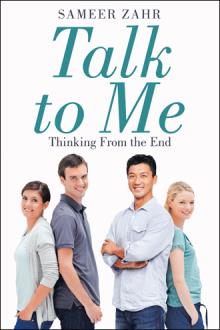 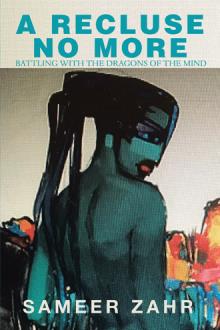 A successful businesman encounters emotional struggles inflated by his egotistical assumptions that he became invincible thus the desire to experiment with life escapades outside the family. His worldly attempts led him to suffer from guilt and loneliness which eventually led him to enlightenment and dedication to help others achieve spiritual awakening.

Readers expressed an interest in writing self-help books yet written in a story line. Thus this is a hybrid of spritiual tachings embedded in a story close to reality of life events.