The Status of Xavier Jefferson 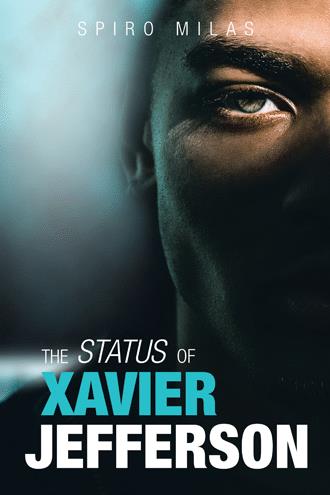 Ms. Thompson asked, “We’ve never met, have we?” "The charming Xavier Jefferson at your service." "Well, Mr. Xavier Jefferson, I've never seen you around--you're the football player right?" "And future Othello," Xavier replied as he lifted his famous eyebrow while staring at Louis as some of the students giggled. "Well what do you know about Shakespeare?" "I know that Othello is a bad***black man and Louis is white," Xavier replied as the students now erupted in laughter. "You seem to have the charisma, but it takes serious studying too and a real commitment. Have you memorized any lines?" "No." "I'm afraid this wouldn't be a responsible decision to allow you to read from a script when Louis has the play memorized. I'm sorry to turn away someone who was expecting an audition." Xavier shrugged, looked at Marcy with a sad look and then he looked at Ms. Thompson as he said, "The fault is mine, 'Expectation is the root of all heartache.'" "Who said that?" Ms. Thompson asked. Xavier paused, smiled, and then said, "William Shakespeare," as the class awkwardly laughed. He then asked, "Would it be fair for you to be in charge of this play when you don't know one of Shakespeare's most famous quotes?" Ms. Thompson had a look on her face which looked like a quarter insulted, a quarter impressed with the lad, a quarter shocked, and a quarter intrigued. As her emotions were fighting for the leading role of her upcoming decision she said, "Study your lines and in two weeks you can audition against Louis." Xavier didn’t have a problem being Othello any longer; he sometimes had a problem being Xavier he thought. He lived, slept, and acted the role he was about to play. He felt there was a force bigger than himself calling him into the role. He knew that he wasn’t an amazing actor, but he also knew he can give an amazing performance. He thought back to some of the greatest boxing upsets and thought, “Some of these fighters were mediocre, but they were great for a night and I will be too.” The play up until the ending was amazing, Characters so young captivating the audience, Was a rare thing. They made them forget. About life for a short time, No fear of death or bills, Just the joy and thrills, Of a play which has passed the test of time. And the one who gave his all, Would soon face life’s final curtain call. Lover of all: the jocks, jerks, and geeks, But that would all be gone soon, He would be dead by the end of the night.

Xavier Jefferson was the charismatic vice prince of North Lincoln High School. His life was taken by two of his classmates shortly before graduation in an apparent “accident.” His two classmates weren’t even suspected of the crime. Will karma complete what the gavel doesn’t? It depends who you ask.