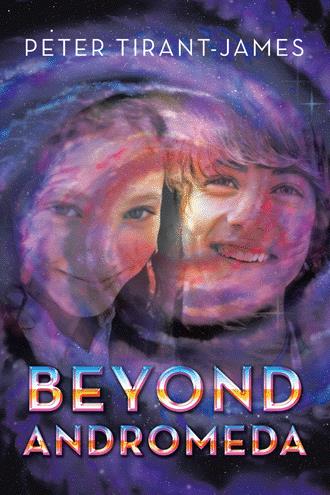 Jordan felt a cold chill run up his spine, how could we be so blind, how is it that we haven’t seen the signs? He gradually began to realise that at least part of his life’s mission had to do with challenging the ever-increasing problem of pollution. His face became grave and his whole manner took on a much more sombre stance. His mind began working overtime on how he might begin to challenge the vast waste that so many of the developed countries had embarked upon which continued to threaten the health of the planet’ yet he was aware enough that simply stopping all production would have catastrophic results for everyone, jobs would go families would be destroyed in the wake of unemployment. What about the civil unrest’ his mind was racing and then he noticed Melissa whose face just shone in the light of the craft. She stood there silently, and he noticed the tears just streaming down her ashen face. Could she be upset about what impacted upon Jordan. It was as though she was transfixed her eyes focused on earth never flinching for a moment but processing this incredible grief and still the tears flowed ever so gently and consistently. Finally, Jordan had to know what was so sad for his sister. “What are you seeing?” he questioned insistently. She looked at him for the first time since they were in space and began describing just what she was seeing. “Jordan, I see this intense energy all over the earth and in places it is just so dark that the people who are surrounded by it are losing their way.” She paused for a moment and then made a profound statement declaring that humanity was in the grip of a dreadful cancer epidemic. Jordan looked at her thinking immediately that she was talking about a huge medical catastrophe. Jordan continued looking at her intently, “How can you be so sure, what medical training have you had which allows you to reach that conclusion?” He questioned further. Melissa fixed her gaze upon him and just said. “We are all human aren’t we and really belong together needing to support each other and help each other to reach our true potential and develop our giftedness.” She continued, “Yet here we are plotting to control to kill and to exploit, is that not what cancer is when one organism turns on anther and seeks to destroy it!” Jordan was stunned by both the simplicity and the eloquence of her comment, and he nodded in agreement, he had never looked at it like that before. He then had to ask, “How is it that you can see that from all the way up here?” Melissa thought for a moment and then replied “I’m not really sure but it is as though I can see this concentration of energy around certain people all over the planet and I have only become aware of it since coming to outer space. This energy feels destructive and it is characterised by fear, revenge and hate”. At that moment her talking was interrupted by their hosts. They both heard the remarks that yes this would be part of their work and that there was much to learn and to research and other contacts to be made. Suddenly they looked at their watches and realised they had been gone some time and needed to be home, and before they could express their thoughts they transported to their smaller craft, strapped back into their seats and gliding effortlessly to their special part of the woods.

Jordan wakes one night feeling called to venture outside. His little sister Melissa feels the same. Once there, they are faced with an incredible sight: a spacecraft from the star system Andromeda—a planet so far away, it isn’t visible from Earth. They communicate telepathically with an alien being, and everything changes. For Melissa and Jordan their awareness is piqued, especially when they are taken on a journey into space. Jordan realises that his purpose in life is to challenge the Earth’s ever-increasing problem of pollution and its impact. Whereas Melissa’s purpose is using her gifts to nurture humanity and to prevent its pattern of self-destruction. Together the siblings hope to prevent the waste and build stronger communities in order to save the planet. There are definite roadblocks, like the powerful authorities that exercise control in their community. However, over the course of their struggles, this brother and sister develop strength and learn to support each other while doing the same for the planet.

Peter Tirant-James emigrated with his family from the United Kingdom in 1952. He completed some of his education in Western Australia, where he spent most of his teenage years. He has been an ordained minister and a secondary school teacher and principal and spent over twenty-five years as a marriage and family counselor.