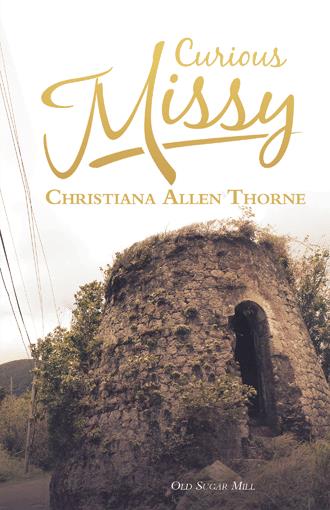 Where in the world is Montserrat? Would you like to know? If you have answered yes to both questions, then you are ready and just in time for a new Caribbean adventure with Curious Missy as your island guide. Brace yourself for a tropical roller coster ride up, down, and around this tiny, “Emerald Isle of the West,” as it is sometimes called, and explore through Missy’s eyes, the nooks and crannies of Missy’s village and the surrounding neighborhoods, from trips up dense, volcanic mountain sides to her mother’s Cotton Ground, to quick-paced jaunts across rolling grasslands and narrow, treacherous ghauts to witness a supernatural lifting. Curious Missy sees everything, wants to know everything, and questions everything. Your ten-year-old guide is also her neighborhood’s self-appointed sleuth. Her brain is as nimble as her feet. Missy is relentless in her quest for understanding the whys and wherefores of any given phenomenon or conundrum. She just has to know what caused her clasmate, De-De’s death, and why does tania itch. And to top all that off, as the villagers would say, Missy finds herself all wrapped up in unravelig of the bawling, nocturnal ghost terrorizing her sleeping neighborhood and in the mystery of Montserrt kissing cousins. So now that your heart beat is racing and your curiousity is soaring, let’s join Curious Missy as she wanders around and wonders about her island home, Montserrat. Let’s listen to a conversation between cousin Pearl and Missy around sun-set as darkness creeps in: “Cousin Pearl came by carrying a bowl of rice and stewed salted fish with a small pepper stuck in the center of it. I wanted to know the significance of the pepper in the middle of the bowl. … I am going to carry my grandmother’s food to her before it gets too dark,” she said. “Strange things have been going on around here at night!” “What do you mean?” I inquired as I moved closer to the door where she stood. “Come with me part way,” Pearl begged. “It’s getting dark too fast!” I looked around to ask Rod to walk with us but he had vanshed from sight. I suspected he went to spend the night with my aunt a half mile away, as Mom had arranged because she was afraid to remain home alone at night. As Pearl and I Walked, we spoke about what went on at school during the last few days. I ended up going with her all the way to her grandmother’s house. She delivered the meal to her grandmother and told her, “I’ll be back soon, I’m walking back half-way with Missy. She’s more scared of the dark than me.” “All right Missy, you go straight home. And you Pearl, hurry and come back. You two young ladies shouldn’t be walking alone on the streets after dark,” Grandma said. “Only God knows what could happen.” “I’m just walkig back with her part way,” Pearl responded. I took the opportunity to ask Pearl what was the significance of the pepper that was stuck in the middle of her grandmother’s meal. “Why did your Mom put the pepper in the middle of the food?” I asked. “It’s to keep away the spirits,” she said. “What spirits?” I asked. “Like the one bawling around the village at night,” she said. “I didn’t hear anything about a spirit, I heard about a ghost mourning,” I replied. “Same thing!” she retorted. “Did anyone ever see the ghost or spirit?” I asked. “I’ve never seen him but I’ve heard him. Some of my friends said they heard him a couple nights ago, too,” she said. “Pearl, are you sure it wasn’t the whistling sound of the wind blowing through the tree branches?” I asked. “I’m positive. Some of the people who heard it don’t have trees around their houses,” she said, then placed her hand on her forehead as if she was in deep thought. “Go ahead, what were you thinkig?” I encouraged. “When you hear of a ghost, what comes to mind?” she asked. “You’re not thinking abut De-De? Are you?” I asked. Who was it? Was it De-De, or was it the whistling wind?

In this book of ten short stories, a ten-year-old girl, Missy, wonders and wanders around her village—observing what’s going on, listening to gossips and rumors, and challenging conventional wisdom. Take a peek!

Christiana Allen Thorne was born and raised in Montserrat, West Indies. She migrated to the USA in 1970 and eventually earned a Bachelor of Arts from Boston State College, Master of Education from Boston College and a Doctor of Education from Boston University. She served children in the Boston Public Schools as a teacher and guidance counselor for approximately 35 years. For over four decades she volunteered her service to improve the academic, social and spiritual needs of young people in her community in her role as founding member and coordinator of the academic program at Montserrat Aspirers, Inc. and Director of Education at Beulah Pilgrim Holiness church. For the last five years, she continues to volunteer her services as teacher, mentor, and spiritual leader in her church community.