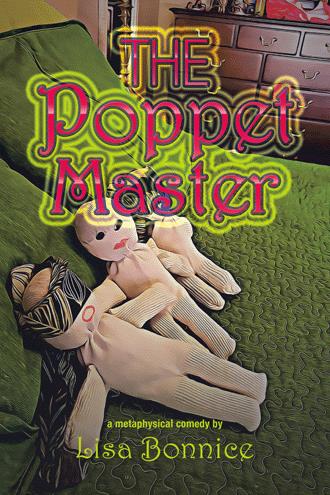 SNIPPETS FROM CHAPTER 1 I haven’t kept a diary for over twenty years, since I was a teenager, but I think it might be a good idea to start typing a journal before I lose track of everything that has happened. The story is getting too complicated to keep up with. I type about a hundred words a minute (one of the few advantages of working as a secretary — excuse me — executive assistant), so it’ll be a lot faster than scrawling this out by hand, in a notebook. Besides, I can’t read my own writing half the time, because my hand can’t keep up with my thoughts. And, even though my memory can be very sharp (I can summon up the most picayune details of events I’ll never need to recall), I can also forget the important details quickly. So, it would be wise for me to log this stuff as it’s happening. So, that’s why I’ve created you, a Microsoft Word document, to be my virtual BFF and confidant, to listen as I ramble and rant, and to help me keep track of this strange tale. Therefore, here I sit at my keyboard in my second-floor home office, with a bird’s eye view of Melinda’s house. Actually, my “office” is just an unused third bedroom where we stuff all the things we can’t put elsewhere. In addition to a desk for my laptop, it holds my grandmother’s antique rocking chair, some bookshelves, a small filing cabinet filled with old tax returns and an ancient wrought iron stand that holds an obsolete TV that I never use and my husband refuses to get rid of. These psychic events — the reasons I’m even sitting here writing — have been going on for a couple weeks. I had hoped they would stop, but they’re just getting stranger and scarier. It occurs to me that it might also be a good idea to keep a journal so they have something to read when they lock me up. They’ll be able to track the downward spiral of one Lola Garnett. … I was sincerely wishing to God, as I drifted off, that there was more meaning to life than being so deeply grateful for a quick, precious nap on a Saturday afternoon. What I remember first about the dream, itself, was the singing. Not singing, actually, more like a long, melodious “Ahhhhhh.” I wouldn’t quite describe it as an angelic chorus, because that’s not exactly what it was. It was an exquisite tone that I slowly became aware of, and it did make me think of angels singing, even though I never actually saw any angels. I don’t know how else to describe it, though. It literally gave me goose bumps. It was so beautiful! I’d never heard anything like it before, but I also recognized it immediately. Does that make sense? I still haven’t puzzled that one out, but it is what it is — this serene, alien-yet-familiar, singing tone. And then I saw this sort of cloud-like thing (could I be more vague? but how do you describe the indescribable?). It wasn’t really a cloud. It was more of a vaporous form that kept changing shapes, with the most incredible colors! You know how sometimes, when you blow bubbles, one of them catches the light and you get a mini laser show in its iridescence? It was kind of like that, shimmery and colorful, and … happy. Yes, it was a happy cloud and, yes, I know how crazy that sounds. I told you I was questioning my sanity, didn’t I? The shimmering not-a-cloud pulsed and throbbed along with the angel tone. It was the greatest dream I’d ever had and I hoped that I wouldn’t wake up just yet. I wanted more of this. It was the closest thing to great sex that I’d experienced in a long time, but it wasn’t like dirty sex: it was like those fleeting moments that happen once in a blue moon, the kind of sex that feels like you’ve touched God. I know that sounds wrong — God and sex do not go together. I know that. But, since it’s just me and my diary here, I have to admit that once in a while I do feel like I’m communicating with God during sex. And then I remember that sex is supposed to be sinful and all that, and He immediately leaves. Anyway, enough blasphemy. The cloud seemed like it was getting closer to me, reaching for me as I reached back. It wanted me as much as I wanted it. We touched … hands? Does a cloud have hands? This one seemed to, because it reached out and when it touched my hands I was instantly filled with a brilliance that took my breath away. I gasped and sat, bolt upright, on the couch and saw Amanda, startled, asking me, “Mom, are you okay?” And that’s when I turned my head and saw — out the living room window — my across-the-street neighbor Melinda chasing that skinny hippie chick out her front door and down the street.

Lola Garnett is a middle-aged wife, secretary, and mom living a humdrum existence. One fateful day, she helps her daughter with a homework assignment about Gandhi, and Lola wishes for a more meaningful life. Well, careful what you wish for.

While napping later, Lola drops into a dream state at the exact time her neighbor Melinda—who some would call a "bad witch"—is casting a revenge spell on her boyfriend. The spell opens a portal into which Lola unwittingly slips, drawing her into a world of psychic abilities, crime solving, and general shenanigans as she struggles to master her newfound skills. Along the way, Lola meets her oversoul, picks up a sarcastic and reluctant fairy guide, and takes a madcap journey to enlightenment.

Like Lola, author Lisa Bonnice has been tasked with figuring out her own psychic abilities and even a family curse. Her hilarious novel reveals that truth is sometimes stranger than fiction, and laughter is often the best medicine.

To read is to learn and laugh and fall in love with the magic on the page. Lisa Bonnice is a magic maker. Her characters leap into your heart with lighthearted inspiration. She tells the story of a woman discovering her hidden gifts with humor and love. Her process of realizing who she is and what she intuitively knows is filled with authentic understanding and real knowledge of the subject. Lisa knows what she is talking about and her heroine is filled with the insights of a deep inquiry of life. I recommend this book to those on the path of awakening their sensitivities and empathic gifts.

Lisa Bonnice is an award-winning, bestselling author who unearthed a curse placed on her family. Following some bizarre life experiences, she dove deep into metaphysical study, becoming a leader in the field of ancestral healing. She is a successful comedian and true crime novelist. Learn more at LisaBonnice.com.